The design of the bike looks somewhat inspired by the Ducati XDiavel, but the Chinese power cruiser will come with an inline four-cylinder engine. Chinese motorcycle brand Benda looks all set to launch a new four-cylinder power cruiser, as latest patent design filings show. In fact, the bike was teased by the Chinese brand a few months ago, but now, in the patent images, we can clearly see the design in pictures. The overall stance and silhouette may be inspired by the Ducati XDiavel but it's not really a copy, although the familiar 'power cruiser' stance and styling is evident. What is of significance is that the bike features Benda's inline four-cylinder engine. 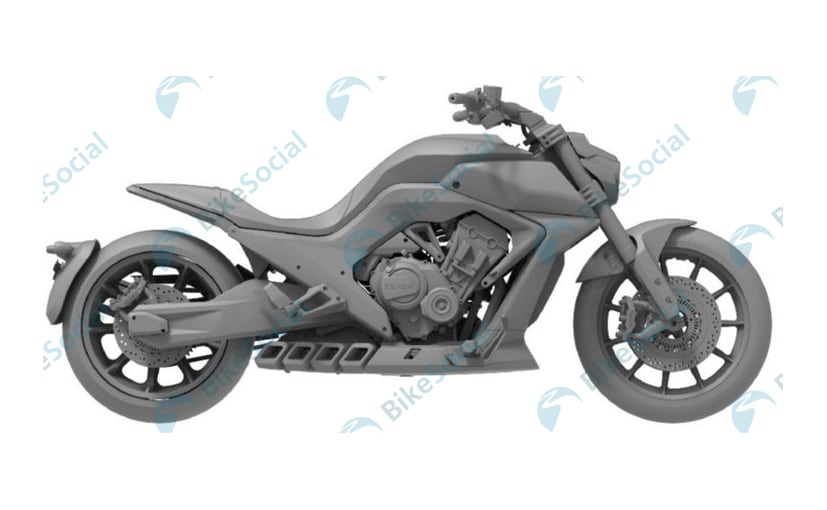 The Benda BD700 power cruiser has a familiar silhouette, like that of the Ducati XDiavel

The patent filings reveal the bike's codename, BD700, hinting that the engine may have a displacement of around 700 cc, although there have been reports that the bike could feature a 750 cc inline four. There's no word on specifications, but reports indicate that considering the engine size, it should be good for something around 100 bhp, and features an underbelly exhaust with the exhaust tips coming out from the right side of bike, just under the rider's perch. 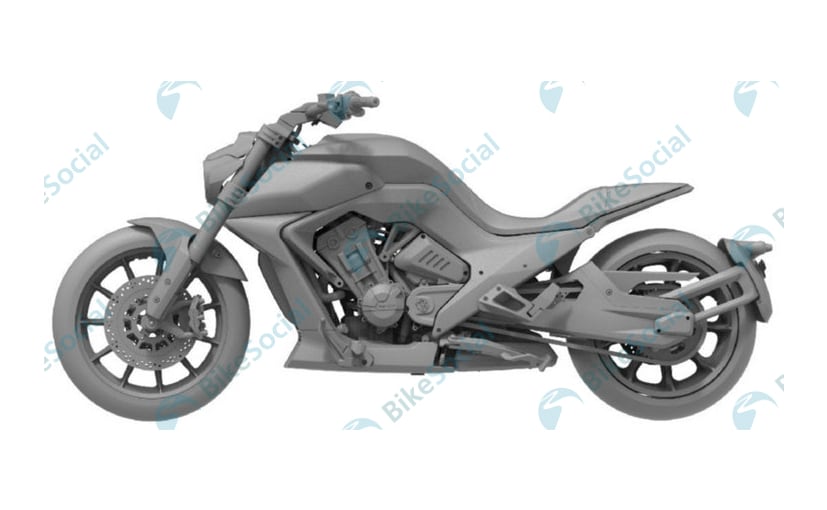 The Benda BD700 is poweed by an inline four-cylinder engine

The profile certainly is reminiscent of the Ducati XDiavel, with more visual mass at the front, so there seems to be some design inspiration taken from the Italian machine. But only the silhouette seems to be familiar; no other components or bodywork resembles the XDiavel, although the ergonomics are likely to be similar to the XDiavel, with forward set footpegs for the rider, and a wide handlebar aligned to the slim, low seat.

The frame though, is likely to be aluminium or steel, unlike the steel trellis frame of the XDiavel, and the swingarm is double-sided, with radial four-post calipers at the front for anchorage, along with upside down forks and a final chain drive. The rear tyre seems to be quite a fat one, keeping in line with the power cruiser design language. So far, there's no word on launch timelines, and other details on if the BD700 will be exported to other markets. The bike will be built by Zhejiang Changling Binjiang (Benjian) Motorcycle, an automotive group which makes a wide range of vehicles, from 50 cc scooters, motorcycles, trailers and other construction vehicles. While the Benda BD70 may be sometime away from production, it certainly underlines the Chinese motorcycle industry's future path.