Tesla cut $3,000 from the price of the Model S sedan and $2,000 from the Model X SUV. The company said that it periodically adjusts prices and available options like other car companies. 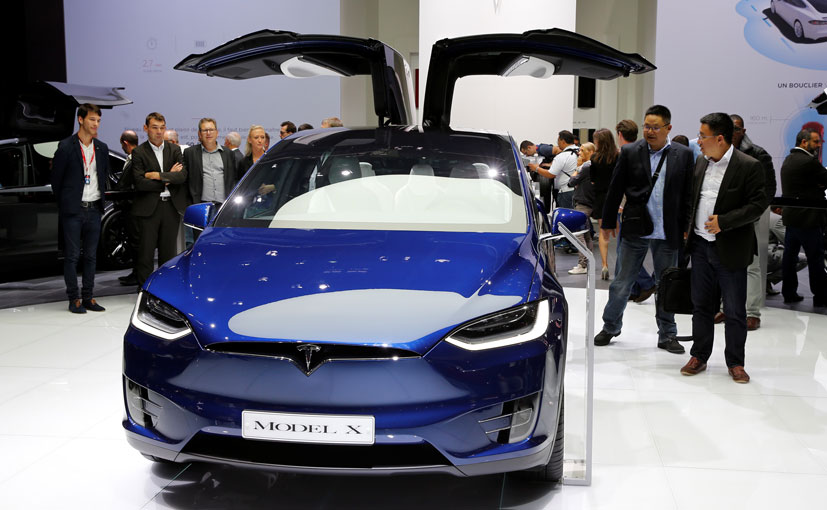 Faced with a slumping stock price and questions about demand for its vehicles, Tesla has lowered the U.S. base prices of its two most expensive models. The company on Monday cut $3,000 from the price of the Model S sedan and $2,000 from the Model X SUV. Tesla said in a statement that it periodically adjusts prices and available options like other car companies. The decreases offset price increases from a month ago when Tesla offered longer battery range and added a new drive system and suspension. The statement didn't say if slowing sales influenced the decision.

The moves come as Tesla's stock is under pressure and has at times dropped below $200 per share. Several analysts have questioned whether the company can sell enough cars to cover its expenses without dipping into cash reserves.

Shares traded Tuesday afternoon at $205.62, up slightly from Monday's closing price. They are down more than 38 percent so far this year, cutting the company's market value more than $20 billion to $36.5 billion. On Monday the shares hit their lowest point since late 2016.

Tesla said in a statement that the reductions are about 2% to 3% on the S and X. The company last week raised the price of its top-selling Model 3 by $400, pushing the base price to $35,400. "By any reasonable standard, these small changes are not newsworthy," the company said in a statement.

On Monday Wedbush analyst Daniel Ives wrote in a client note that he has concerns about Tesla's growth prospects and underlying demand for the Model 3 during the coming quarters.

Ives called Tesla a "code red" situation. "We have continued concerns around Tesla's ability to balance this 'perfect storm' of softer demand and profitability concerns, which will weigh on shares until Musk & Co. prove otherwise in terms of delivering solid results over the coming quarters," Ives wrote, referring to CEO Elon Musk.

Palo Alto, California-based Tesla said last month it lost $702.1 million in the first quarter, among its worst quarters in two years. Sales tumbled 31% in the period. Musk predicted another loss in the second quarter but said Tesla would be profitable again by the third quarter.

In January, the automaker cut its prices by $2,000 per vehicle, acknowledging that the pending expiration of a $7,500 federal tax credit for its electric cars will hurt sales. The credit is gradually being phased out for Tesla by the end of the year.