Maruti Suzuki has unveiled the Futuro-e Concept at the Auto Expo 2020. With this concept the company has showcased a concept study SUV which demonstrates a bold new global design language along the lines of the coupe-SUV bodystyle. The Maruti Suzuki Futuro-e concept gets a coupe roofline which swoops at the rear, while it's a big and bold front that adds aggression to the car. It gets larger LED daytime running lights and wraparound LED taillights as well which basically gives it that modern and youthful appeal.

The Futuro-e Concept previews the company's entrant into the compact SUV, and yes this means that Maruti Suzuki will go after the likes of the Kia Seltos, Hyundai Creta, Tata Harrier and even the MG Hector. The upcoming offering is also likely to arrive with only a petrol engine on offer. Maruti Suzuki has a limited presence in the SUV segment that is fast-growing. 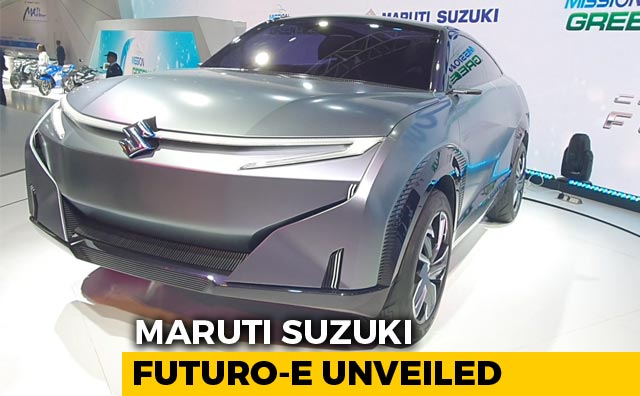