Established in 1899 by Louis Renault and his brothers, Renault is a multinational automobile manufacturer, headquartered in Boulogne-Billancourt, France. Renault formed a strategic alliance with Japan based auto manufacturer, Nissan in 1999 through a cross-shareholding agreement. The alliance controls nine major brands and is a leading global plug-in electric vehicle manufacturer. Headquartered in Chennai, Renault India Pvt Ltd, is a 100% owned subsidiary of Renault S.A. The company made its first foray in Indian market in 2005 through a joint venture with Indian based automobile manufacturer, Mahindra & Mahindra. In 2010, Renault bought back its shares from Mahindra and formed Renault India Pvt Limited. Renault India launched its first independent model, Fluence saloon in May 2011, followed by Koleos SUV, Pulse hatchback, Duster SUV and Scala sedan. Duster was a game-changing model for Renault that changed its fortunes in India market. Later on, the company added other models to the line-up including Lodgy MPV and Kwid hatchback in the volume segment. Kwid is yet another game-changing model from Renault in the budget space that further cemented its hold in Indian market. Renault cars are manufactured at its production facility located in Oragadam, in the suburbs of Chennai. The manufacturing facility was set up by Renault-Nissan alliance in early 2010 and has a combined annual production capacity of 480,000 vehicles. The company also has a design studio, ‘Renault Design Studio’ in Mumbai, Maharashtra. Set up in 2008, this is the first design house by a foreign manufacturer in the country.

The 2019 Renault Kwid facelift surprised many with its very extensive makeover. The car gets some new features too, and yet holds on to its inherent strengths that made this SUV-inspired entry...

We have finally got to drive the long-awaited Renault Triber. Lots to talk about the new 7-seater, be it positioning, attributes, or features, and we have covered them all for you in this first...

The Renault Duster gets another big facelift for 2019 to keep the sales going till the 3rd generation Duster comes to India by 2021. Is it a case of too little too late? Or will the new Duster be...

Last year when we drove the all-new Renault Captur, we have to say, we were quite impressed. Now we have finally managed to get our hands on the petrol version of the car, and we have a lot of...

The Renault Kwid finally gets a much-deserved update in 2018, and we got to spend a day with the top-end AMT variant of the car. he 2018 Renault Kwid might not appear all that different from the...

The Renault Captur is the latest car in the Compact SUV segment in India. It is available in 1.5 litre diesel and petrol. The oil burner is mated to a 6-speed manual gearbox while the petrol comes...

When you compare prices outright, the Kwid AMT ranges from Rs 3.78-4.49 lakh(ex-showroom) and is available in four variants. The Tiago on the other hand is priced between Rs 4.79-5.39 lakh...

The Renault Lodgy Stepway is yet another addition to the new-age MPVs that come with a crossover-ish flavour. Renault launched the Lodgy Stepway back in December 2016 and the new model comes with...

We drive Renault's much-awaited Kwid AMT and have quite some positive opinions about it. Read out comprehensive review to find if its actually better than the competitors' offerings.

The Kwid's existing 0.8 litre engine has been reworked - by expanding its bore and stroke - to produce more capacity and indeed an extra 200 cc. We find out how it is to drive.
Read More Expert Reviews 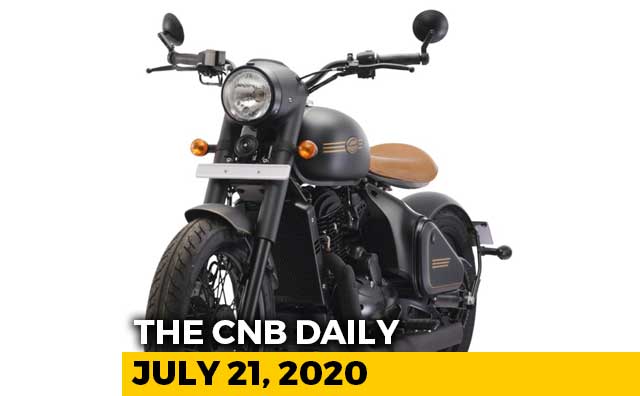