The 2019 Renault Kwid facelift surprised many with its very extensive makeover. The car gets some new features too, and yet holds on to its inherent strengths that made this SUV-inspired entry hatchback popular to begin with.ge 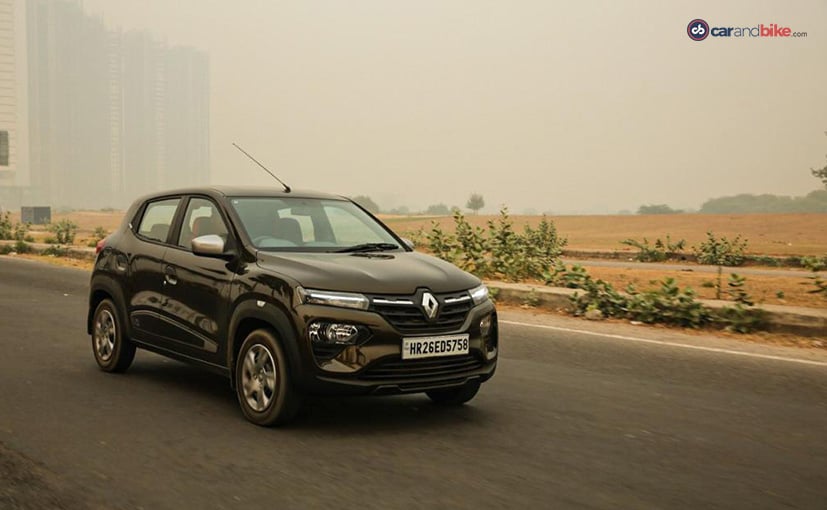 The Renault Kwid entry-hatch first arrived in 2015 and so was due for its facelift. Don't get me wrong, the car has already undergone several updates - mostly on account of safety requirements - and also got many variants in its 4 year journey. But what you see now is a completely updated car. 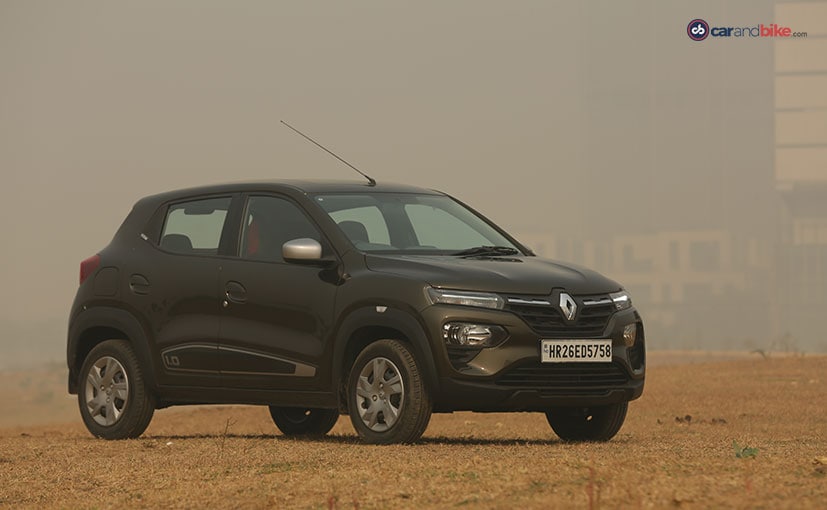 The grille on the new Renault Kwid is not as wide as before, but gets deeper.

The face screams makeover on the new updated Renault Kwid. The car was always good looking and very well proportioned, but now also gets to add modern to its muscle. The headlamps have moved down into the bumper, and the indicators and daytime running lights (or DRLs) are housed in a slim cluster up top. What is great is that those DRLs are standard across all variants. The grille is not as wide as before, but gets deeper, and yet houses that big Renault logo as before.

Also Read: 2019 Renault Kwid: All You Need To Know 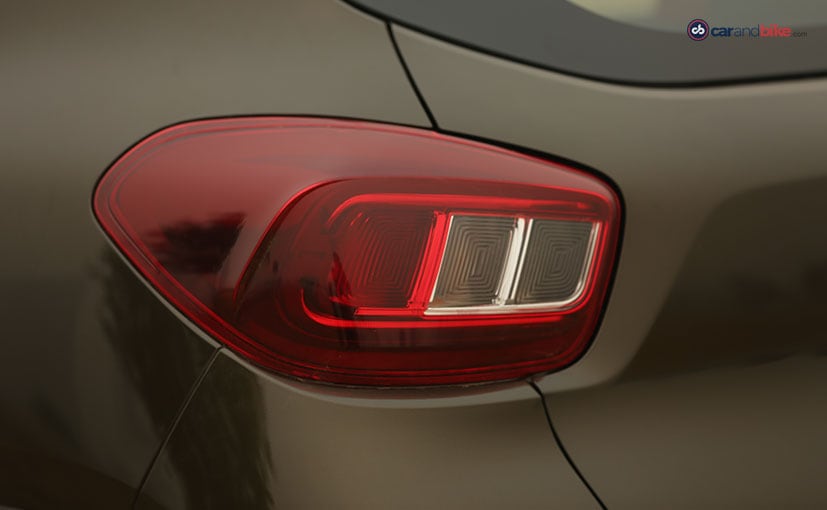 The tail lamps of the new Renault Kwid get new LED light guide.

The whole effort is to drive home not just modernity, but stick to its SUV styling roots - after all a lot of new SUVs across brands now have the slim lights look, don't they? Think Hyundai Kona and Venue, Tata Harrier, and MG Hector - and you will get what I mean! The side flanks and rear are similar to before, except the tail lamps now get an LED light guide signature now. There's also a new colour - Zanskar Blue. The car with me today though is the Outback Bronze. The top trims get two tone mirrors, special wheel covers, and the side body moulding with decals as before.

Has anything changed inside? 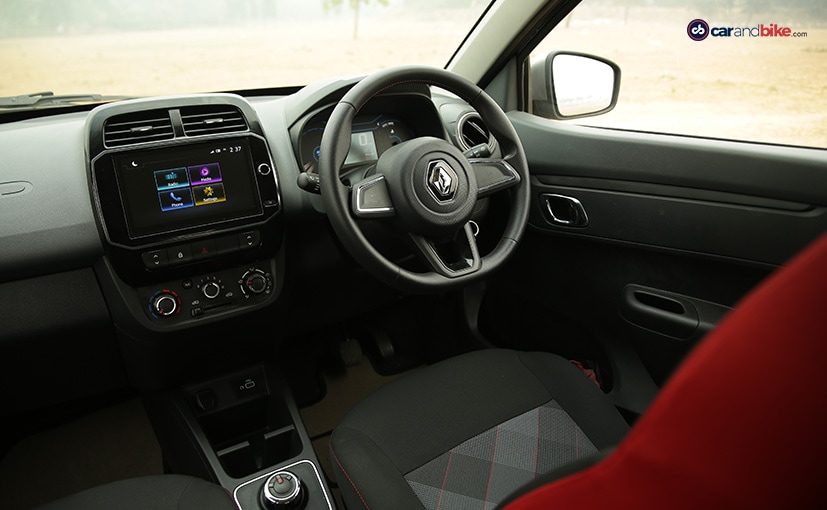 Yes - though plenty. The layout is similar to before but the palette has become a darker grey, which does uplift the sense of perceived quality. Then there is the tweaked dash design that now carries the car's name embossed into the section facing the front passenger. The touchscreen in the top end models is now an 8 inch, as against the 7 inch screen on the pre-facelift Renault Kwid. The interface is also updated, and it gets music, nav and phone connectivity options as before. 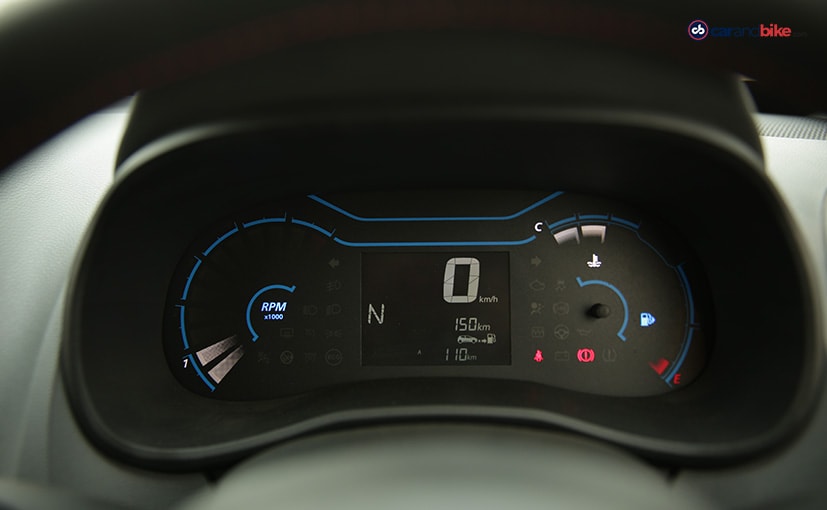 The instrument cluster is all new - and quite impressive for this segment. It is all digital, and even gets a very cool digital tachometer. The base 0.8 litre standard variant does not get this, but it kicks in for all other variants. This makes the car seem more upmarket and modern too, along with that large touchscreen - which is also only on the upper variants. The car only comes with a driver side airbag as standard - the RXT onwards you have an option of dual airbags. The chrome surrounds for the AC vents and AMT dial are also only at the top end. The top trims also get different two tone upholstery trim - red in the RXT and orange highlights in the Climber trim. 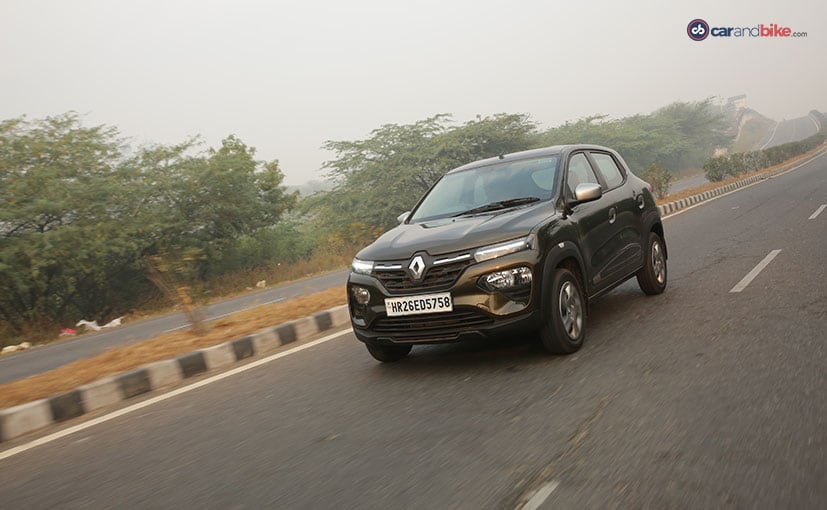 The new Renault Kwid Facelift is similar to its predecessor mechanically and has similar driving dynamics.

Now the company has not claimed any mechanical changes on the car, and so I tested the Kwid facelift with no expectations. And so the car drives as before - with the same kind of surety, composure and comfort. The focus on good ride quality has stayed intact, and the 1.0 litre engine is still peppy. I expect no changes on the 0.8 variant either. The car's steering, handling and ride are its performance USPs still. The AMT or 'Easy-R' as Renault calls it - is also smooth enough to get the job done. The way the Renault Kwid turns in - even at higher speeds, is also one of its key strengths - and that too is as it was. More safety features over the years have also included strengthening the car's body shell, and the enhanced stiffness does come through to a certain extent - though this was true of the pre-facelift car as well. Claimed mileage on the 0.8 variant is 22.30 kmpl and on the 1.0 is 22.50 kmpl. 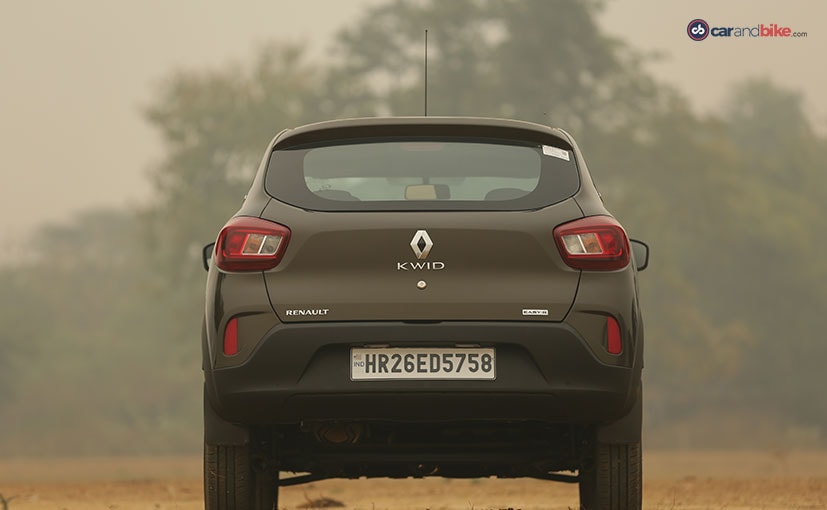 The updated Renault Kwid still remains good value for money. The 0.8 version starts at ₹ 2.83 lakh and gets 4 variants going up to ₹ 4.13 lakh for the top spec RXT. The 1 litre model is only available in RXT trim and starts at ₹ 4.33 lakh and goes to ₹ 4.70 lakh for the fully loaded AMT variant. The Climber trim comes in at ₹ 4.54 lakh and you get its top spec AMT version for ₹ 4.92 lakh. The Renault Kwid always had to take on everything from the Maruti Suzuki Alto, Wagon R and Celerio to the Tata Tiago. Some changes in the competition set include the arrival of the Hyundai Santro, the upgrading of the Wagon R to a higher segment, and the brand new Maruti-Suzuki S-Presso which really does become its most immediate head-on rival. More on that clash soon!

The Renault Kwid has done enough to stay relevant, credible and capable. And yet it remains good value, offers a fair bit of kit at the entry end of the market, and looks pretty cool while doing it. So yes this is a proper facelift, one that deserves your attention if you are an entry buyer. But I would still hold out on Renault climbing back with a good crash rating, and making more safety equipment as standard or even optional from the base variant up, on the new Kwid.