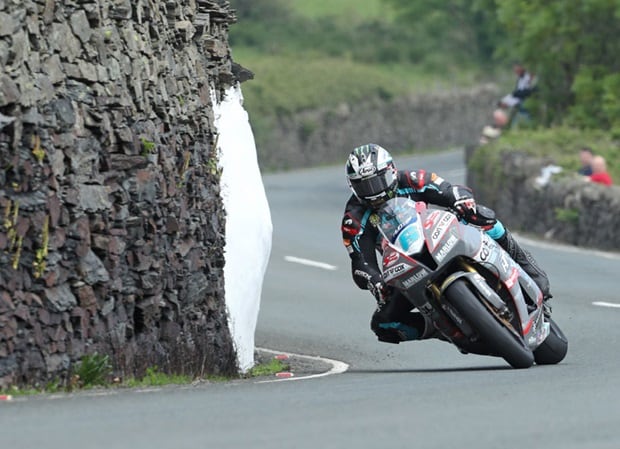 Michael Dunlop claimed his 17th Isle of Man victory with a record-breaking ride in the opening Monster Supersport race at the Isle of Man astride his Michael Dunlop Racing Honda CBR600RR. Joining him on the Monster Energy Supersport TT race 1 podium were Silicone Engineering Kawasaki's Dean Harrison (ZX-6R) and Trooper Beer Triumph's Peter Hickman (675R) respectively. Dunlop's second lap of 129.197 mph (207.922 kmph) shattered his personal record set in 2013 around the 60 km Mountain Course. It's Dunlop's second win this year, coming first in the Superbike race for Tyco BMW on Saturday.

The race was marred by the death of newcomer Adam Lyon, who lost his life in an incident on the third lap of the Supersport race. In all, two riders have lost their lives at the Isle of Man TT this year. Last week, Michael Dunlop's Tyco BMW teammate Dan Kneen died following a high-speed crash during practice for the Supersport race.

The Isle of Man TT is considered to be the most dangerous road race in the world which has claimed more than 200 lives since the event was introduced in 1907. Michael Dunlop's late uncle Joey still holds the record for most TT wins at 26, and the next closest rider for overall TT wins is John McGuinness with 23 wins. This year, John McGuinness has missed the Isle of Man due to injuries sustained last year at the Ulster Grand Prix. McGuiness's injuries have exacerbated again after a hairline injury in his fractured leg.