The 2018 edition of Isle of Man TT claims its second fatality as newcomer Adam Lyon dies in the SuperSport race. 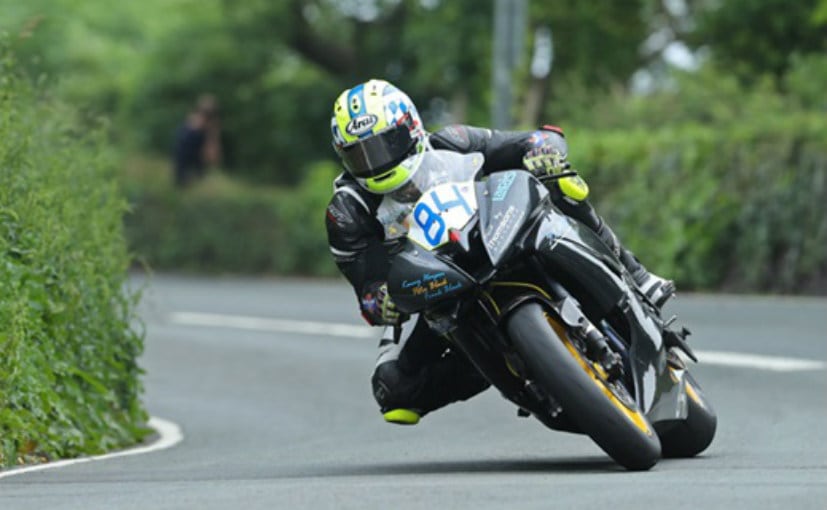 View Photos
Adam Lyon was 26 years old. It was his first outing at the Isle of Man TT

The Isle of Man Tourist Trophy is one of the deadliest motorsport events with fatalities every year. This year too, the famous Snaefell Mountain Course, where the participants race, took away the lives of two motorcycle racers. Dan Kneen, representing Tyco BMW passed away a few days ago at the Superbike qualifying and just days later; the Isle of Man TT saw the death of newcomer Adam Lyon during the SuperSport race. He was representing his own team 'Lyon Racing'. Lyon was 26 years old and was a resident of Helensburgh, Scotland. He crashed at Casey's, which is just after the 28th milestone, on the third lap of the Monster Energy Supersport Race. He was riding a Yamaha R6.

Lyon had qualified 24th out of 76 riders in the SuperSport race. His fastest lap was 122.636 mph or 197.36 kmph. He was carrying an average speed of 123.443 mph or 198.662 kmph. This was Lyon's first ever outing at the Isle Of Man TT. He previously participated at the 2017 Ulster Grand Prix, finishing 11th in the SuperSport race and at the 2010 Pirelli National Superstock 600 Championship where he got a podium finish at Silverstone.

Here is the statement from ACU Events, which organises the Isle of Man TT races. "ACU Events Ltd regrets to confirm that Adam Lyon, 26, from Helensburgh in Scotland was killed in an incident during the Supersport 1 Race today at the Isle of Man TT Races. The accident occurred at Casey's, just after the 28th mile of the course, on the 3rd lap of the race. ACU Events Ltd wishes to pass on their deepest sympathy to Adam's family and friends.