Michael Dunlop's victory in the Superbike race comes three days after his Tyco BMW teammate Dan Kneen died during qualifying at the Isle of Man. 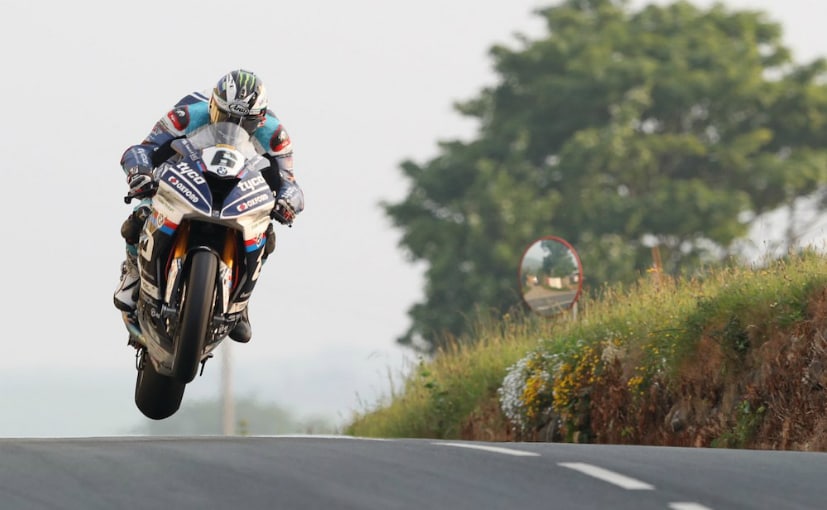 Michael Dunlop has won his 16th Isle of Man TT victory winning the RST Superbike race in a record-breaking effort. Dunlop became the only rider to top an average speed of 130 mph (over 209 kmph), after taking the lead from Dean Harrison who retired due to a mechanical problem on his ZX-10R on the fourth lap of after shattering the outright lap record on his opening lap with a mind-blowing 134.432 mph (216.347 kmph) on his Tyco BMW S1000RR. Connor Cummins finished second on his Padgetts Honda CBR1000RR with James Hillier in third of Quattro Plant JG Speedfit Kawasaki.

The opening four of the six laps around the 60 kilometre long Mountain Course were led by Silicone Engineering Kawasaki's Dean Harrison, who set a new lap record before being forced to retire due to mechanical issues on his Kawasaki ZX-10R. Michael Dunlop, who was chasing Harrison for the first four laps, then took the lead and claimed the checkered flag over 50 seconds ahead of the field. Dunlop's Tyco BMW teammate, Dan Kneen, died last week during qualifying following a high speed crash.

The riders chose not to spray champagne on the podium on reflection of the loss of their compatriot Dan Kneen who lost his life early in the week. South African David Johnson took fourth place for his team Gulf BMW, almost two minutes ahead of fifth placed Michael Rutter. Josh Brookes took the tenth position on his Norton after running as high as seventh during the early parts of the race.