The Bimota Tesi H2 will be powered by the Kawasaki Ninja H2's 998 cc inline-four engine which puts out 228 bhp of power. 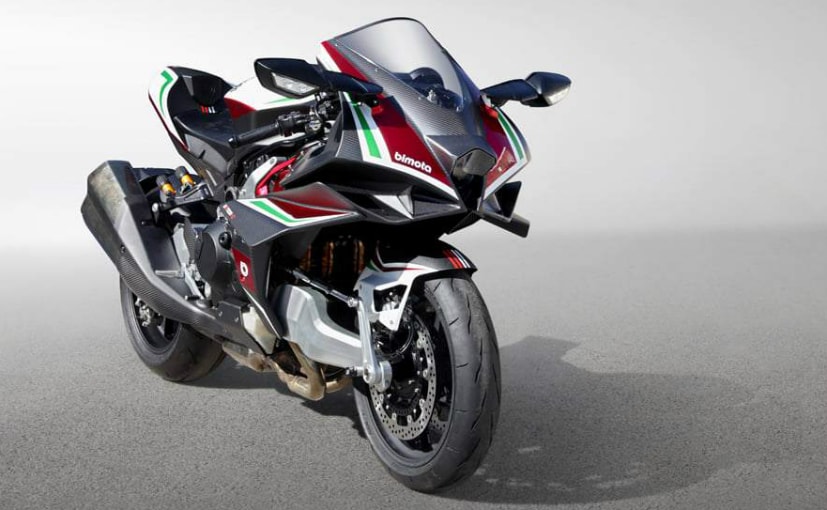 The much anticipated production version of the 2021 Bimota Tesi H2 'hyperbike' has been revealed, but still in pictorial form. But now we know the power figures and the actual launch date, which will be October 1. Based on the Kawasaki Ninja H2, the Bimota Tesi H2 has been in the making for some time now, and several prototypes have been spotted undergoing test runs as well over the past few months. Now, there's the confirmation that the Tesi H2 will be launched, and we get to see an image, which is still not an actual image, but close. 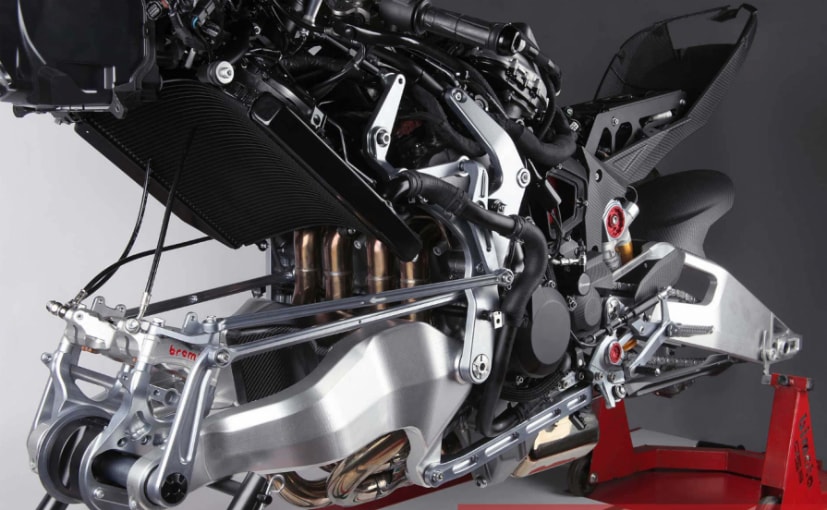 Under the bodywork will be the Kawasaki Ninja H2's supercharged four-cylinder engine with the same figures, so, 228 bhp, and 238 bhp with the 'Ram Air' induction. With different carbon fibre elements and a unique hub-centre steering, the Bimota Tesi H2 may in fact be faster than the Kawasaki, and is expected to be a sharp handler as well. With the Tesi H2 coming to market in Europe as early as October 1, 2020, when its price and full specifications will be announced, it will mark the beginning of a era of Kawasaki's ownership of the storied Italian brand. 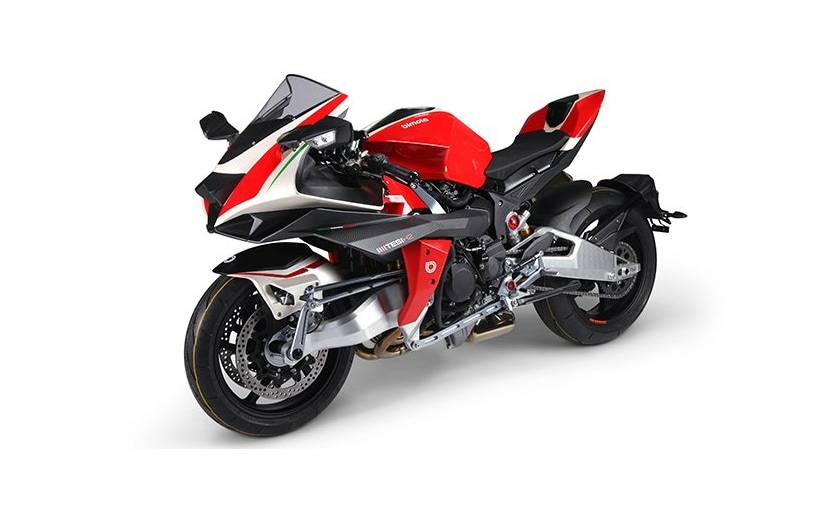 The Bimota Tesi H2 was announced as a concept at the EICMA 2019 show in Milan, Italy. The Tesi H2 uses the same 998 cc engine of the Kawasaki Ninja H2, but it's mounted on a double swingarm chassis, and a unique hub-centre steering system, which separates the steering and suspension.

Bimota was founded in 1973 by Valerio Bianchi, Guiseppe Morri and Massimo Tamburini. The company takes its name from the first two letters of the surnames of the founders. Last year, Kawasaki acquired 49.9 per cent stake in Bimota, and all future Bimota motorcycles will be powered by Kawasaki engines.