The Kawasaki Z1000-based Bimota KB4 is being tested and from the looks of it, the bike is closer to production. 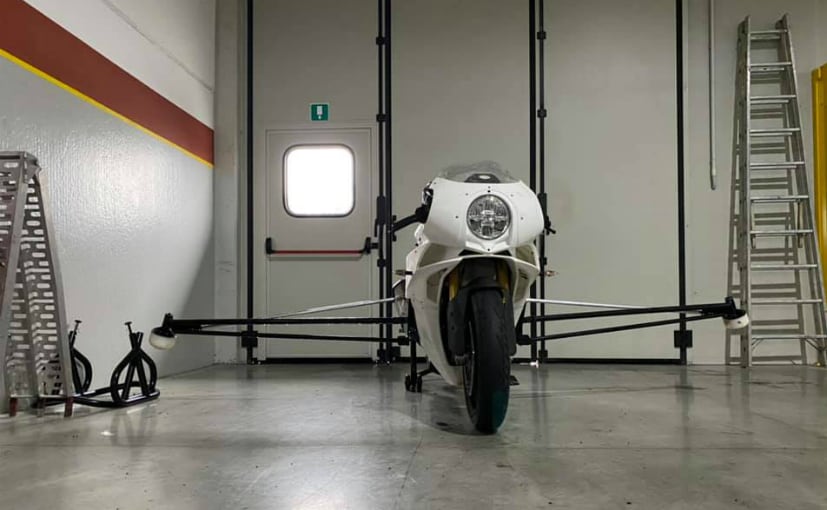 The upcoming new Bimota KB4 has been spotted undergoing test runs at an undisclosed test track. Kawasaki acquired a 49 per cent stake in Italian motorcycle brand Bimota, and the first new Bimota, the Tesi H2 was unveiled, based on the Kawasaki Ninja H2. The second bike, is the Bimota KB4, and the somewhat retro-inspired KB4 is also based on a Kawasaki, the Kawasaki Z1000. The Bimota KB4 uses the same 1,043 cc, inline-four engine of the Z1000 and the Ninja 1000SX, and now the KB4 seems to be one more step closer to production.

A new post on Bimota's Facebook page shows a video of the Bimota KB4, suggesting that the bike may be very close to its official debut. The short clip showcases the Bimota KB4 undergoing a braking test, and in fact, this is the first time that the KB4 is actually seen in action, apart from a few spy shots seen earlier of a disguised test bike. In 2019, Bimota had released a few renderings of the KB4, and earlier this year, a couple of blurred images of the bike were released, to keep interest alive in the latest from the storied Italian brand. Soon afterwards, a camouflaged KB4 prototype was also spotted while on road test somewhere in Italy.

The latest photos show that the Bimota KB4 looks quite similar to the renderings released over a year ago. The retro-styled fairing features a round headlight, and also gets intakes and fins which add more of the retro flavour. The KB4 is powered by the 1,043 cc, inline-four engine of the Kawasaki Z1000, so we expect power figures to be more or less around the same, putting out around 135 bhp and over 110 Nm of peak torque. More details are still awaited, but we reckon Bimota will release the KB4 sometime in 2021.