The Hyundai i20 N is inspired by the i20 Coupe WRC, a rally car based on a highly modified version of the road-going Hyundai i20 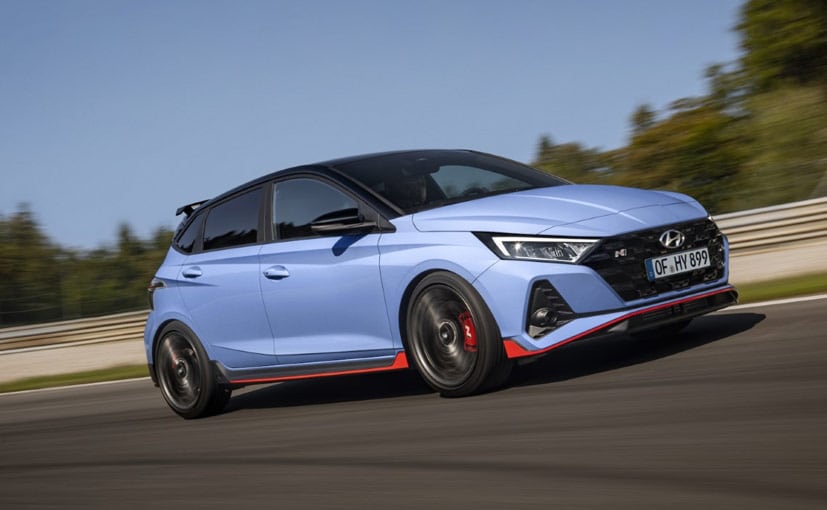 Hyundai has revealed its latest high-performance model, the all-new i20 N, a racetrack capable hot hatch inspired by the i20 WRC rally car. The latest model joins the i30 N and i30 Fastback N among Hyundai's high-performance line-up in Europe to satisfy performance-oriented enthusiasts.
The all-new i20 N has its roots in motorsport. It is inspired by the i20 Coupe WRC, a rally car based on a highly modified version of the road-going Hyundai i20, and thus has the same weight as the minimum weight required in FIA World Rally Championship (WRC). 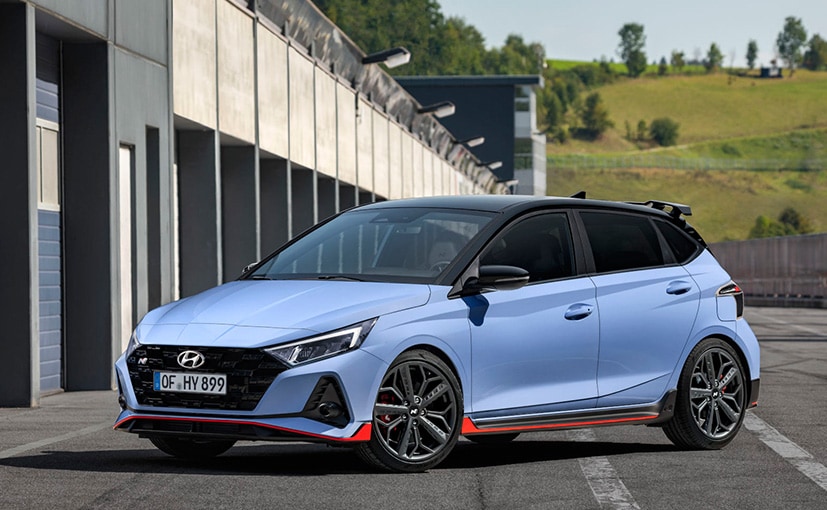 It is inspired by the i20 Coupe WRC, a rally car based on a highly modified version of the road-going Hyundai i20

Thomas Schemera, Executive Vice President and Head of Product Division at Hyundai Motor Company, said, “Our high-performance N brand has been hugely successful since we launched the i30 N in 2017. This time, we decided to develop a model inspired by our i20 Coupe WRC, which last year led us to success in the World Rally Championship. With the all-new i20 N, we are expanding our high-performance N line-up to appeal to even more customers who want to experience the thrill of the racetrack in their everyday lives.”

The all-new i20 N sits lower to the ground because it has a 10 mm lower ground clearance compared to the normal hatchback. The front is dominated by the front bumper with a larger air intake for the turbo engine. The wide radiator grille with N logo features a unique pattern inspired by a chequered flag, underlining the all-new i20 N's racetrack capability. Below the grille, a lip spoiler featuring Tomato Red accents further enhances the model's performance-oriented design. This colour extends to the new side skirt and the rear, emphasising its width. Meanwhile, unique side sills reinforce the link between the front and rear of the car. 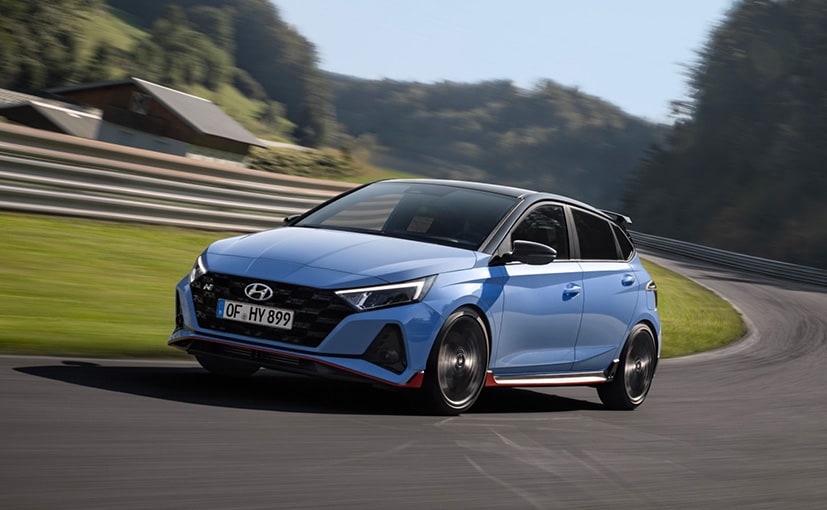 At the rear, a distinctive WRC-inspired roof spoiler enhances downforce and underscores the aerodynamic nature of the all-new i20 N so that it is fun to drive on any road and helps maintain stability even at high speeds. A rear bumper with built-in diffuser-like elements and triangular rear fog light echo the iconic light shape found on the i30 N and i30 Fastback N. In addition, a big single exhaust emphasises the high-performance potential of the engine.

Other design highlights include front LED headlamps, while the darkened tail lamps resemble a black diamond. The all-new i20 N's sporty credentials are further accentuated by its bespoke 18‑inch alloy wheels with a grey matte finish and N-branded brake callipers. 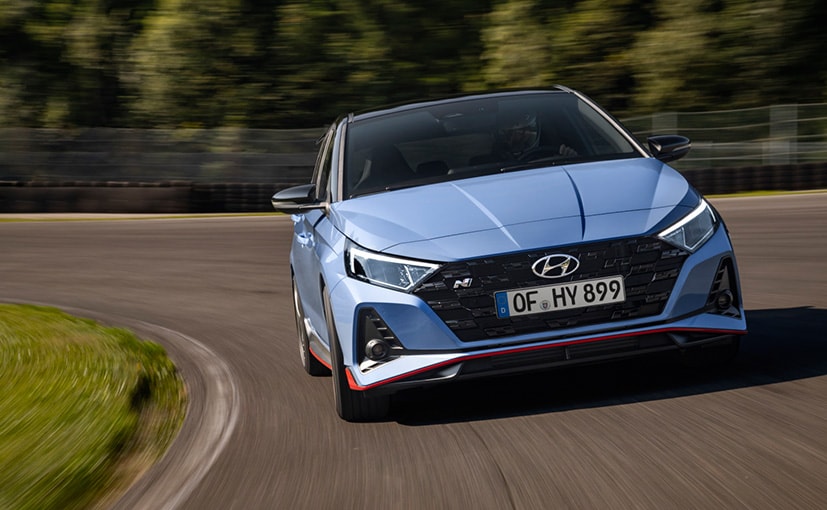 Inside, the all-new i20 N represents a high-performance driving space with a host of N-specific advanced and high-tech premium features. This includes dedicated sport seats with an integrated headrest that are unique to the all-new i20 N, as well as N steering wheel and N gear knob and sporty N metal pedals. The black interior features Performance Blue accents throughout and all‑black head lining. 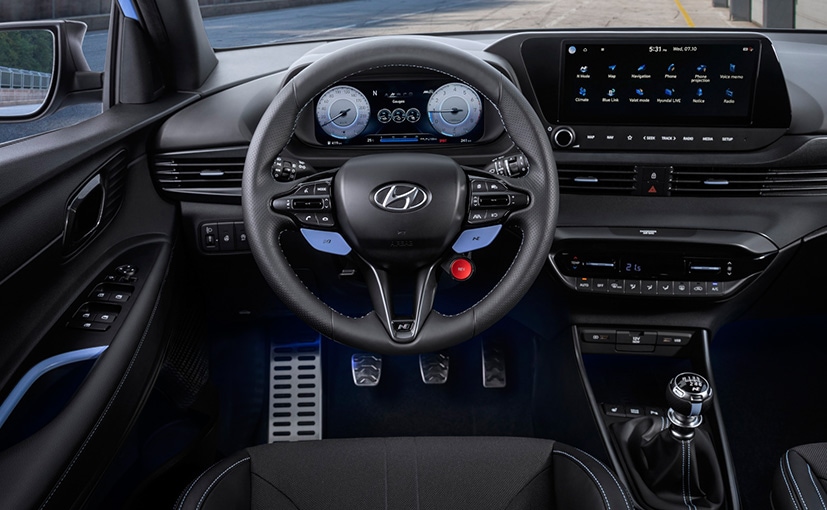 The digital cluster and AVN screen include features such as the variable LED red zone, which varies according to engine oil temperature, and the shift-timing indicator, which shows the driver the best time to switch gears.

But now, let's get to the heart of the matter. The all-new i20 N is powered by a 1.6-litre turbocharged GDi engine with a six-speed manual transmission. This engine is the first of a new generation to feature in a European Hyundai model, and delivers a maximum output of 201 bhp and a maximum torque of 275 Nm. With 1,190 kg of weight just as the i20 Coupe WRC, the power-to-weight ratio is one of the best in class. The all-new i20 N delivers a maximum speed of 230 kmph, and can go from 0 to 100 kmph in just 6.7 seconds. 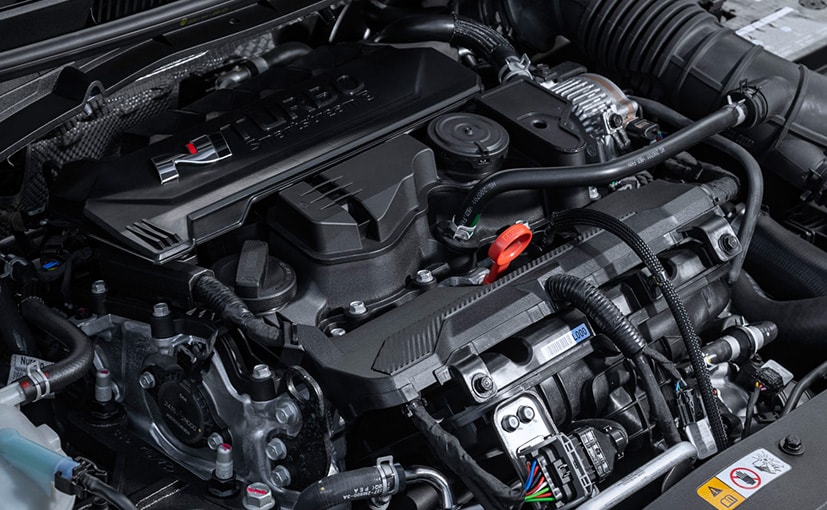 The all-new i20 N is powered by a 1.6-litre turbocharged GDi engine with a six-speed manual transmission

The all-new i20 N features a Performance Driving Data System to monitor and improve the driver's track skills. This feature saves and displays driving data, including information on bhp, torque, turbo boost. It also comes with a lap and acceleration timer.

The all-new i20 N comes with an optional 10.25-inch LCD touchscreen navigation system with dedicated N content, Apple CarPlay and Android Auto. It is also available with the latest version of Bluelink, Hyundai's state-of-the-art connected car services. This offers a wide range of Connected Car services such as Hyundai LIVE Services, Connected Routing and Last Mile Navigation, as well as remote features via the Bluelink smartphone app. Bluelink comes with a free five-year subscription.