The Hyundai Kona Electric Rally car makes about 800 kW or 1,073 bhp and weighs just 1,400 kg, making for a power-to-weight ratio that puts it on par with the top tier WRC rally cars. 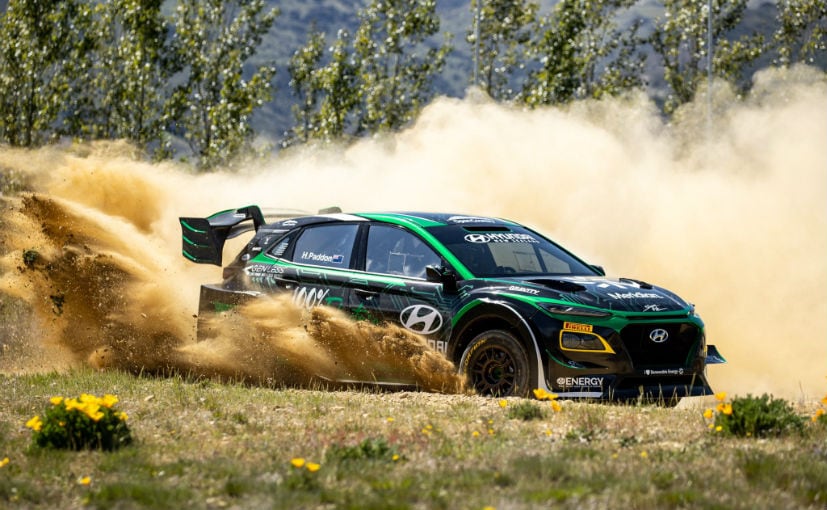 The world of motorsport is evolving much like the auto industry with more and more alternative events are coming up as the energy powering vehicles is changing. While Formula E remains the oldest and more renowned in this space, we are yet to see automakers make headway in the rally space with electric cars. However, former World Rally Championship star Hayden Paddon from New Zealand may have just given us a glimpse of what that future might look like with the rally-prepped Hyundai Kona Electric SUV. If the Group B rally cars known for their infamous power, had a modern equivalent, this would be it. The battery, inverter and motors come from the Austrian company Stohl Advanced Research and Development (STARD)

The Hyundai Kona EV Rally car is Paddon's personal project and is developed by his team - Paddon Rallysport - with the support of Hyundai Australia. The electric rally car's maximum power output stands at 800 kW or about 1073 bhp, which puts it on par with some fully-fledged WRC cars in terms of power. At the same time, the weight is barely 1400 kg with a lot of that mass positioned low that makes for better centre of gravity, which is extremely crucial for rally cars. The Kona EV rally car showcased comes with Pirelli P-Zero slick tyres that makes it ready for the gravel rounds at least.

Compared to the stock Hyundai Kona EV, the rally car has seen an overhaul. The battery, inverter and motors come from the Austrian company Stohl Advanced Research and Development (STARD), which is also developing electric rallycross cars. The team is yet to reveal more details on the battery pack, number of motors and even the range. However, Paddon does say that he aims to compete in full-length rally competitions with the Kona EV Rally car. 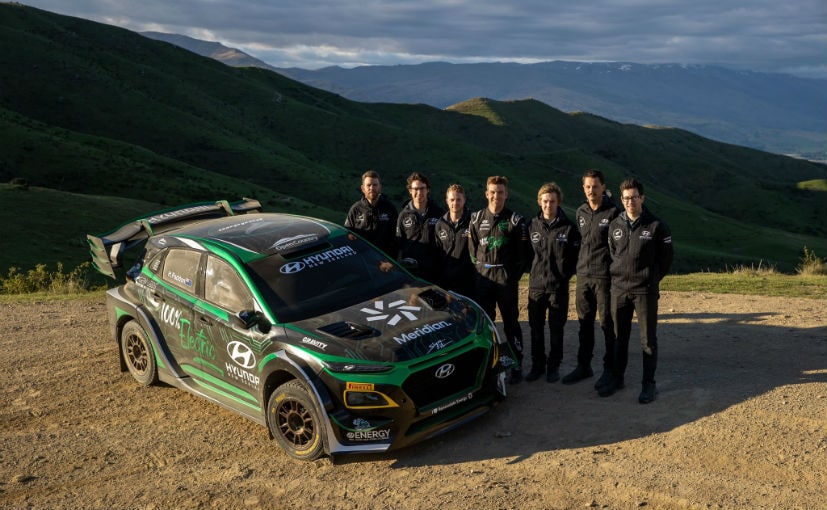 The Hyundai Kona Electric Rally car was developed by Paddon Rallysport with a total of 7 members and 10,000 man hours over 2.5 years

The development time for the special project was two-and-a-half years with over 10,000 man hours invested divided across just seven people. In fact, the chassis, design, engineering, aerodynamics, suspension, steering, cooling and all electrics were developed in-house by the team. While they did have factory support from Hyundai, it was largely a Paddon project. Speaking on the same, Hayden Paddon said, "This is much more than just another car. It illustrates a statement for both our team and the state of rallying. The entire focus of the project was to begin developing solutions to make an EV work in a real-world rally environment." 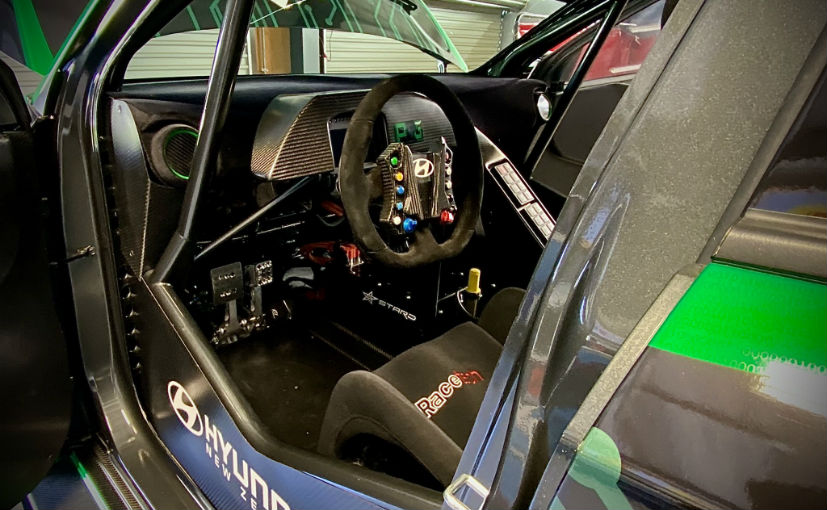 What's also interesting is that Hyundai New Zealand GM, Andy Sinclair says that the EV Kona Rally project will be followed up with a hydrogen-powered off-road racer. Will it be the developed by Paddon too? We will have to wait and see. The project does make you wonder if the FIA should've introduced an electric category with the updated 2022 WRC regulations. Meanwhile, the Hyundai i20 WRC car very much stays and will be competing in the future rallies as well.

This is just the beginning, the Hyundai Kona Electric rally car will begin an intense eight-month testing period soon, which will be followed by participating in competitions in New Zealand as well as internationally from the second half of 2021.