With the world's greatest classic and vintage car show - the Pebble Beach Concours d'Elegance coming to an end, here is how the cars from India fared. 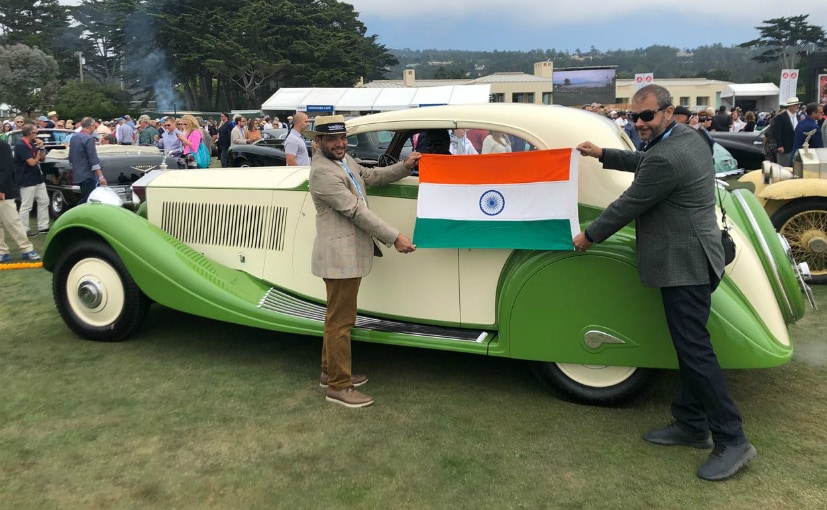 The Pebble Beach Concours d'Elegance is without a doubt the world's greatest classic and vintage car event. With cars from every part of the world participating in this fest of paint, chrome and lovely old leather, just being invited to be a part of the event is quite the honour. The 2018 Pebble Beach Concours d'Elegance was won by an absolutely stunning 1937 Alfa Romeo 8C 2900B Touring Berlinetta owned by David & Ginny Sydorick, Beverly Hills, California. But this year was extra special for us in India as there were two classes reserved exclusively for cars with an Indian history. The cars were divided into two categories, F1 - The Cars Of The Raj - Bentley and Rolls-Royce and F2 - The Cars Of The Raj. 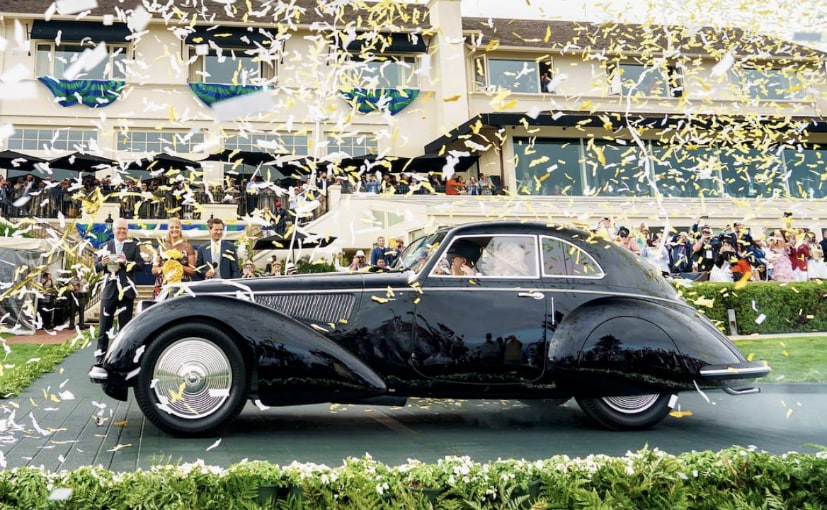 And of course, the spectacular cars that had covered the long journey from India to Pebble Beach stood out amongst the spectacular metal and did not fail to disappoint. A jaw dropping, beautiful 1935 Rolls-Royce Phantom II Continental Gurney Nutting Streamline Coupé that is owned by Amir & Wendy Jetha from Mumbai won the F1 Class. In second place was a 1937 Rolls-Royce 25/30 HP Gurney Nutting All Weather Tourer owned by Roshini Jaiswal from New Delhi, India. And in third place was a superb 1935 Bentley 31/2 Litre Antem Drophead Coupé owned and regularly driven by Jagdish Thackersey also from Mumbai. 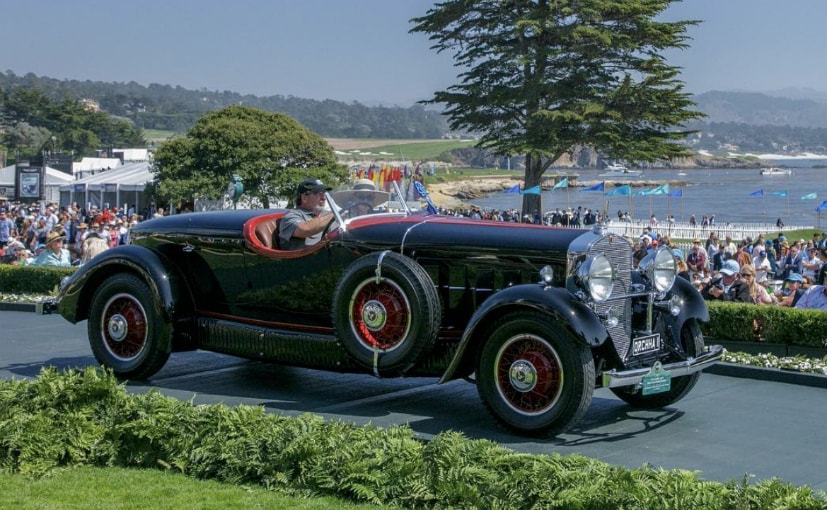 In the F2 Class - Cars Of The Raj, which was for cars that were not Rolls Royce or Bentleys, the competition was intense too - as expected. A 1931 Cadillac 452A Pinin Farina Boattail Roadster that is owned by Anne Brockinton Lee and Robert M. Lee's Automobile Collection in Reno, Nevada won the class. This particular car was extra special as it is one of the oldest Pininfarina cars in the world, once owned by the royal family of Orchha, a town in Madhya Pradesh before it was exported out of the country. In second place was a 1936 Alvis Speed 25 Vanden Plas Tourer owned by Nitin Dossa, head of VCCCI (Vintage Classic Car Club Of India) while third place went to a 1930 Stutz M LeBaron 4 Passenger Speedster owned by Diljeet & Anurita Titus from New Delhi, India. 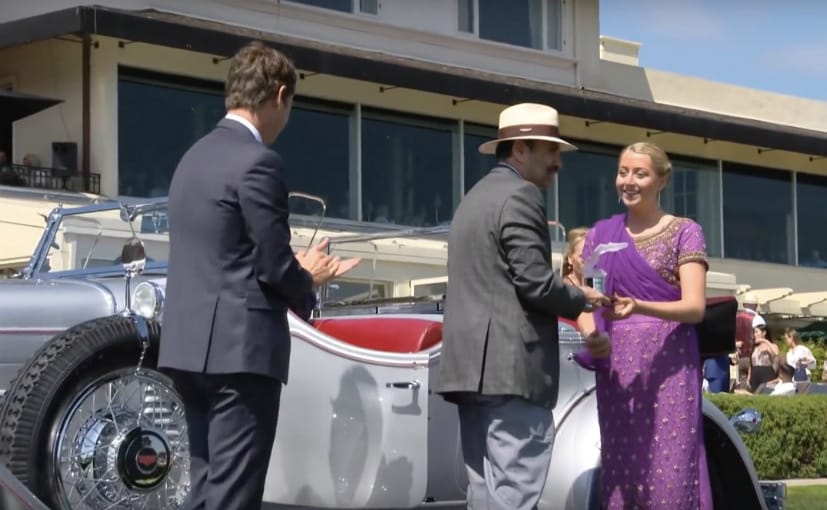 Another important award to note is the Lorin Tryon Trophy, one of the most respected and possibly the highest accolades an individual actively involved in the classic car world can get. This year, it was awarded to His Highness Rana Manvendra Singh Barwani (near Indore) for his long lasting partnership with the Pebble Beach Concours d'Elegance and of course, the Cartier Concours d'Elegance too. Speaking to NDTV carandbike, he said, "I was surprised, thrilled and extremely honoured to have received this prestigious award, and to have been recognised by the international classic car community towards preserving vintage and classic cars in India." Lorin Tyron was one of the stalwarts behind th great success of the Pebble Beach Concourse going from a local event to the world's premier classic and vintage car show. He was associated with the Pebble Beach Concours d'Elegance for 27 years till he passed away in 1999. 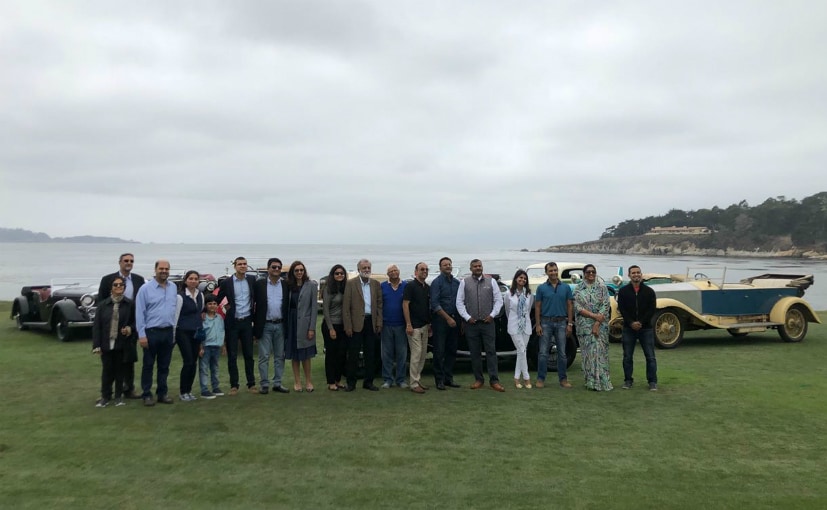 (The Indian contingent at the 2018 Pebble Beach Concours d'Elegance)

Other Indian cars that won accolades was the 1921 Rolls-Royce Silver Ghost James & Co. Open Tourer belonging to Kesri Dev Singh from the Wankaner Royal family that won a special FIVA or Fédération Internationale des Véhicules Anciens Trophy. This is the award given to the best preserved and regularly driven car in as original a condition as possible. Incidentally, this car has been in the same family since new. A 1927 Rolls-Royce Phantom I Windovers Limousine owned by His Highness Maharaja Gaj Singhji of Marwar-Jodhpur won the Montagu of Beaulieu Trophy. The trophy is given to the most significant car of British origin. The 1935 Rolls-Royce Phantom II Continental Gurney Nutting Streamline Coupé that won the F1 class also was awarded to very iconic Lucius Beebe trophy, essentially given to the best Rolls-Royce at Pebble Beach. Incidentally, unlike a lot of vintage and classic cars in the country, this particular car is driven very regularly to a host of weekend meet and drives that are organised by CDG or the Classic Drive Group in Mumbai too. This was also the official car on the artwork for the poster for this years official Pebble Beach Concours d'Elegance.