Tesla CEO Elon Musk visited the upcoming gigafacility in a Cybertruck electric pickup truck to speak to his workers. 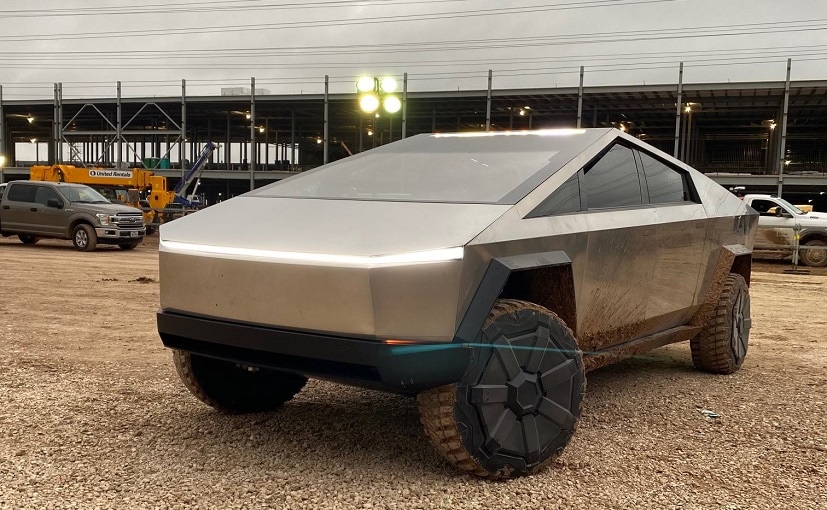 View Photos
Tesla Cybertruck was spotted at the upcoming Gigafactory in Austin, Texas

Tesla CEO Elon Musk paid a surprise visit to the under-construction Texas Gigafactory, and interestingly he arrived in a Cybertruck prototype. Musk visited the upcoming facility to speak to his workers who manufacture Tesla electric vehicles. For starters, the gigafactory in Texas is still being developed which is expected to be operational sometime this year. Moreover, Elon Musk's appearance at the upcoming facility attracted a lot of eyeballs and Tesla fans were quick to post it on Twitter.

I was just there, driving Cybertruck around the site where it will be built!

One of the Tesla fans posted quickly posted on the micro-blogging platform which reads "BREAKING: Tesla Cybertruck spotted at Giga factory." This post also caught Musk's attention, and he replied, "I was just there, driving Cybertruck around the site where it will be built."

The upcoming gigafactory in Texas will primarily manufacture the Model Y and Model 3 cars. It will be one of the facilities where semi-truck and Cybertruck models will be produced by Tesla in the future.

Unveiled to the public in 2019, the electric pickup truck from Tesla was projected as a radical option as compared to pickup trucks produced by rivals like General Motors and Ford. It was last year in May when Musk had confirmed that the Cybertruck will be built at its new facility in the United States. Then, Tesla was yet to finalise Texas as the new location for its Gigafactory.