Why Red Bull May Never Get Mercedes Engines For F1 Teams

For Red Bull this is a complicated issue as they need to have an engine before they close development for the new cars.

Mercedes team principal Toto Wolffe reportedly remains a deterrent to Red Bull acquiring a Mercedes engine for its two teams post 2021. Both the Red Bull and AlphaTauri teams which have Honda engines will lose their supplier after the 2021 season as the Japanese company has decided to exit its F1 venture. "At Red Bull, they certainly do not rule out the possibility of a Mercedes engine coming in. They assume that Toto Wolff will leave there and he is the one who is holding back the deal," said Dutch commentator Olav Mol to F1 aan Tafel.

He claims that till Toto Wolffe is in charge of the Mercedes team, Red Bull likely will not be able to procure a Mercedes engine. Wolffe had famously vetoed Red Bull acquiring a Mercedes engine at the end of 2017 when Red Bull's partnership was ending with Renault. 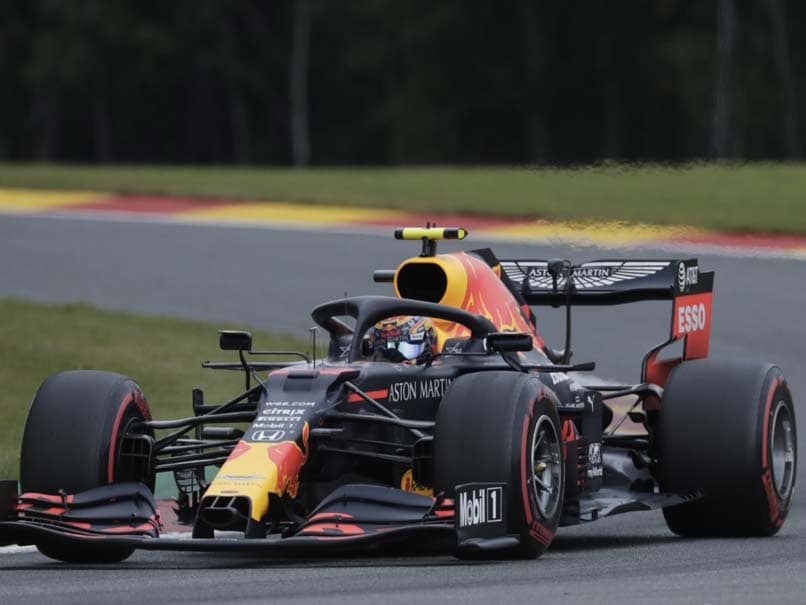 Wolffe is expected to have changed in his role at Mercedes something he has also indicated, but he may still be in charge and many rumours about a Mercedes exit from F1 along with his end at the team have been repeatedly proven to be unfounded.

The concern for both teams like Ferrari and Mercedes is that they don't want Red Bull to have the ability to beat their works teams with their own engine. Red Bull is part of the big three in F1 but doesn't make its own engines. Red Bull's strength lies in its aerodynamic high rake design philosophy which has been propelled by legendary F1 designer Adrian Newey who is widely considered to be the best F1 designer in modern F1.

Red Bull's current situation is a sticky one as if it can't convince Mercedes or Ferrari or manages to find a third alternative, it will be forced to go with Renault engines again. The relationship between Renault boss Cyril Abiteboul and Red Bull's Christian Horner is not cordial but since 2017, there is an FIA directive which implores the engine manufacturer with the least customers to supply a team that has no engine supplier secured.

On top of this for Wolffe, he also has a vested interest in Red Bull not getting competitive Mercedes engines as he is a investor in the Aston Martin team which is also getting Mercedes engines and next year will get the services of four time world champion Sebastian Vettel. Currently, Red Bull and Aston Martin have a collaboration with the brands logo even on the Red Bull car. Its star designer Adrian Newey also worked on the Aston Martin Valkyrie project. But all this is coming to an end so, there is no reason for Wolffe to allow Red Bull gaining Mercedes power considering the team also is supplying to four teams 2021 onwards.

Renault's engines have come a long way as witnessed by the current F1 season. It can be argued that right now it is the second-best engine after the Mercedes one, but Red Bull has always looked for a partner that gives it a "works" status which will not be possible.

Renault F1 works team will likely remain a priority for the team even if Red Bull procures supply for engines
Photo Credit: AFP

In the early 2010s when Red Bull won four world titles on the trot, it was Renault's work partner. However, since Renault acquired the Lotus team and has had its own works team that model has not been in play. Renault will also likely be stronger thanks to the budget cap and development freeze and the in-bound arrival of two-time world champion Fernando Alonso.

The challenge for Red Bull is to retain the ambitious Max Verstappen who is considered to be one of the best drivers on the grid. Many believe that he would be world champion if given the right car.

For Red Bull this is a complicated issue as with the new 2022 rules coming in they need to have an engine far ahead before they close development for the new cars.

An alternative is being postulated which may involve Honda selling its engine IP to Red Bull which would allow it to develop its engine in-house but that would also be an expensive commitment something Red Bull owner Dietrich Mateschitz has never been keen on and perhaps would be even more against it considering the meagre profitability of the team and the COVID-19 crisis.

Royal Enfield Meteor 350 Teased Ahead Of Launch
6 hours ago

F1: Kimi Raikkonen To Race In 2021 As Alfa Romeo Announce Driver Line-up Next Season
3 hours ago

Royal Enfield Meteor 350 Teased Ahead Of Launch
21 hours ago

Third-Generation Hyundai i20 To Be Exported From India To Global Markets
30-Oct-20 03:33 PM IST