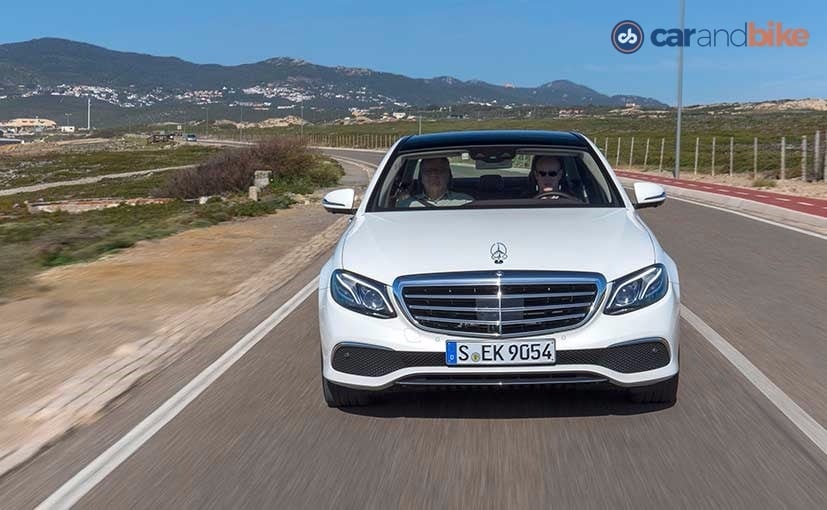 The classic battle in the segment of the executive sedan has entered the next stage: Mercedes-Benz is launching a brand-new E-Class - preceding the next Audi A6 and BMW 5 Series by just about one year. We have spent extensive time behind the wheel of the new model - to find out: Is this car the segment's new benchmark? For one thing, it is a benchmark in design: There is classic beauty in the lines of the new E-Class. It slots in neatly between the C-Class and the S-Class, and it further polishes the styling language that was launched with the S-Class (2013) and refined with the new C-Class (2014). Mercedes-Benz will offer two styling variations: There is a version with the classic chrome grille and the upright star on the hood - and a version with the sporty "SL" grille that features the iconic logo in the centre. We like the contemporary "SL" grille, but the classic grille doesn't just feature more elegant joint patterns, it also perfectly expresses the relaxed personality of this sedan. And let's be honest - who but Mercedes-Benz could get away with a hood ornament these days? 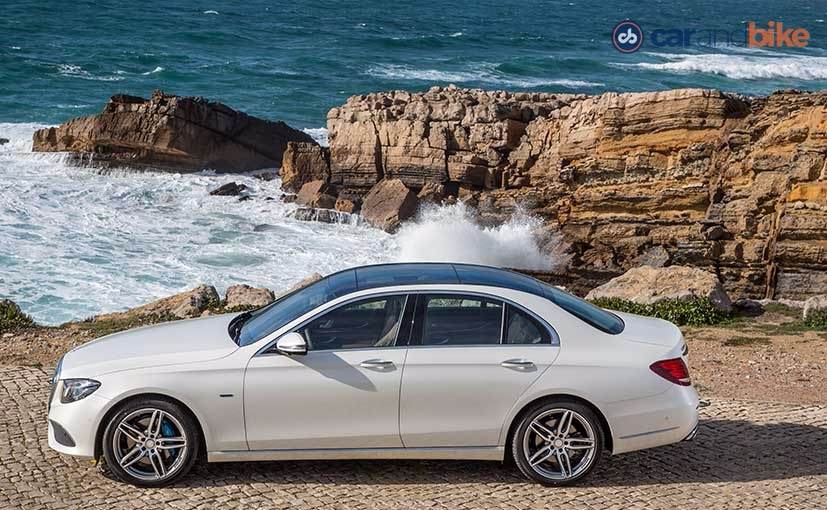 The beautifully sculpted interior comes with its own retro elements - including a column-mounted gear selector, and the analogue watch positioned on the centre console on all but the most basic versions of the new E-Class. But these conservative styling elements are offset when the large TFT instrumentation is ordered; it can be configured in different modes, including the ultra-futuristic "Progressive" setting. When combined with the large central display and the touch-sensitive switches on the steering wheel, this could be the most contemporary and forward-looking human-machine interface currently on the market. If you shun the cost of the TFT display, however, you get treated to an ornamented instrument cluster that reminds us of a pince-nez. But the USP of the new E would indeed be that large single-screen running display that is like the one of the S-Class. Ambient lighting, great material quality (including fine wood grain), and all the expected connectivity options round off a good interior. 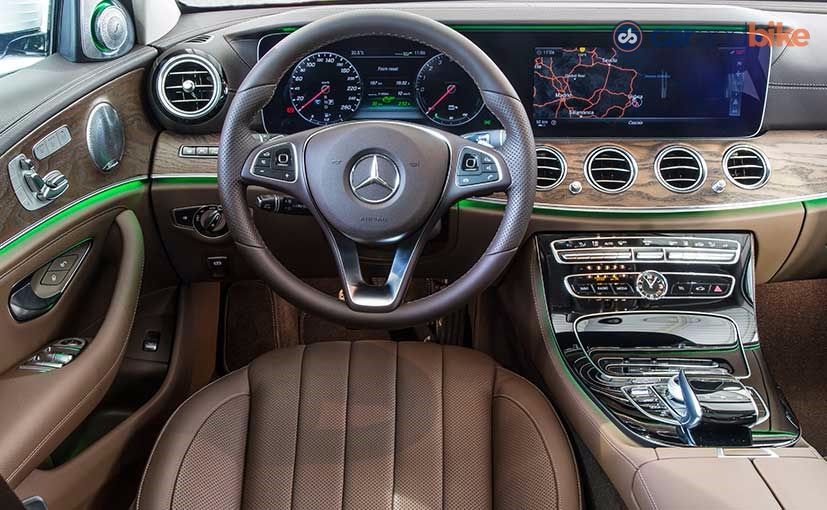 The E-Class is powered by a range of updated engines; there are different versions of a 2 litre, four-cylinder petrol turbo (some markets will get a plug-in hybrid), a V6-powered Mercedes-AMG E43, and the V8-powered Mercedes-AMG E63 with over 500 horsepower. On the important diesel side, the lineup begins with several variations of a new and smaller 2 litre four, and the diesel range is topped by the E350d, rated at 258 bhp. The four-cylinder petrol engine is a satisfactory choice: It is so well-isolated that noise and vibrations are drowned out almost entirely, and the car moves with considerable urge. The car feels agile and alive, with virtually no turbo lag and linear throttle response. The new four-cylinder diesel comes with a slight lack of refinement, although it is a smoother engine that the outgoing 2.1 litre unit. But we will reserve special praise for the turbocharged 3 litre V6 diesel in the E350d, a true powerhouse that pulls the E-Class with merciless force. And in India, we are unlikely to get the complex and somewhat unsatisfactory hybrid - at least not in the short term. In fact engine options will remain restrictive to start with since most of the engines we have mentioned are for Euro VI level and above fuels - which India currently does not have. 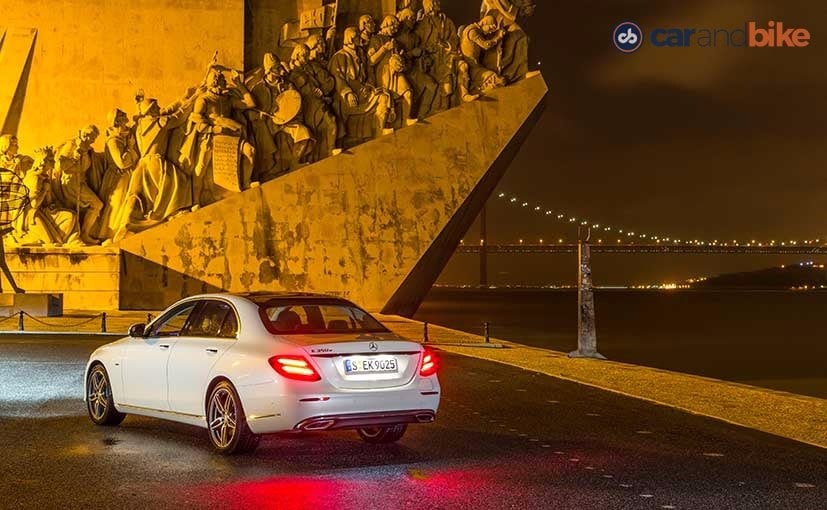 The new powertrains works in perfect unison with the chassis; it is tuned for comfort, but compared to its predecessor, the E-Class takes a huge leap forward in steering precision and high-speed cornering ability. Body roll has been reduced to a minimum. The fact that the new E-Class is about 70 kilograms lighter than its predecessor helps as well. 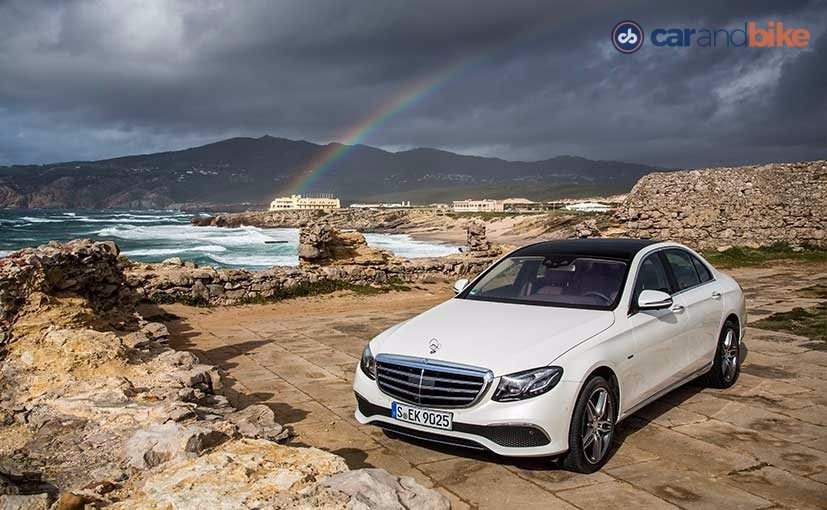 One of Daimler's proudest achievements on the new E-Class is its self-driving technology, but the full package is so costly that we think Mercedes-Benz India will think twice before ordering it on the India-spec car! The crash avoidance systems - and some of them are standard - work beautifully, and they can apply the brakes with such force that we think they will be able to prevent a considerable number of accidents on the road. But the suite of assistance systems that can keep the car in lane and at a safe distance to the surrounding vehicles has not yet reached perfection. Even though this is arguably the most advanced system on the market, we found ourselves on high alert at all times, and we wouldn't even let it do its job unsupervised in stop-and-go traffic. The time for piloted driving hasn't arrived yet. In India a lot of this may not be on offer anyway. 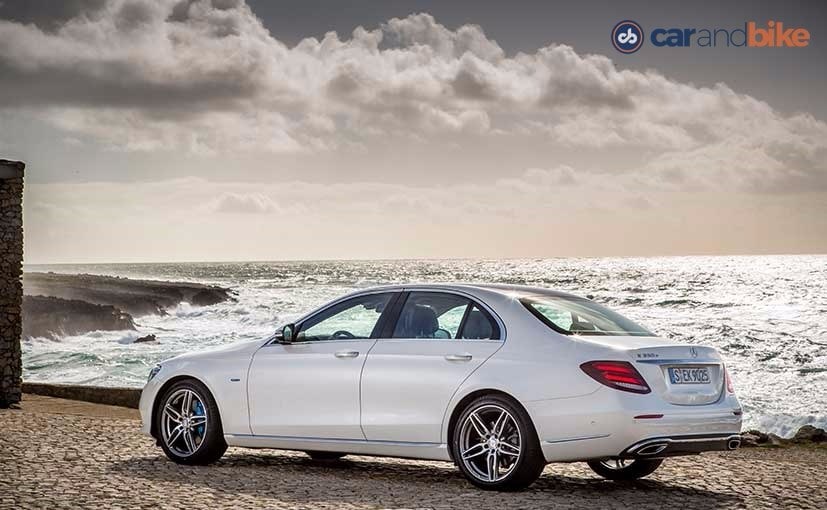 It's a good thing, therefore, that driving the E-Class is such a joy. Encapsulated in an ultra-quiet, beautifully appointed cabin, and with the option of one of the world's best in-car stereo systems, there is hardly a better place to drive - or be driven in - than the new E-Class. At least until Audi and BMW unveil their next idea of executive motoring. The earliest India will get the 5th generation E-Class is in the first quarter of 2017 though. So there is still quite a wait at hand. We will no doubt have more details for you in the meanwhile as the India-spec car gets closer to confirmation - in terms of trim and engine lineup.