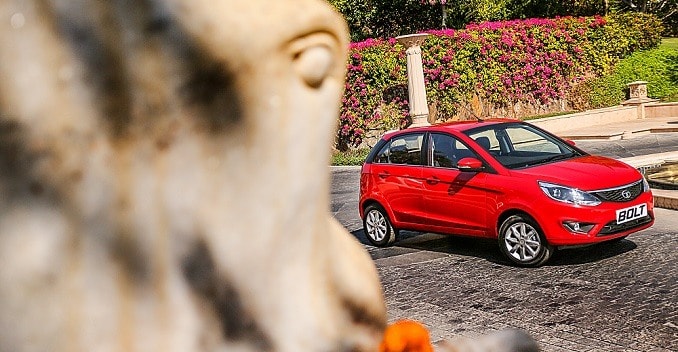 The Indica nameplate is perhaps the most important in Tata's passenger car business. It put Tata Motors on the map against the likes of Maruti Suzuki and Hyundai and the product had a few strong points - ride quality and space, for example. It also looked quite smart in its time and was the turning point for Tata Motors.

The launch of the Horizonext initiative marked the paradigm shift that the company much needed; and the first fresh product to come out - Zest - was a good effort in the right direction. If not the best product in the segment, the Zest definitely surprised every critic in a very pleasant way. One could sense the effort that's been invested in the Zest - the product that battles chiefly with the three cars in the sub-compact sedan segment: Maruti Suzuki Dzire, Honda Amaze and Hyundai Xcent. There's still substantial road to cover, but Tata is on the right track - that's for certain. 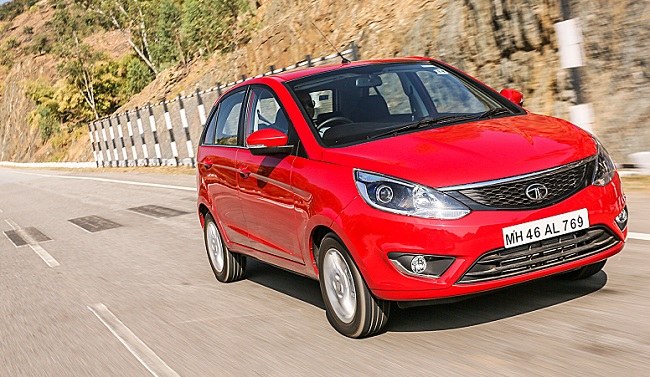 For a brand like Tata that's not had the best brand equity and has suffered from perception issues over the years, an initiative like Horizonext is crucial and, I think, the company should've been a bit more aggressive and introduced a radically different design direction for people to see.

You see, it was a fantastic opportunity for Tata to truly move away from the shadows of the image that plagued Indica. When Tata revealed the Zest and Bolt to the media just before the Auto Expo earlier this year, I didn't have much of an issue with the Zest, but I was disappointed with the Bolt even back then. It carries broadly the same design as the Indica and that's where I think Tata could've done things differently.

As I said, the Bolt is almost as important as the original Indica, if not more. Ever since the late 1990s when the Indica was first introduced, there's not been a major update to the product. Yes, it has seen many facelifts and suffixes and while the Indica Vista was greatly improved and had a slight suggestion of fertility about it, it still was an Indica. With the Bolt, Tata took the big dive - it moved away from the Indica brand. That's great, but therein lies the problem too. 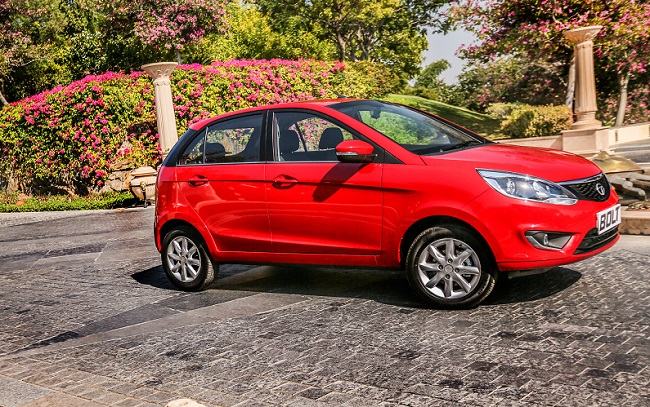 The Bolt looks just like a grown-up Indica, and that's not exactly conducive for its perception value. Even when we were driving around town, no one really stopped to talk to us about this 'new' car from Tata, or gave it a second look. Personally, I think Tata should've delivered a ground-up, completely new and different design to make that instant impact in the minds of the people, especially as the Bolt is positioned as an urban product. The consumers in urban areas are quite mature and they want a product that's affordable, yes, but also big on style.

The overall shape of the Bolt is quite familiar and it looks like the Indica has been given a bit of a Botox treatment. There's a revised grille section that merges with the sharp headlamp cluster that houses smoked projector units and there're subtle changes all through to give it a bit of a bold and rich look. The 'floating' roof treatment is not the best effort - the C-pillar is blacked-out using vinyl and it's not really an integral panel like that you find in the latest i20. I also think the rear lacks imagination and looks demure compared to the relatively stylish front-end. And that's not saying much!

The Bolt shares plastic bits in the cabin with the Zest. Now, Zest isn't the best in its segment, but at least the dual-tone treatment makes it look slightly pleasant. The Bolt's all-black treatment - very shiny all-black treatment, if I may - gives a cut-rate feeling. The space, however, is quite good and there's sufficient knee-room. But when I adjusted the front seat according to my height and sat at the back, my head was grazing the edge of the roof. The seats, too, weren't very caring - under-thigh support is lacking and the seat-back has odd protrusions. The neck-restraints are very well designed though - top points on that! The Bolt, just like the Zest, comes with a lot of options in the cabin. Music playback can be done via iPod connectivity, USB, Aux-In or the SD card slot, and there's Bluetooth streaming option as well. The Harman-sourced infotainment system in the Bolt is updated with video playback through USB or SD card. I hope it'll be used to watch videos only when no one's driving, but then, nowadays your smart-phone has better screen resolution - so, I don't quite understand the inclusion of this feature. The instrument panel could've been slightly more elegant - the presentation is a little loud and the dials are dominated by speed markers that are unnecessarily big. The touch screen also doesn't respond very well to the touch input - an issue that even the Zest suffers from.

When you look down the centre console, you will notice two small buttons - one that says 'Eco' and the other one has 'Sport' written on it. These are basically different driving modes of the engine. Things slow down and the car eases up in Eco mode to help matters of drinking - as the name suggests, Eco mode helps fuel efficiency. The Sport mode is supposed to get the car excited and tune the engine to go bonkers and form smiles on your face but it doesn't quite do that - it's more of a gimmick than an actual character changer.

Tata had lined up only the petrol-engined Bolts for us to drive, but the car will also come with the trusty-old 1.3-litre MultiJet that develops 74bhp and 190Nm. The 1.2-litre Revotron that we drove is worth 89bhp and 140Nm. Now, I'm in a predicament here - I like this engine for its strong mid-range, but there's just no willingness at lower revs. The turbo spools at around 1800-2000rpm and when you're driving in city conditions, at relatively sane speeds, you don't get a great rev-range to enjoy the torque and power figures. Just as the engine starts breathing life into the car, it's time to shift up and you lose the liveliness of the engine again. You'd have to really dig the throttle deep in, wait for your hair to start greying, and then the engine would come alive.

Zest is a reasonably good car, I think. It shows the effort Tata has put into the product and the company is on the right road. With that in mind, I thought the Bolt would be rather pleasing too. But, it's a mixed bag, really. Tata has borrowed the electrically assisted steering unit from ZF which first appeared in the Nano. This system uses brushless electric motor that converts current defined by the ECU into torque and the magnitude of assist is based on the driving characteristic. Tata has also fitted the Bolt with a faster rack and the overall response is quite immediate. The response may be better than a hydraulic unit but the steering also feels devoid of any connection and doesn't give you a lot of feel. That said, I love the Bolt's steering wheel - it's the same a small-diameter unit that you get in the Zest and it feels absolutely brilliant to hold. 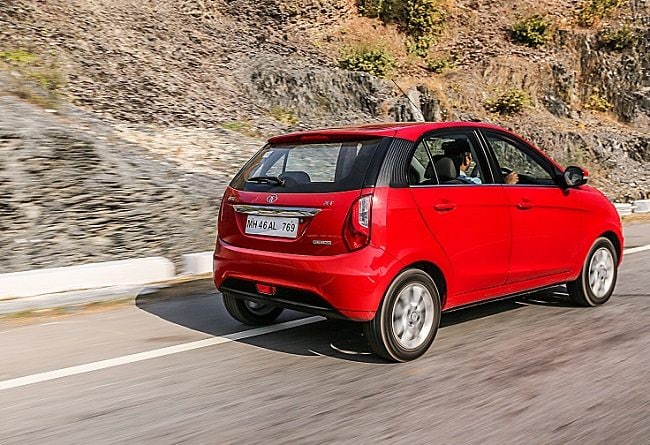 The chassis is quite cheerful and it feels like the Bolt can play a fair bit, but the suspension prevents you from having fun with it. The set up leans towards comfort and the regular bumps are absorbed fairly well when driving at regular speeds. It's when you start pushing the car around bends that it starts exhibiting the tendency to roll and wallow and the tyres, too, don't do that well in the grip department. The suspension and tyres work together to offer good ride quality - and that's a trade-off that many would like.

The gearshift quality is acceptable - it slots into cogs in a smooth way and doesn't feel all that rubbery. I wish the clutch was calibrated better though. It's very light and that helps when driving in traffic-infested city conditions, but when you're, say, going uphill (which we did), it doesn't have sufficient bite and you may end up stalling. I did. It was embarrassing.

The Tata Bolt doesn't make you feel as excited as the Zest did. For the segment it's aimed at, the Zest was a breath of fresh air from Tata. The Bolt feels like Indica Vista visited the salon and came out fairer and with better hair. Interior packaging is fine, and you get a lot of equipment and features, but the quality of everything could be much improved. There's also no word on the AMT yet, but I'm sure Tata will tune it to work with the 75bhp version of the 1.3 diesel and we will get it sometime in the near future. The petrol engine is strong in the mid-range but quite gutless at lower revs but the steering is pretty direct, if lacking in feel. So, that leaves you with a mature Indica that's going to go up against the very best in the small car space and that's not very strong armour.