Interestingly, its top model has a 100 kWh battery which can give up to 1600 kilometres of range which is just nuts. Does anyone remember Aptera? Yes, the three-wheeled electric car maker that shuttered its doors in 2011. Now, it is back with a new solar electric car which it claims doesn't need to be charged. Interestingly, its top model has a 100 kWh battery which can give up to 1600 kilometres of range which is just nuts.

“With Aptera's Never Charge technology, you are driven by the power of the sun. Our built-in solar array keeps your battery pack topped off and anywhere you want to go, you just go,” Aptera co-founder Chris Anthony said in a press release. “Never Charge is built into every Aptera and is designed to harvest enough sunlight to travel over 11,000 miles per year in most regions.” 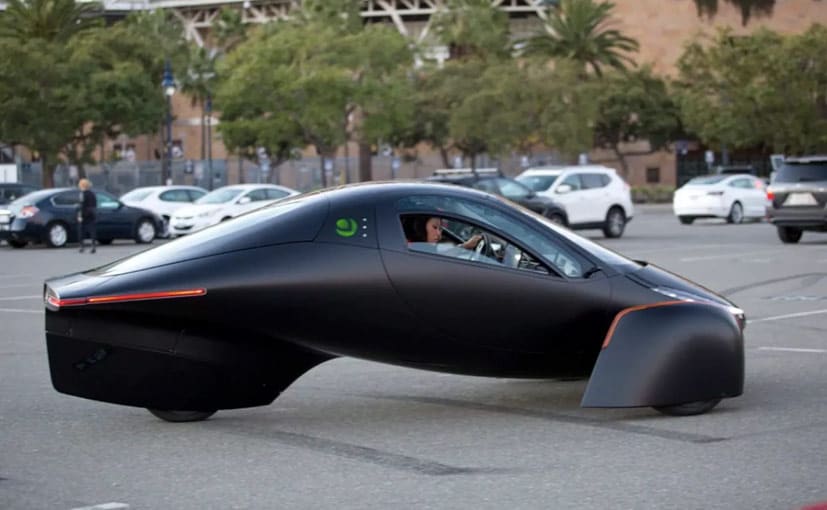 Again, Aptera purses its three-wheeled concept but with a layout for two persons and a pet. The car has a solar roof array on the roof that can give a further 72.4 kilometres of range per day. This is combined with solar energy which is a delivered via panels when the car is parked which allows its theoretical 1600 kilometre range, at least for its top of the line model.

The car, however, doesn't run on solar power while it is being driven. There are some very unique characteristics at play -- for instance, a drag coefficient of just 0.13 which is lower than even the Tesla Model 3 which is 0.23. It is a front-wheel-drive which can do roughly do 0-100 km/h in 5.5 seconds and three-wheel-drive model can achieve the same in 3.5 seconds. The car can seat 2 and one pet

It has opened preorders for the Paradigm and Paradigm Plus model with a refundable deposit of $100 and the price range of the vehicles will be between $25,900 and $46,00. Delivers are expected in 2021.

Aptera shut in 2011 when it was unable to secure $159 million in loans to produce the Aptera 2e.