Ather Energy will begin deliveries of its electric scooters in Delhi-NCR November 2020 onwards. The focus of the company will be on expansion in India and Ather is poised for the same, with production beginning at its new plant from December 2020. Ather Energy will begin deliveries of its electric scooters in Delhi-NCR from November 2020. The company is already focussing on expanding its footprint across the country. Ather's initial plan is to launch operations in four cities of Delhi-NCR, Mumbai, Pune and Hyderabad before the end of 2020.  and is looking to expand operations in new cities across India, such as Ahmedabad, Kochi, Coimbatore and Kolkata by 2021. At present, the company has its operations in Bengaluru and Chennai. The Bengaluru-based company will begin manufacturing from its new Hosur plant in December 2020. The new facility will have a production capacity of 100,000 units per year and if need be, the company can scale up the production to 500,000 units per year as well. It will be the hub for manufacturing the Ather 450X. 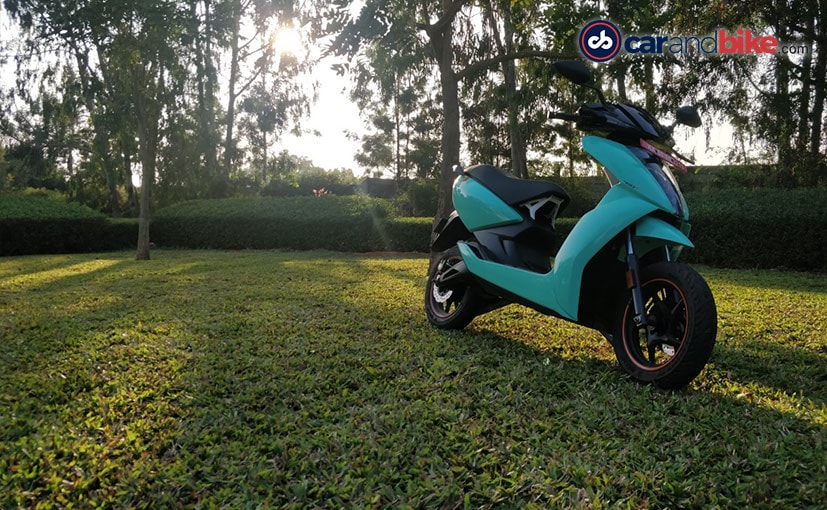 (Ather 450X is the latest scooter from the company in India)

In a freewheeling chat, Siddharth Vinayak Patankar, editor-in-chief, carandbike posed a viewer's question to Tarun Mehta, CEO and co-founder, Ather Energy about Ather selling its electric scooters in Delhi NCR and he said, "I am pretty certain, before the year ends. We should begin deliveries in NCR, Delhi for sure, by November-December. So if you are in the earlier slots, people who have booked the 450X in Delhi-NCR, back in January end, early February, you should start getting the deliveries in November-December."

Hero MotoCorp has been one of the early investors in Ather Energy and has invested ₹ 205 crore since 2016 in phases. The latest round of investment included a fresh investment of ₹ 84 crore in July this year. There were reports of Hero MotoCorp increasing its stake in Ather and slowly buying the company out but Ather CEO and Co-founder Tarun Mehta has categorically denied those rumours.

The company recently announced a referral program for existing customers in a bid to entice new buyers. The company will offer monetary benefits to new and existing owners up till ₹ 2,500 when current owners share a referral code with their family, friends and acquaintances to purchase the Ather 450.