Lewis Hamilton's stance led to Mercedes changing its F1 car livery from silver to black highlighting the fact that he remains the only black driver in the history of the sport. 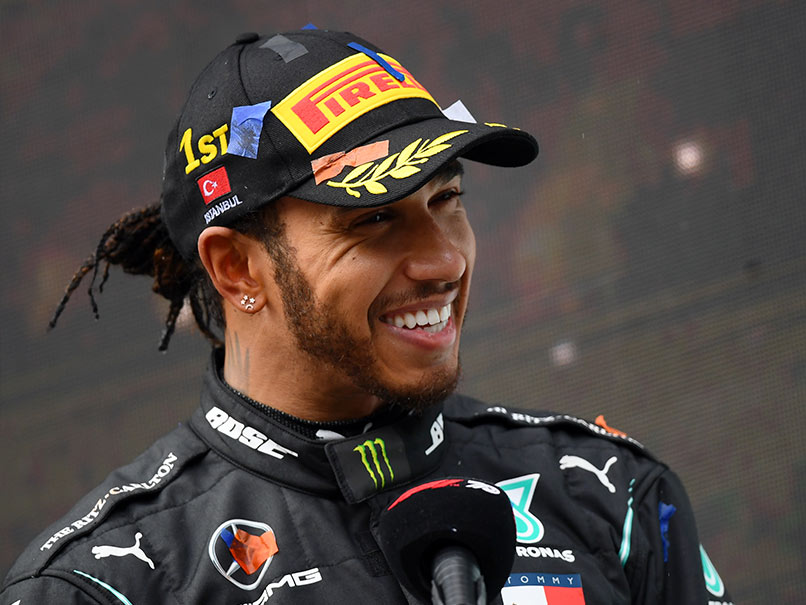 View Photos
Statistically, the Briton is the most successful Formula 1 driver of all time.

Lewis Hamilton has revealed that he had conversations about joining Ferrari a couple of times. However, "positions never aligned" as when he was out of contract Ferrari always had drivers which were under contract. "We talked on occasion but we didn't go beyond understanding what options were on the table and they weren't the right ones," Hamilton told Gazzetta Dello Sport. "Our positions have never aligned. I think timing matters and things happen in the end for a reason. In recent seasons, my contract always expired in years different from those of all the other drivers. In the end, that's how it went," he said.

There were also concerns that Hamilton's personality and social profile would not have fit in with Ferrari's culture and corporate agenda. Hamilton had faced issues expressing himself when he was at McLaren. He revealed that he had warned Mercedes he wanted greater freedom in expressing himself.

"At McLaren, I grew a lot but they had certain expectations about how a driver should behave and they contrasted with the fact that I've always been an outsider, a non-conformist," he said."Before signing with Mercedes I said 'I'm different from others. Let me be myself, let me experience [things] because I have to find out who I am. In any case, I help you and make the brand grow in the world of young people in a better way'. And that's what happened," he revealed.

All of this has culminated in Hamilton's expressive persona which has him taking the forefront on issues like climate change, and racial equality. Hamilton's stance post the death of George Floyd led to Mercedes and F1 taking an active stance in the "black lives matter" campaign. His stance even led to Mercedes changing it livery from silver to black typifying the fact that he remains the only black driver in the history of the sport.

With Ferrari's line up locked for the coming seasons with the impending arrival of Carlos Sainz Jr and Charles Leclerc's contract till 2024, it seems like the most successful driver in the history of the sport may never drive for the most iconic and successful team the sport has seen considering he is already 35 and is set for a renewal of contract at Mercedes.