F1: Lando Norris' Helmet For The British GP Is Designed By A 6-Year-Old

The design was submitted by six-year-old Eva Muttram as part of a competition, which the McLaren Racing driver will now wear in his home grand prix this weekend at the Silverstone Circuit. 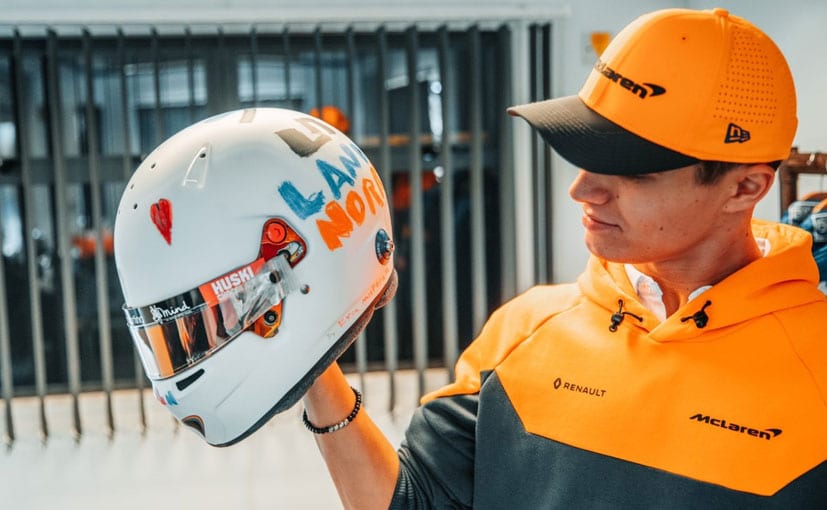 McLaren driver Lando Norris will be using a special Formula 1 helmet for the 2020 British Grand Prix this weekend, designed by six-year-old Eva Muttram. The design was made by the young F1 fan in March this year when Norris held a special competition inviting his fans to design a helmet for his home grand prix at the Silverstone Circuit. The winning entry was that of the Eva, whose father submitted the hand-coloured design on her behalf. The new helmet design is a big departure from the otherwise graphic-induced lid that the racer uses. 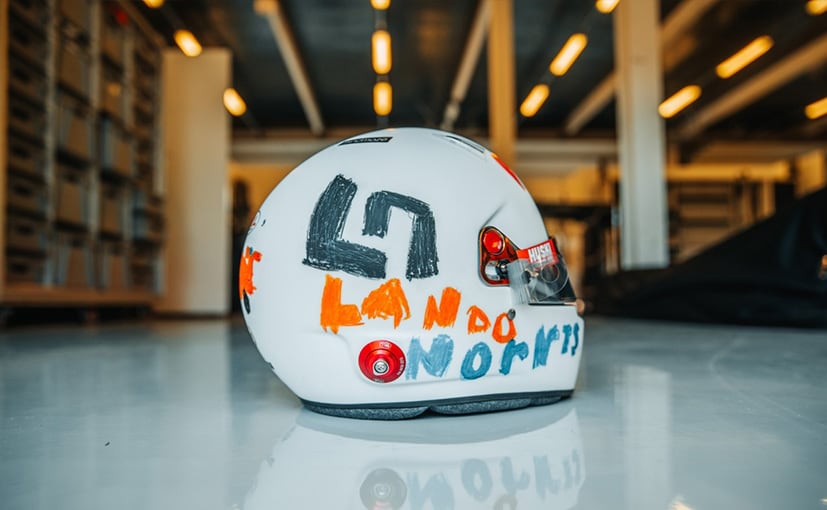 Speaking about the special helmet design on a Twitch stream, Lando Norris said, "This is the winner. It's very different to what I'm used to. All this glitz and glamour and sparkly bits and swooshes and cool stuff, I just went with something that reminded me of me when I was young."

Adding further, he said, "It reminds me a lot of when I was younger, designing helmets, drawing away, just when I was like five, six, seven years old, printing off hundreds of helmet designs, colouring them in and doing whatever. 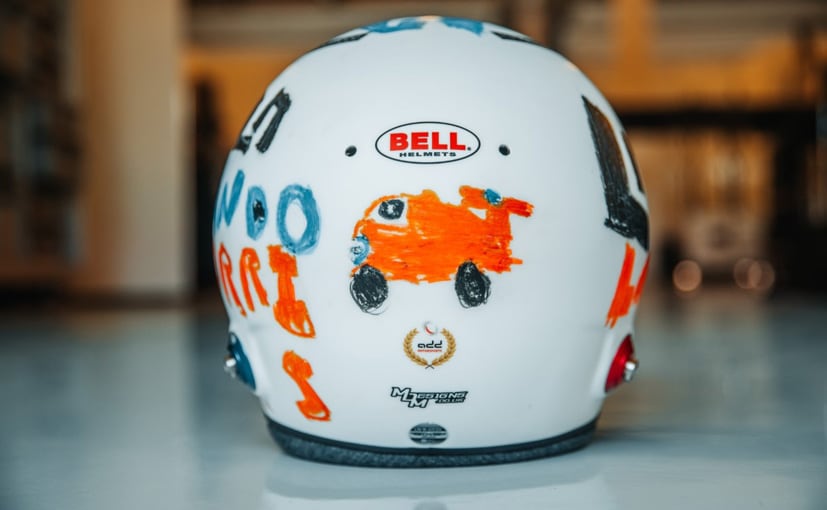 A Bell-sourced, all-white helmet works as the base to carry little Eva's design featuring McLaren's team colours of orange and blue, as well as two love hearts painted in red. Norris' name is written on the side, which remains the highlight on the helmet, while the rear features a car painted in orange and blue, complete with a rear wing. Joking about the car painted at the back, Norris said that it "is what our car looks like this weekend with the new upgrade." 6-year-old Eva Muttram drawing her design for Lando's helmet in March this year. The image was tweeted by her father Aidy Muttram

The 2020 F1 season has been different for a variety of reasons and has so far been exceptional for McLaren and Norris, compared to previous years. The driver finished third in the Austria GP, his career's best performance so far while putting the team and engine supplier Honda on the podium after ages. The driver is currently placed fourth in the driver standings, while the upcoming British GP will see his home crowd rooting for him. In other F1 news, Racing Point driver Sergio Perez has been tested positive for COVID-19 and is currently self-isolating. He will not be participating in the British GP this weekend. Racing Point is expected to announce a replacement driver later today.