F1: Mexican GP To Be A Part Of Formula 1 Calendar For Next 3 Seasons

The Mexican GP has been renewed until 2022 and will continue to be held at the Autodromo Hermanos Rodriguez in Mexico City. 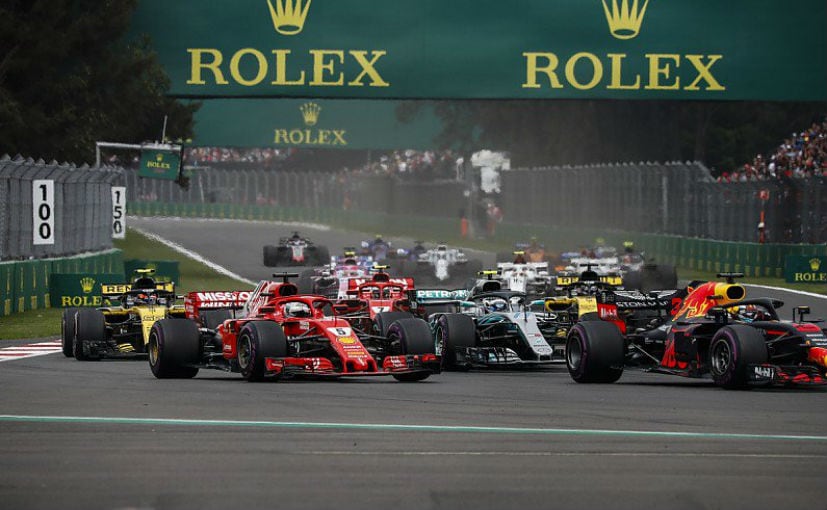 Formula 1 and the Mexican Grand Prix organisers were due for renewal this year and both parties have reached an agreement that will keep the country on the F1 calendar for the next three years. The agreement between Formula 1 and the Corporacion Interamericana de Entretenimiento (CIE) will ensure that the Mexican GP will be held in Mexico City until the end of 2022. The Grand Prix will continue to be held at the Autodromo Hermanos Rodriguez, which hosted its first F1 race in 1963. Mexico remains one of the biggest markets for F1 with a fan base of over 45 million, while over 1.3 million have attended the race since 2015. The Mexican GP was expected to be dropped after it lost the government funding ever since it came to back to the calendar.

Speaking on the contract renewal, Chase Carey, Chairman and CEO, Formula 1, said, "We are pleased to have renewed our partnership with Mexico City, which will now host the Formula 1 Mexican Grand Prix until at least 2022. Ever since it returned to the championship calendar in 2015, this event has always proved to be amazingly popular with the public and fans, not just in Mexico, but also around the world. Proof of this is the fact that the race promoter has won the FIA award for the best event no fewer than four years in a row and, in those four years, over 1.3 million spectators have attended the Grand Prix. The Grand Prix has also been an important economic driver for the city, reinforcing its credentials as a centre for tourism. I would like to thank the Mayor, Claudia Sheinbaum Pardo and the entire government of Mexico City for all their efforts in ensuring that Formula 1 continues in Mexico and I look forward to seeing another big crowd of fans at the Autodromo Hermanos Rodriguez from 25 to 27 October for the Formula 1 Gran Premio de Mexico 2019."

Claudia Sheinbaum Pardo, Mayor of Mexico City, said, "The presence of Formula 1 in the city for further three more years, was achieved for the first time through a new financing model in which public resources are not used. Previously the Federal Government collaborated with the payment for the event. The Mexico City government will be an intermediary, creating a trust that will raise the private investment required to deliver this international event. The price of the tickets will remain the same as in previous years."

Alejandro Soberon, President and CEO of CIE, said, "I want to deeply thank Dr. Claudia Sheinbaum and the Government of Mexico City for the vote of confidence they have entrusted in us. At CIE, we remain committed to promoting and operating the highest quality events in the world. Through this international platform, we have the opportunity to showcase the diverse cultural wealth of this fantastic city. We look forward to welcoming the thousands of tourists, both domestic and foreign to this award-winning event. In addition, I want to thank the Formula 1 fans both in Mexico and abroad - without a doubt, your energy and passion has made our Grand Prix a very unique and special experience."

Mexico returned to the grand prix calendar in 2015 after a 23-year absence. This year will be the 20th edition of the Mexico GP, which has seen the drivers' title decided here five times in the past. From 2020 the official event title will change to Mexico City Grand Prix to emphasise the support given by the Government of Mexico City. The contract renewal will also bring a new influx of tourists to the country, especially to Mexico City with the race track located just east of the city.

With Mexico confirmed as part of the calendar for the next three years, this also expands the calendar to 21 races for 2020. This includes new venues including Vietnam and the Netherlands, while Germany could be dropped off.