Jehan Daruvala concluded the third round of the FIA Formula 3 championship with a podium finish in Race 2, while Race 1 saw the driver finish fourth. 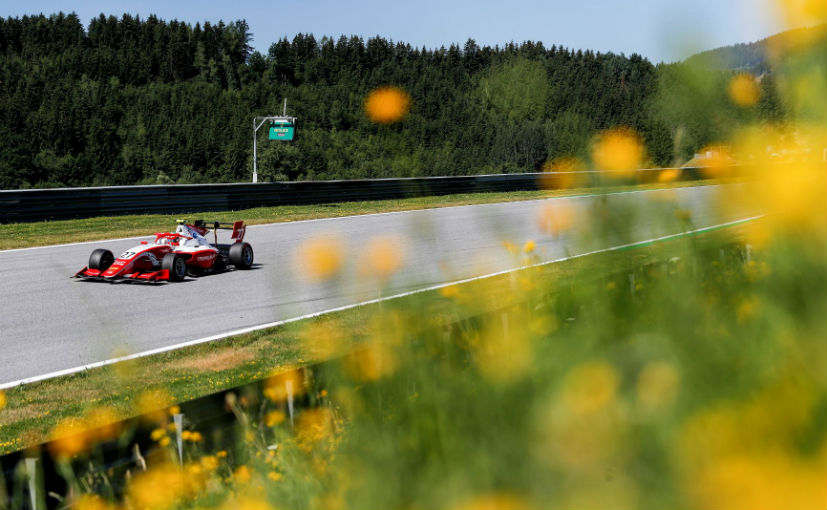 India's Jehan Daruvala continued to claim the podium in the latest round of the FIA Formula 3 Championship. The Prema Racing driver finished second in the second race of Round 3 in Austria at the Red Bull Ring. While the first race of the weekend saw Jehan finishing fourth, he bounced back to the podium on Sunday, finishing 4.727s behind HWA AG driver Jake Hughes. With the second place finish, Jehan is now just eight points away from top in the overall drivers' standings.

Daruvala qualified with a lap time of 1m19.934s that placed him fourth in the first race of Round 3. Meanwhile, teammate Marcus Armstrong started on pole. Jehan had a good start in Race 1 and even tried to overtake for P3 on the opening but couldn't make the move. The top five positions remained largely unchanged for most of the race with Armstrong in the lead and Max Fewtrell at P2. However, a move in the closing stages saw Juri Vips of Team Hitech GP pass the top two drivers to take a surprise win. Jehan continued to run fourth until the chequered flag, bagging the precious points in the championship.

Race 2 started with Daruvala in fifth place as part of the reverse grid order.  The 21-year-old had a good start to the race entering the corner side-by-side with teammate Armstrong. The opening lap, however, saw driver Pedro Piquet spin ahead of Jehan on the first lap, which forced the driver to swerve to the rigth to avoid a collision. The incident pushed the Prema driver down to P8. Nevertheless, the Indian racer put some fast times in the following laps and was steadily climbing the order. He soon passed Lirim Zenaldi for P5, followed by Italian Leonardo Pulcini and Max Fewtrell. 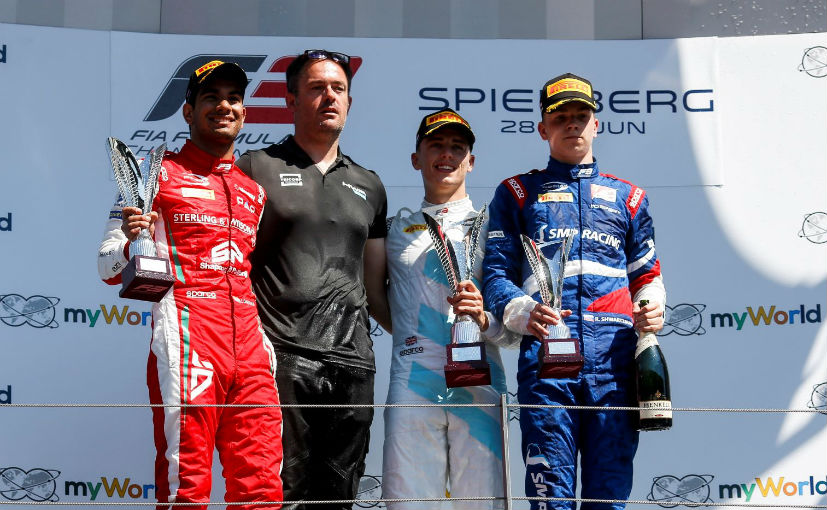 On the podium - Robert Shwartzman, Jake Hughes & Jehan Daruvala. Shwartzman though was handed a penalty demoting him to third

The last few laps saw the virtual safety car on the track with Jehan defending his position from Fewtrell while in third place. The race ended with Shwartzman crossing the chequered flag first followed by Hughes with Daruvala in third place. However, Shwartzman was handed a penalty for collision with Armstrong, promoting Hughes to the top and Jehan in second place.

Speaking on his performance over the weekend, "A lot happened in my race as it was pretty hectic. In turn 1 Marcus and I were side by side, and I had to take avoiding action to go around the spinning car of Piquet. The car was good so I slowly worked my way up. I didn't expect the guys to make it easy but some battles got really close. It took a while to pass Zendeli and we fought a lot with Verschoor too. I got up to fourth, trying to break the DRS of Max. I almost did it but I also almost spun in the last corner, losing control of the car. That was lucky. Then the VSC came out and the final lap was sketchy as well. I knew that Max was in the DRS he was going to attack and I did my best to defend. Even if I'm second I'm not happy, because I wasn't in the fight for the win. I feel like the car was good enough. If I had a good clean start like the others I would have been in the fight for the win."

The next race of the F3 championship will be held at Silverstone on July 13-14, 2019, as a support event to the Formula 1 British GP.