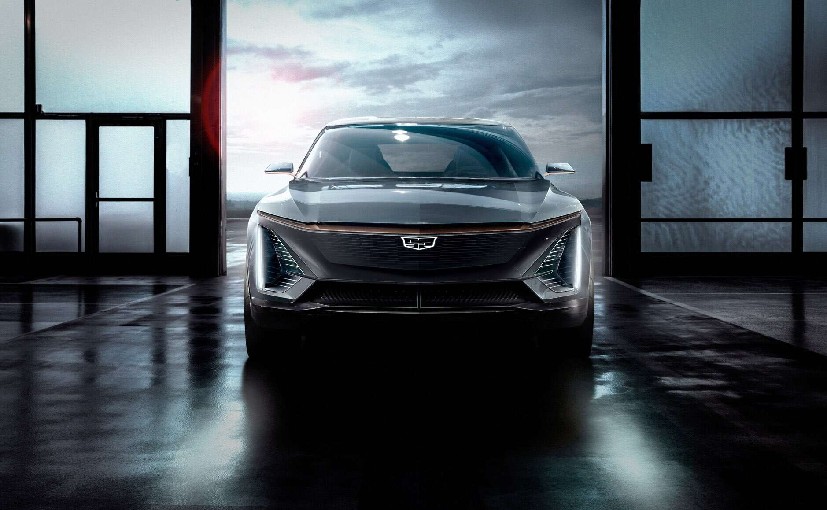 General Motors is overhauling its Chinese line-up with a greater emphasis on electric cars and smart-driving technology to stem a slide in sales after more than two decades of growth in a country that contributes nearly a fifth of its profit. GM's new China boss Julian Blissett told Reuters it would renew its focus on luxury Cadillacs, roll out bigger but greener sports-utility vehicles (SUVs) and target entry-level buyers with low-cost micro electric vehicles (EVs).

He said new technologies such as EVs and cars with near hands-free driving for highways would play a key role in GM's China initiatives, which are part of a push to regain momentum lost in the face of intense competition and shifting tastes.

Blissett, who replaced China veteran Matt Tsien this year, spoke to Reuters ahead of GM's Tech Day event in Shanghai later on Wednesday, where he and Chief Executive Mary Barra are expected to announce some of the new technology and product rollout plans.

"This market is rapidly electrifying. Cadillac is on a path to very heavy electrification. Buick is also going to heavily electrify," said Blissett, adding that GM's Chinese brands Baojun and Wuling would also go down the electric route.

"The market is changing dramatically. So the concept of standing still in China doesn't work."

GM sells its Chevrolets, Buicks and Cadillacs in China as well as its local brands Wuling and Baojun and has been one of the foreign success stories in the world's biggest auto market along with Germany's Volkswagen.

A slowdown in China's economy and the resulting weakness in its auto market have been a big factor behind GM's sales slump, but analysts say competition has become fierce too.

Toyota, Volkswagen and Honda have been eating into GM's business while Chinese automakers such as Geely and Great Wall are making better-quality cars that can compete more effectively with the global giants.

GM is also facing competition from Tesla while Lynk & Co and Polestar, brands affiliated with Volvo, have rolled out sleek eye-catching designs that Chinese consumers crave.

Blissett said the key objective of its strategy was to get back to sales of 4 million vehicles a year as soon as possible.

"Our business is a high engineering cost, high capital cost business, so, without scale, it's quite difficult to make money. We do need to return to that," he told Reuters.

He said he could not give a precise timeframe for when GM would hit its goal because of the uncertainty about how fast economies around the world recover from the coronavirus fallout.

Some GM officials have admitted privately that its brands, especially Chevrolet, have been slow to introduce more SUVs in China as they became increasingly popular.

However, both Buick and Chevrolet now have four SUVs each and Cadillac has three, Blissett said.

Analysts have also said the promotion of its top-end Cadillac brand came at the expense of Buick and Chevy sales, and that it failed to match rivals with their sleeker designs.

Blissett said GM would sell bigger SUVs, many of them electric, for its Chevy, Buick and Cadillac brands, though traditional gasoline-powered SUVs still offered GM "huge opportunities" to boost sales in China.

"In the next five years, more than 50% of our capital and engineering deployment will go towards electrification and autonomous-drive technology. That should give you an indication where GM is betting on its future," GM's Blissett said.

"We intend to be right in the heart of that market. So, we will heavily play in the EV space. And that's the reason why we are investing as we are."

GM's Wuling and Baojun brands have borne the brunt of falling sales over the past two years as lower-income consumers bought fewer cars in the face of slower growth and as competition from Chinese rivals at the entry level intensified.

GM hopes its new Wuling MINI EV launched this year, a micro two-door car, and a series of similar cars in the pipeline, will help it win back share. Before EV subsidies, the MINI EV can cost as little as 28,800 yuan ($4,150) for a basic model.

To be sure, GM has made blunders, such as equipping some compact cars with unpopular three-cylinder engines. That hit GM sales significantly and it had to resurrect a four-cylinder gasoline engine for some models.

Still, analysts said much of the body blow GM's brands took in China has come from local brands that have significantly improved the quality of their cars and as Japanese and German rivals boosted sales despite a weaker overall market.

Beijing's emphasis on greener vehicles has also significantly pushed up the costs associated with the designing and manufacturing cars, which have combined to trigger a shake-up of China's auto industry.

Already, small Chinese brands such as Lifan have gone out of business while French carmaker PSA has scaled back its operations significantly and Renault, which is in a global alliance with Nissan, packed up and left.

"There is a revolution going on in the industry," said Blissett. "There are also winners and losers in the global brands. The trend is actually for the local brands to lose share if you look at the total trend. Luxury is a gain in share."

Analysts expect the consolidation in the auto industry to continue unabated in the coming years, with more failures, and also more mergers and acquisitions.

China auto industry expert Michael Dunne said if GM failed to manage its numerous brands in China properly, one might end up becoming a casualty.

"The introduction of Cadillac has had the effect of knocking Buick down a notch in the eyes of Chinese consumers," he said. "Buick is tilting more towards where Chevy plays, and as a result the two brands are crowding each other and are now throwing weaker punches."