Google Self-Driving Car Pulled Over for Being Too Slow 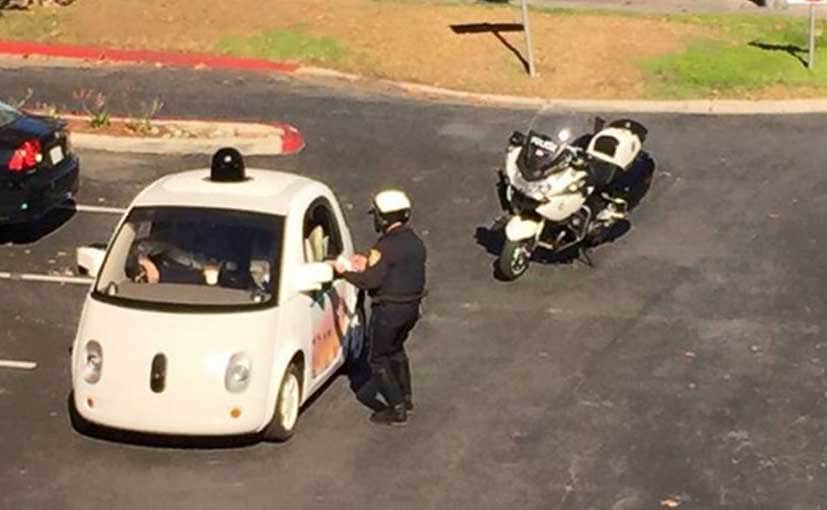 A Google self-driving car has been pulled over by a traffic cop in Mountain View, California for an offence we generally don't come across too many times - driving too slowly. It was going 18Km/h under the speed limit.

No action was taken by the cop but the California Department of Motor Vehicles filed a report describing the Google automated car as "over-cautious". The Google Autonomous Vehicle (Google AV) was travelling at 24mph (39Km/h) in a 35mph (56Km/h) zone.

In a post, Google joked: "Bet humans don't get pulled over for that too often."

The net giant also added: "We've capped the speed of our prototype vehicles at 40Km/h (25mph) for safety reasons. We want them to feel friendly and approachable, rather than zooming scarily through neighbourhood streets. We're proud to say we've never been ticketed." Google claims that the company has conducted 1.2 million miles of autonomous driving tests.

The Mountain View police department, in a blogpost about the incident, said an officer "noticed traffic backing up behind a slow-moving car in the eastbound lane".

"The officer stopped the car and made contact with the operators to learn more about how it was choosing speeds along certain roadways and to educate the operators about impeding traffic," it added.

Google's fleet of self-driving cars are programmed to follow all traffic rules and regulations to the letter. However, this becomes a problem when they share the same road with human drivers who are erratic and generally don't follow all the rules.

In September, Google said it was working to make its autonomous cars drive "more humanistically".


0 Comments
Earlier, a Google self-driving car met with an accident when it unnecessarily braked at a pedestrian crossing and another vehicle went into the back of it.