The upcoming seven-seater SUV has been spotted testing again in Brazil, giving us a fair idea of how the SUV will look like and this time around we have got a good picture of its front-end. 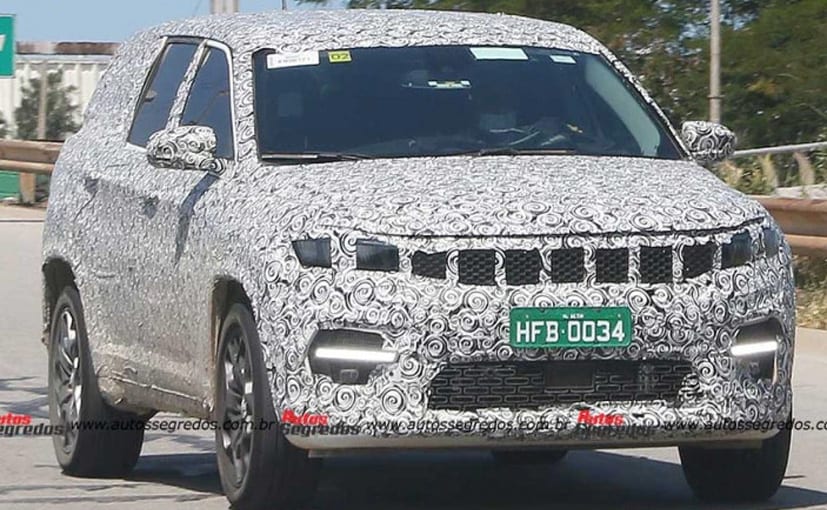 View Photos
The Jeep Seven-Seater SUV will share a lot with the Compass.

It's been a while since we have known that Jeep is planning a seven-seater SUV for the Indian market which will likely to go on sale next year. From a series of spy pictures of the SUV surfacing online, it's quite evident that it'll be a global models and Brazil is one of the key markets as well where it's been tested quite thoroughly. The upcoming seven-seater SUV has been spotted testing again in Brazil, giving us a fair idea of how the SUV will look like and this time around we have got a good view of its front-end. 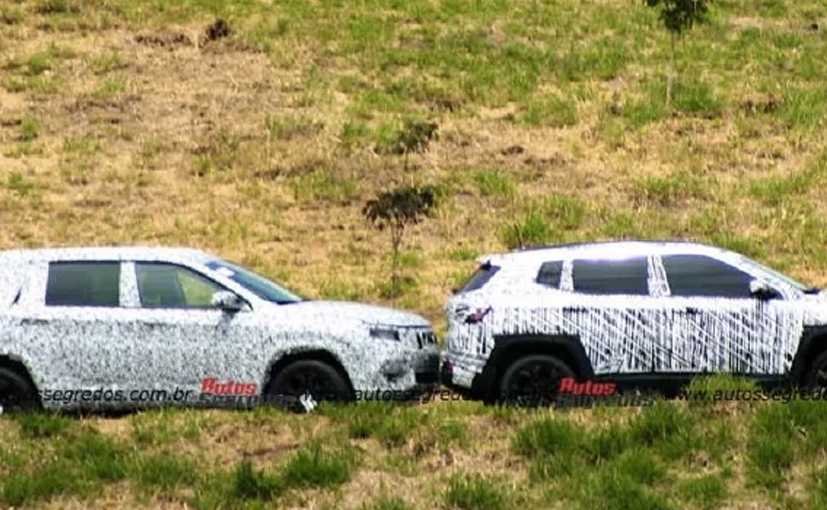 Jeep's Three-Row SUV will have a substantially larger rear overhangs.

To begin with, the face looks quite similar to the Compass sporting the same seven-slat grille on the upright face. The bumper looks a tad bolder and the hood too looks equally long. In previous images where both SUVs were seen in the same picture, both models looked similar till the B-Pillar. Now it's after the B-Pillar area where you get to see some changes and especially towards the rear where the large overhang in inevitable. The heavy camouflage hides the rear quarter glass completely, however, the large rear doors give an idea that the ingress and egress for the third-row occupants shouldn't be a problem. The rear quarter glass is also expected to be bigger in size so that the last-row passengers don't feel hemmed in, overall adding to the roominess of the cabin. 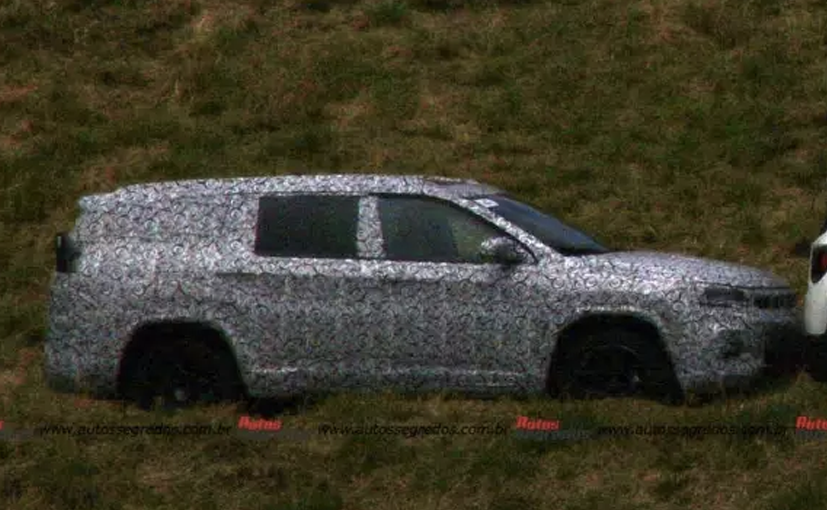 It will also share its powertrain with the Compass.

The SUV will be underpinned by the same four-wheel-drive (4WD) platform that spawns the Compass. We also expect it to be loaded to the gills with bells and whistles and feature a free-standing touchscreen infotainment system with latest UConnect 5 software. The equipment list may also include a digital instrument cluster, automatic climate control, a panoramic sunroof, ventilated front seats, and a wireless charger among others. We also expect it to be offered in both six and seven seater variants. It is also likely to share its powertrain with the Compass, so we expect to see the same 2.0-litre, four-cylinder engine under its hood mated to the nine-speed automatic gearbox and a 4WD system.