Latest patent designs show a three-wheeled vehicle that could rival the Can Am Spyder and the Polaris Slingshot. 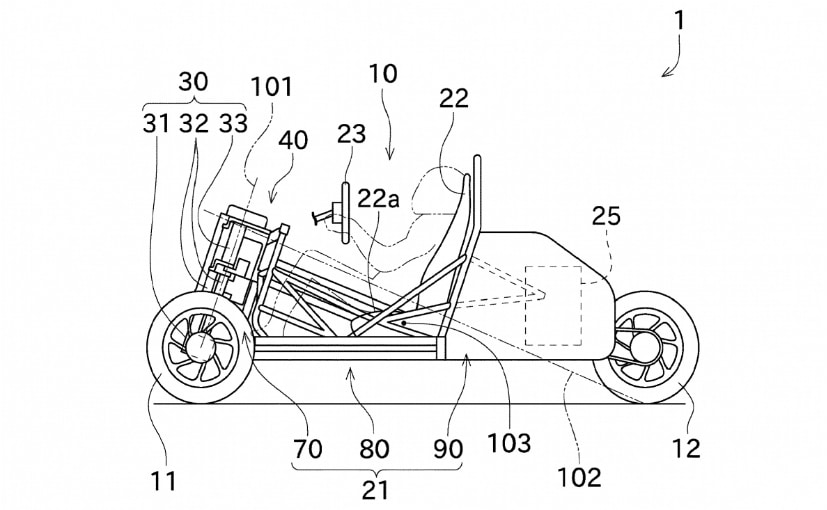 Patent designs filed by Kawasaki reveal that the Japanese giant could be working on a titling three-wheeler. Now, the idea of a leaning three-wheeler gives us images of the Yamaha NIken, but Kawasaki's design, unlike the leaning multi-wheel motorcycle that is the Yamaha Niken, the machine will seat the driver and a passenger side by side in a feet forward position, just like in a conventional passenger car. The patent designs reveal two wheels up front and one at the rear, suggesting that it could well be going up against the Polaris Slingshot, or the Can Am Spyder. 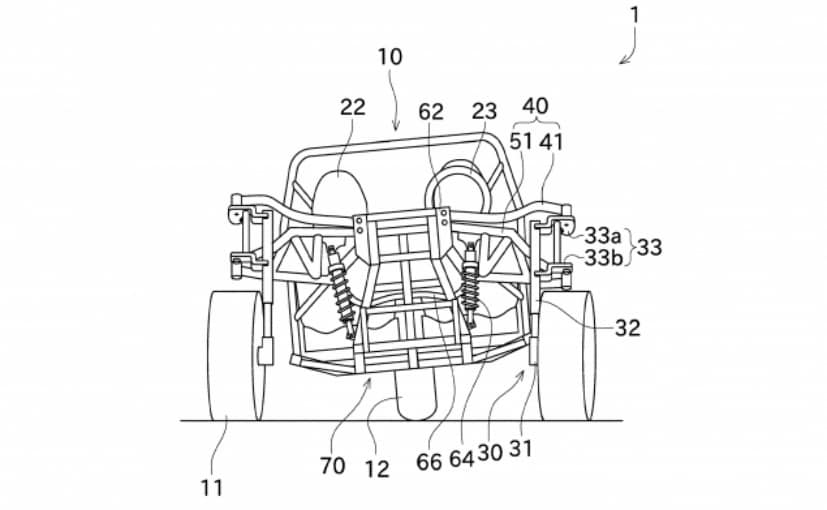 The Kawasaki design employs two front wheels which do not lean. Instead the chassis is designed to tilt

However, the Kawasaki's suspension system is completely different. Unlike the Polaris Slingshot's conventional wishbone suspension, the Kawasaki leans or tilts its chassis as it goes through corners. And instead of leaning the front wheels into the direction of the corner, the system keeps the wheels completely vertical and instead tilts the chassis of the vehicle. The front wheels are suspended by forks, with each of the fork tubes fitted with a steering link.

There's no word on what kind of engine will power such a machine. It can be either a petrol, fully electric, or even hybrid, with the engine or motor being mounted behind the bulkhead which the passengers sit against. Kawasaki's recent patent filings also reveal a three-wheeled motorcycle design, which also employed a somewhat similar design, with the front wheels not having any leaning action. So far though, these are only patent designs, and there's still no word on if Kawasaki is working on any production model related to the design filings.