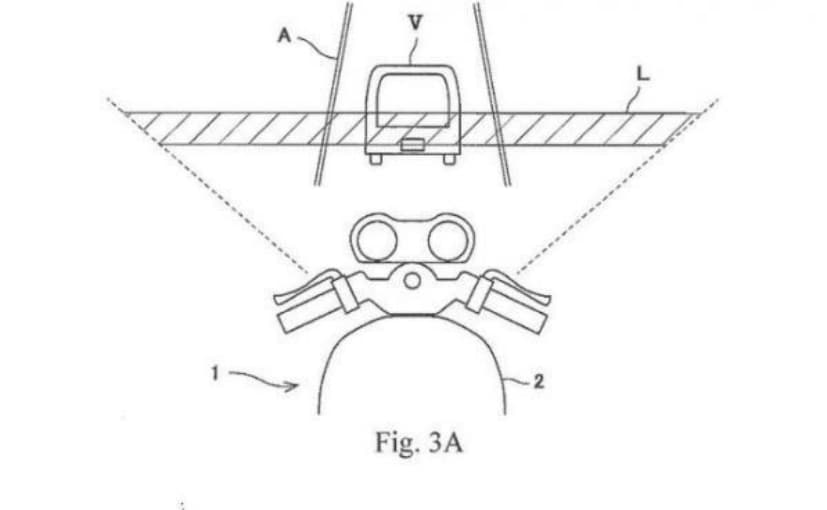 Kawasaki seems to be working on advanced safety systems which will help future Kawasaki motorcycles predict what is going to happen and take preventive measures. Latest patent filings from Kawasaki explains how the bike gathers information from its surroundings using lasers, cameras, and intelligent satellite navigation. So, instead of the bike's electronics, including the anti-lock brakes and traction control system and electronic suspension reacting to changes on what is around the motorcycle, the new patent explains how this hi-tech system can predict what is going to happen and take measures accordingly. 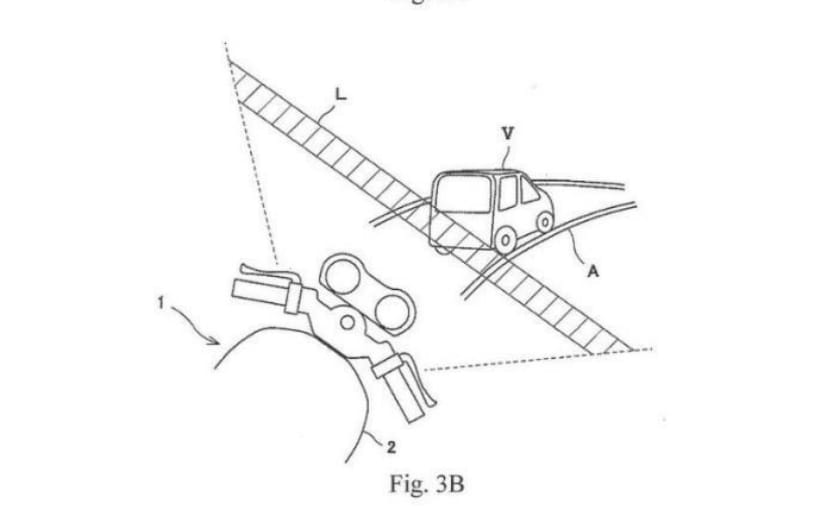 The cameras monitor the road ahead, by sending the images to a system that can recognise lanes in the road, and approaching corners.

The system uses not just sensors, accelerometers and the engine, but also gathers data from sensors located on the seat, pegs, and also from cameras located around the bike. This is in addition to signals already received from the bike's inertial measurement unit (IMU). The cameras monitor the road ahead, by sending the images to a system that can recognise lanes in the road, and approaching corners. 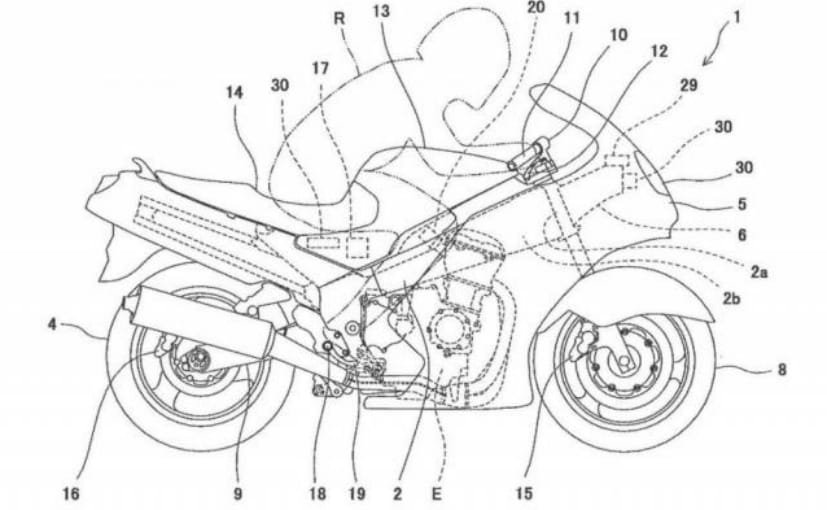 The system uses a combination of lasers, cameras and GPS to predict situations and take preventative measures

The lasers are located on the nose of the bike, and are used for measuring the distance to other vehicles, and then providing the data to the bike and allowing the electronics to calculate a response. The new safety system is also said to use real-time GPS data, helping it to understand the shape of the road ahead, and even know in advance the severity of upcoming corners. 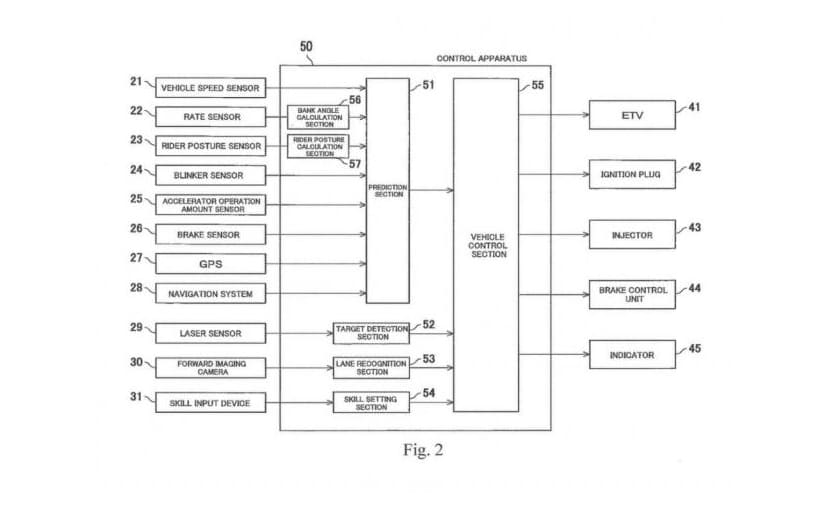 Additionally, there's also a new type of data gathering system listed out in the patent. This system somehow even detects the rider's skill level, training and ability, and will possibly even be able to better determine the rider's next move in any given situation, and make alterations and corrections if required.