Maverick Vinales broke the lap record at the Misano Circuit to take the pole position in the 2020 San Marino Grand Prix, while four Yamaha riders will start at the front promising an action-packed race tomorrow. 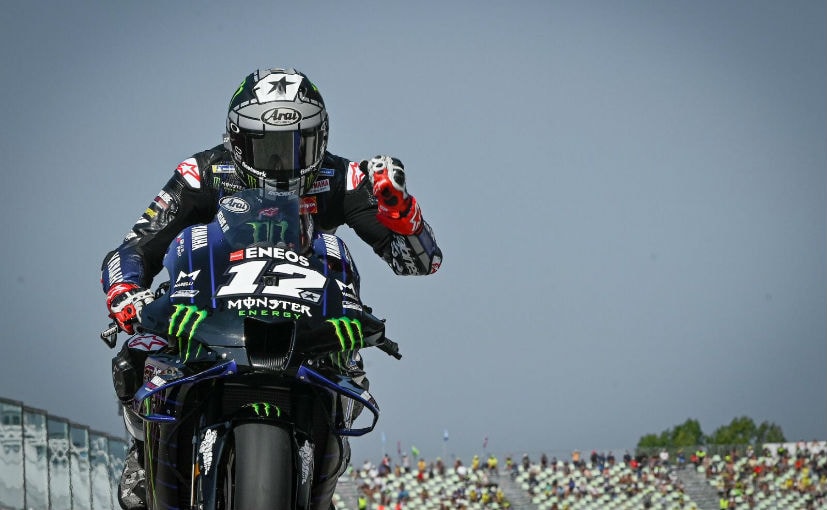 Maverick Vinales took a record-breaking claim to the pole position as the factory Yamaha rider put the fastest time in Q2 of the San Marino Grand Prix qualifying. The Yamaha rider claimed the pole with a time of 1m31.411s, breaking the lap record at the Misano circuit previously held by Jorge Lorenzo from 2018, having set a time of 1m31.411s. The circuit was dominated by Yamaha with four of its bikes fielding the top spots at the end of qualifying.

Vinales dominated qualifying from early on and set the pace with a lap time of 1m32.130s. However, he was soon beaten by teammate Valentino Rossi. As the riders moved up to Q2, Petronas Yamaha SRT rider Fabio Quartararo set the fastest lap time of 1m31.791s and was looking to seal another pole for the season. However, Vinales managed to beat the lap time with a time of 1m31.787s with just five minutes left on the clock. 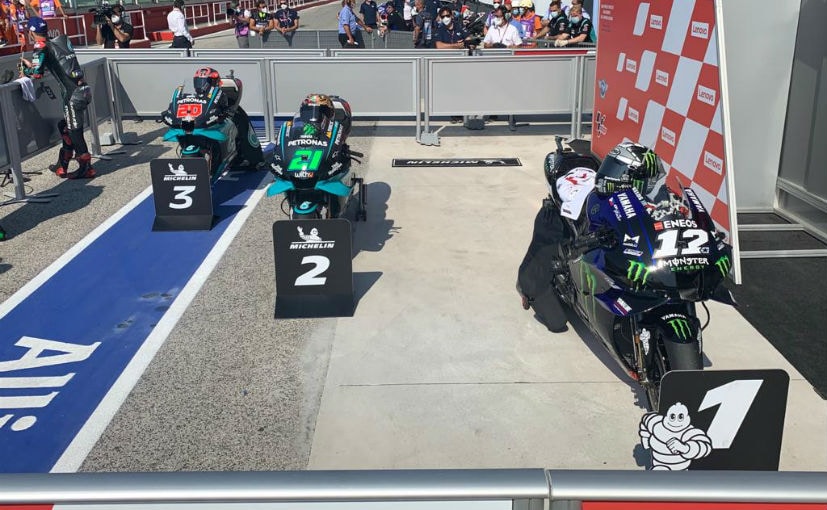 Meanwhile, Franco Morbidelli on the second SRT Yamaha was setting the screens with the fastest lap time of 1m31.723s and briefly took the provisional pole on the 2019 bike. Nevertheless, Vinales went out for a final run and beat Morbidelli's time, while also setting the new lap record at the Misano track.

Starting second behind Vinales will be Morbidelli followed by Quartararo, who set a time of 1m31.791s. The fourth spot was taken by Rossi with the fastest lap time of 1m31.877s, missing the top three by 0.086s. Pramac riders Jack Miller and Francesco Bagnaia start next and were split by just 0.002s, while Suzuki's Alex Rins is running at P7 tomorrow ahead of teammate Joan Mir. Andrea Dovizioso on the factory Ducati starts at P9, ahead of Johann Zarco on the Avintia Ducati, rounding up the top 10. 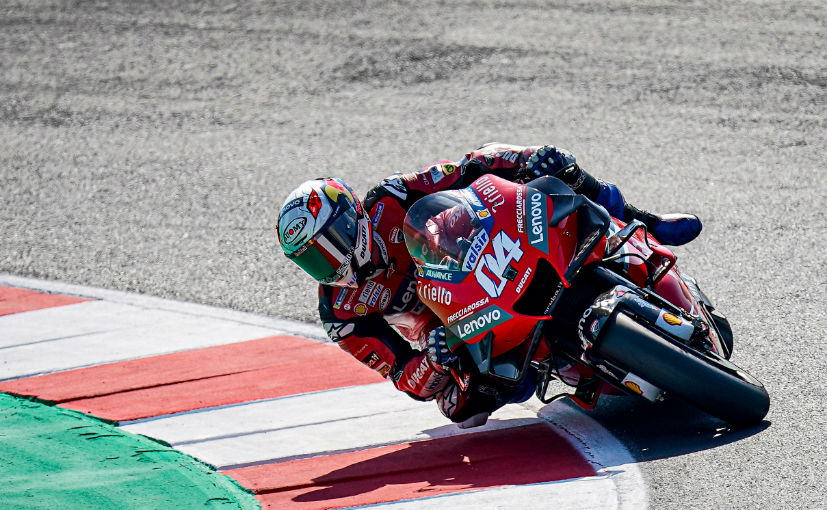 Pol Espargaro took P11 after an early crash in the qualifying session during Q1, while Miguel Oliveira of Tech3 KTM took P12. Riding the Aprilia, Aleix Espargaro starts at P13 tomorrow ahead of Takaaki Nakagami on the sole LCR Honda motorcycle after Cal Crutchlow was deemed unfit to race at Misano by the stewards due to his injury.

Riding on the factory Ducati, Danilo Petrucci couldn't better his time beyond P15, ahead of KTM's Brad Binder and Avintia Ducati's Tito Rabat. In what has turned out to be an extremely disappointing season so far for Honda, its rookie rider Alex Marquez starts at the back of the grid, behind Iker Lecuona on the Tech3 KTM, teammate Stefan Bradl and Bradley Smith of Aprilia.