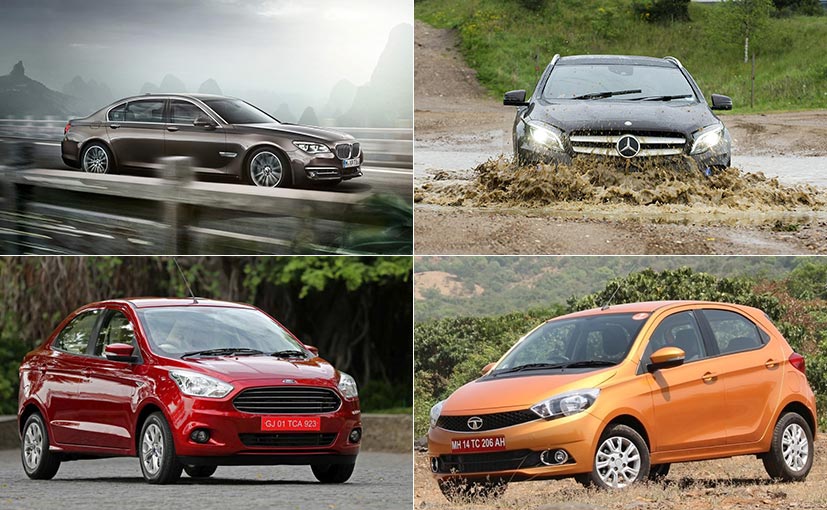 The government's demonetisation programme did not have the best of impacts on auto sales in the month of November, 2016. Society of Indian Automobile Manufacturers (SIAM) is calling it a temporary disruption in an otherwise healthy industry, and hopes it passes quickly. But the impact could be deeper than it wishes. Overall domestic sales for passenger vehicles, commercial vehicles, three-wheelers and two-wheelers for November 2016 were 1,563,665 units, down 5.48% year on year - the sharpest drop in nearly 4 years. Last year, Diwali was celebrated in November; hence the overall sales numbers were more. This in turn, made the drop in sales in November, 2016 looks all the more bad. The setback is particularly painful for the sector, coming on the heels of a much awaited recovery through the summer - that was bolstered by a good monsoon and strong festive period.

Watch Siddharth explaining the impact of demonetisation on Auto Industry

Manufacturers with a healthy order book - like Maruti Suzuki or Hyundai - are less affected by demonetisation than others. It has been easier for them to adjust the production and despatch existing inventory to dealerships. This is of particular importance at this time of the year, since most brands had exhausted built-up inventory during the recently concluded festive season.

Y.S. Guleria, Senior Vice President - Sales and Marketing, Honda Motorcycle and Scooter India Pvt. Ltd., said "Two-wheeler sales dropped by 50 per cent in the first 3-4 days since the announcement of demonetisation. But recovery started week 2 and by the end of month, Honda's all India sales returned to almost 80 per cent of normal level with South, West and East leading the recovery.

2. Sales figures for Two-Wheelers in November, 2016

Most manufacturers reported a sharp drop in footfalls to their dealerships, especially in the first week since the demonetisation announcement. As the month progressed, footfalls have steadily recovered. "While there were no concrete numbers, SIAM believes that most dealerships have recovered close to 80-85 per cent footfalls that they had lost," said Vishnu Mathur, Director General, SIAM.

Although Pawan Munjal, MD and CEO, Hero MotoCorp Ltd. applauds the initiative by the government, he agrees that it will hurt his company's business in the short-term. "While there was a steep drop in footfalls at our dealerships in the first two days of demonetisation, we are already seeing steady improvement in the situation with footfalls having gone up to almost 85 per cent of the normal level. With the slew of measures being implemented by the government, we expect the situation to return to normalcy sooner than later."

3. Sales figures for Three-Wheelers in November, 2016

The impact is more rural than urban, since cash still forms the basis of many transactions in the hinterland. This is especially true for two-wheelers that are priced up to ₹ 1 lakh-1.2 lakh - as the finance options for these are fewer. If one considers the purchase of passenger vehicles, up to 80 per cent of the vehicle's value is usually financed by banks and the rest is paid up front - again mostly in cash.

To counter the impact of demonetisation in urban areas, manufacturers along with the finance partners have rolled out cashless schemes, 100 per cent finance, tie-up with e-wallet companies (Paytm) to re-instill the buying sentiment. Also, SIAM says that the demand for automobiles hasn't come down, it is temporarily deferred. Jnaneswar Sen, Senior Vice President, Sales and Marketing, Honda Cars India Ltd. said, "The margin money contribution will be affected for all customers. To ease deal closure and give comfort to the customer we have negotiated 100 per cent on road and Ex-showroom funding deals with (banks like) HDFC, AXIS, and ICICI Bank."

Honda Two Wheelers has figured out a unique way of negating the effects of demonetisation, by focusing on exports. "Strategically, Honda hedged its business by increased exports focus. Honda is also setting networks right up to rural areas and has extensively started building PoS (Point of Sale) infrastructure and promoted online payment gateways leading to slight recovery towards end of November'16. Looking ahead, we remain cautious on recovery forecast next month as December is traditionally a lean sales month," said Y.S Guleria.

SIAM isn't optimistic of a pickup in sales in December since the effect of demonetisation is still being felt, and December is a traditionally low-sales month anyway. "Companies also try to rein in the production/inventory by shutting down plants for maintenance or cancelling a shift for assembly line and floor shop workers," said Vishnu Mathur.

5. Sales figures for Medium and Heavy Commercial Vehicles in November, 2016

The Indian automotive industry is slowly and surely trying to shake off the effects of demonetisation with a few counter-measures of its own. The next big reform to shake things up in the auto industry will be the implementation of GST from April 1, 2017. Exciting times ahead, we say!