Moto GP is a dangerously thrilling sport which features some of the toughest tracks. Read ahead to know which ones are the deadliest.
By carandbike Team 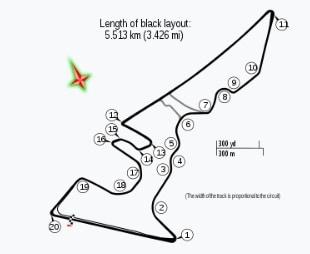 MotoGP is the professional class of motorcycle racing with each race lasting up to 40-45 minutes. The bikes are powered with 1000cc engines and are capable of going over 300kmph in speed. The tracks in use for the races are based in various countries all over the world, and each track has different characteristics. MotoGP can be quite thrilling and give you an adrenaline rush, but it is a very dangerous sport at as well. Due to the difficulty level of the tracks, many fatalities have also occurred. Here's a look at some of the toughest circuits in MotoGP: 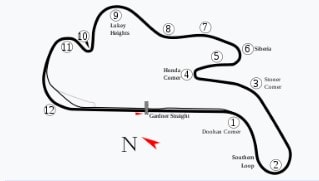 The Phillip Island track is considered to be one of the toughest circuits in MotoGP. The track has an asymmetric layout with variable conditions which makes it distinctive from most other tracks. The track features many fast turns which encourage more speed. Such tracks take a toll on the rear tyre of the motorcycles due to excessive heat. It is also a very scenic track which the riders love to visit and look forward to as a challenge. 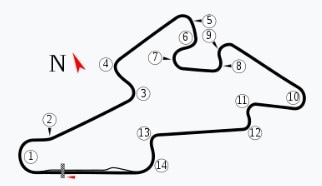 This track where riders have to go up against a 73.75 meter elevation throughout the track definitely makes the list of the toughest circuits in Moto GP. The track also has bumps and other problems which have worsened over the years and many riders believe that the track is not in proper condition for a MotoGP race as it can be extremely dangerous. The circuit has also announced that they will not be holding any more races here for the foreseeable future. 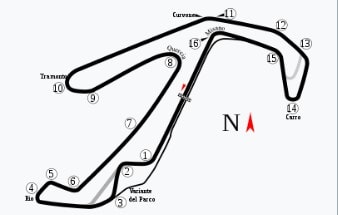 The Misano world circuit became functional in 1970 and was modified to host the world motorcycle championship in 2006. The track features some of the most hardcore turns of any track, but also allows enough spacing for players reach super high speeds. The highest speed recorded on the track is 299.5 kmph. In November 2011, the owners announced that the track would be named after Marco Simoncelli, an Italian motorcycle racer who died during 2011 Malaysian Grand Prix. Misano's turns and elevation add its name to the list of the toughest circuits in moto GP.

Circuit of the Americas 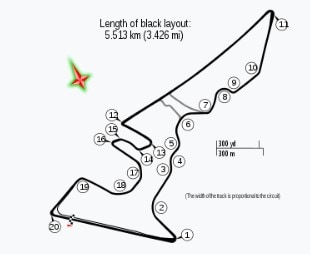 The COTA track was built in 2012 and is one of the most popular tracks in the MotoGP world for its elevation. The elevation might not be as high as Brno but it is the pace at which the riders have to tackle it which makes the difference. The track has a total elevation of 41 meters and the climb starts right from the first turn making it technically difficult to ride on. The track is barely 10 years old ­- one of the most modern ones in the world and an absolute pleasure to ride on. Since its opening in 2011, COTA has been annually conducting United States Grand Prix for Formula One MotoGP, IndyCar Classic, Motorcycle Grand Prix of the Americas, Americas Rallycross Championship, FIA World Endurance Championship and recently NASCAR too.

These were our top picks for the toughest circuits in MotoGP. Which one is the most thrilling for you?