Pol Tarres is known for his gravity defying antics on slim, light enduro and trials bikes. In fact, he was a former Trials champion. But, for his newest project/video, 'The Seeker', Tarres trades in his Husqvarna TE300I for a stock Yamaha Tenere 700 and weaves magic. 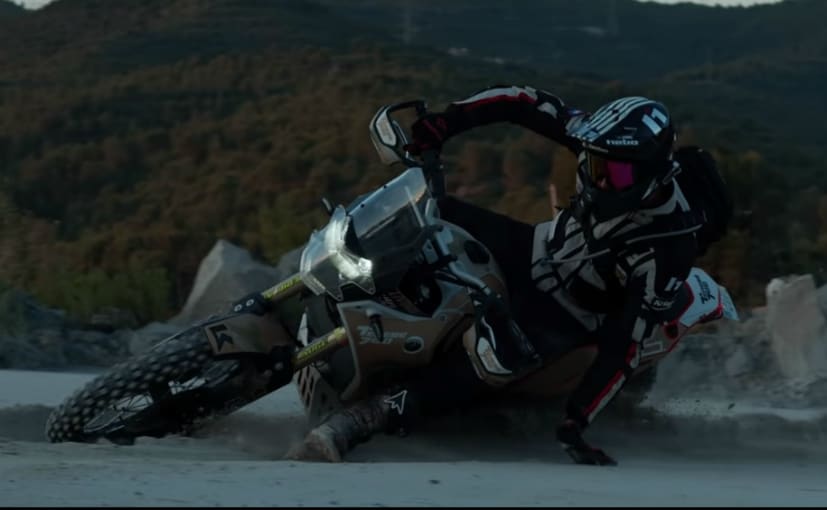 Die hard trials and enduro fans will be familiar with Pol Tarres. But for the uninitiated, he is a former trials champion and a hard enduro rider. In his newest video, 'The Seeker', Tarres is seen putting the Yamaha Tenere 700 through its paces. He is riding a 200 kg+ adventure bike like he rides his trials bike and that is adventure riding at its best! The film is shot by Echevarria brothers, who also call themselves 'The Who'. Tarres sets the tone of the film where he is seen reverse rolling the Tenere 700 off the back of a pickup truck and then sets on to carry out near impossible, gravity-defying stunts as if he is riding a motorcycle half the size and weight of the Yamaha Tenere 700.

Over the course of the video, Tarres is shown shredding the Spanish countryside, beautifully shot and shown by the Echevarria brothers. The editing itself is slick and uses a lot of close-ups and slow motion shots, giving the viewers enough time to soak in the stunts done. One scene in particular stands out where Tarres, leans over the Yamaha T7 to an unthinkable angle and touches the ground with his palm and continues riding. 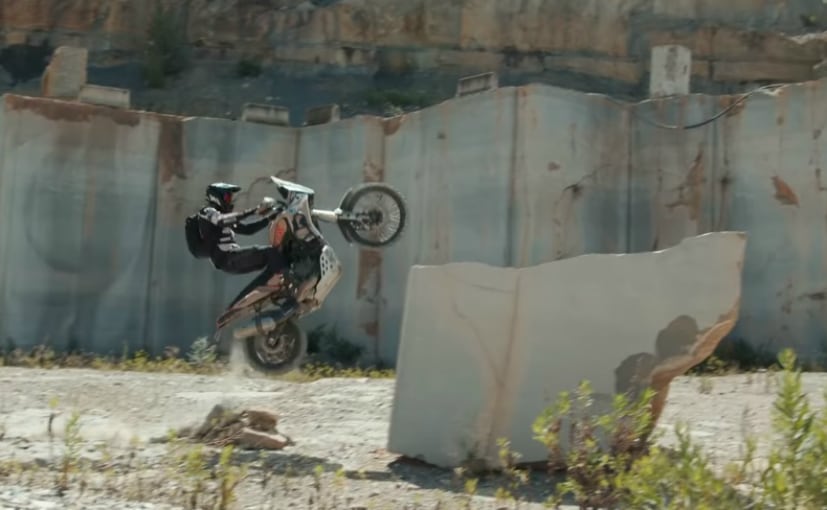 Then, you have Tarres climbing over big obstacles on the T7, with the immaculate ease of riding an ultra-light enduro bike. The post-credit roll has a few crashes and some funny outtakes, ending the video on a hilarious high. The producers of the video say that Pol Tarres crashed just 3-4 times during the entire shoot which is why the bloopers sequence is so short. 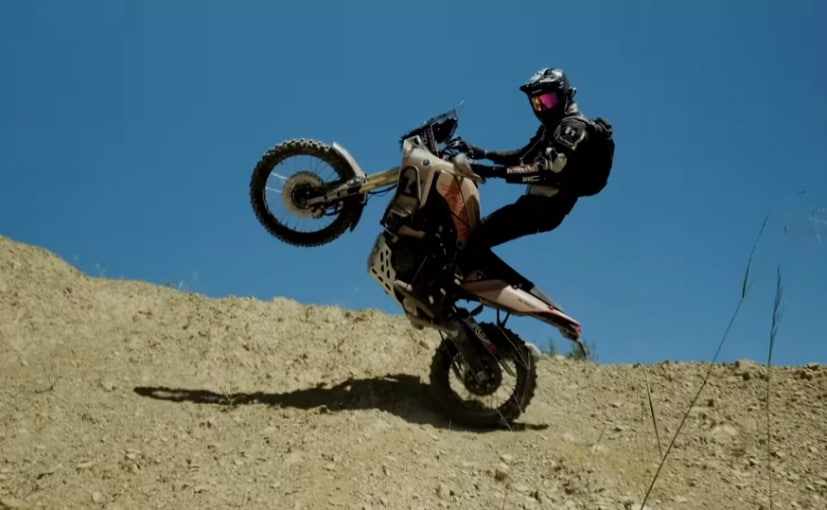 (Pulling wheelies on an incline is child's play for Pol Tarres)

As far the Yamaha Tenere 700 is concerned, it was stock for the most part, with the only changes coming in as Mitas knobby off-road tyres and extra oil in the front forks, so that the motorcycle is able to take multiple hard landings over the course of one week of the shoot. In terms of specifications, the Yamaha Tenere 700 gets a 698 cc parallel-twin engine which makes 72 bhp at 9,000 rpm and 68 Nm of peak torque at 6,500 rpm. 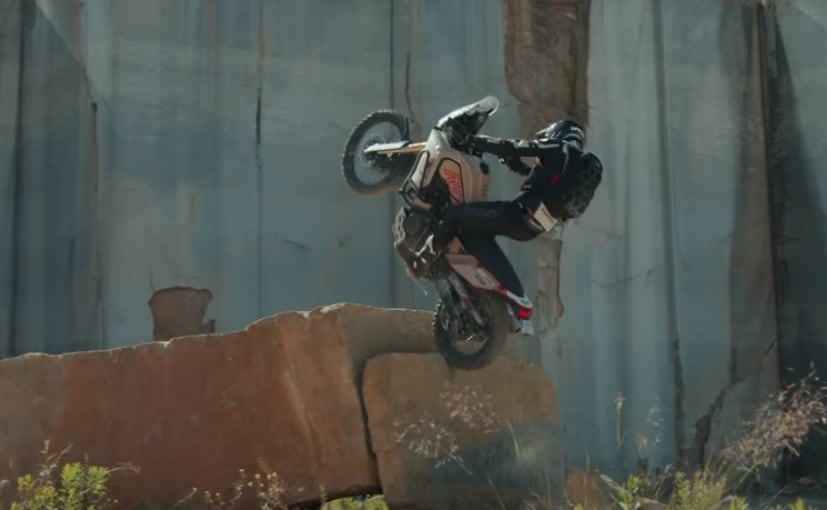 (Gravity seems to be an alien concept for Pol Tarres, on his Yamaha T7)

The bike gets ABS as standard, which is switchable for off-road use, but apart from that, there are no other electronic riding aids. So, there's no traction control, no riding modes, and no fancy electronics, which means the rider gets a pure motorcycling experience. And of course, the motorcycle does have mad off-road capability, as proven by Pol Tarres.