The Yamaha Tenere 700 is not offered on sale in India, and even the Rally Edition will not be available for sale here, in India. 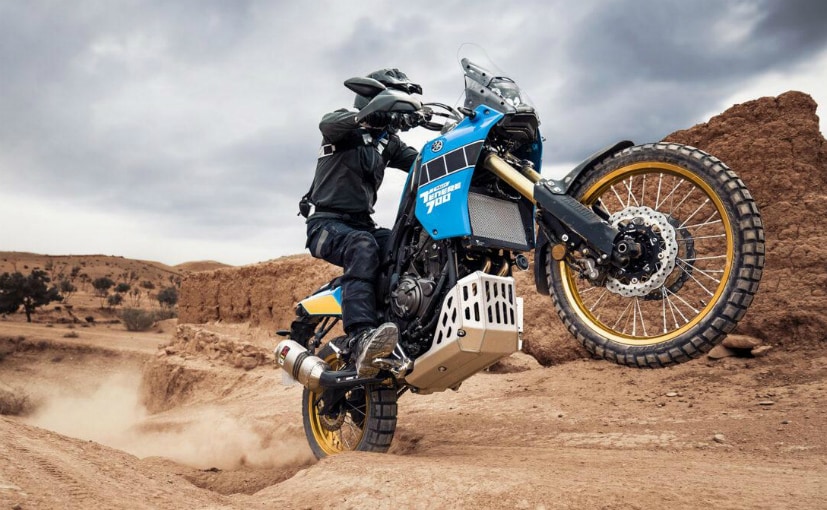 The Yamaha Tenere 700 Rally Edition has been announced featuring heritage Dakar Rally colours, and several accessories that make it even more suitable for off-road use. Apart from the 1980s rally-inspired paint-job, the Tenere 700 Rally Edition also gets a few parts from the Yamaha parts catalogue, including an upgraded skid-plate, Akrapovic end can, rally seat and guards for chain and radiator. The indicators have been upgraded to LED units, and the tank pad grips and off-road handlebar grips come as standard. 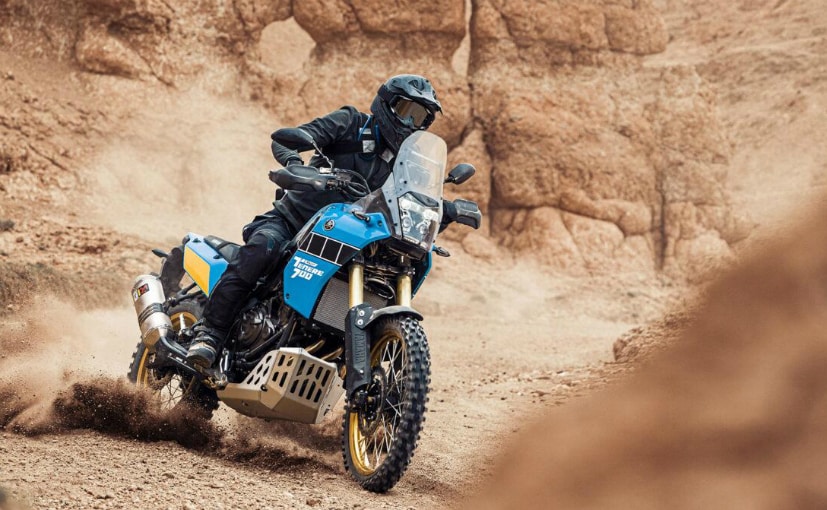 The Yamaha Tenere 700 Rally Edition gets no mechanical changes, apart from a few accessories to increase its off-road capability

The engine remains the same, with the Yamaha Tenere 700 Rally Edition powered by the same 689 cc, parallel-twin engine which puts out 72.4 bhp of power at 9,000 rpm and 68 Nm of peak torque at 6,500 rpm. With a kerb weight of just over 200 kg, the Tenere 700 promises to be a fun, and nimble adventure touring motorcycle, with very good off-road capability. There's standard ABS, which is switchable for off-road use, but apart from that, there are no other electronic riding aids. So, there's no traction control, no riding modes, and no fancy electronics. 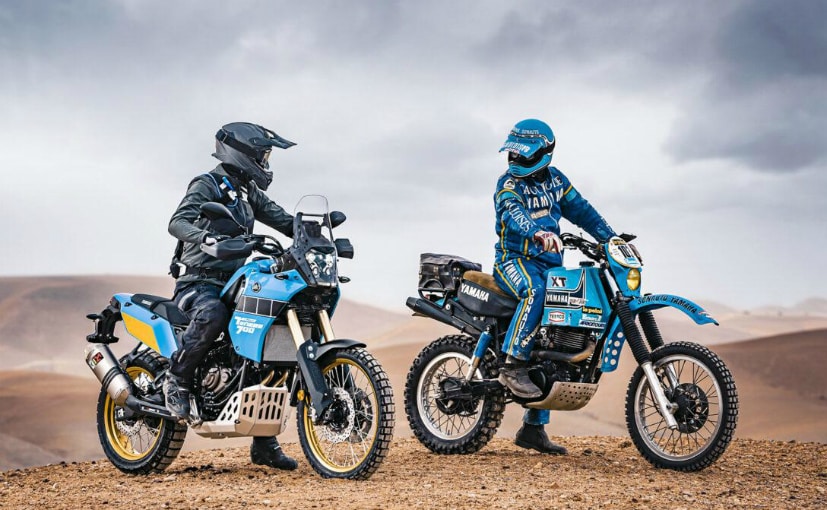 The most distinctive change is the special blue and yellow livery that pays homage to the Yamaha rally bikes ridden by Jean-Claude Olivier and Serge Bacou in the 1983 and 1984 editions of the Dakar Rally. Jean-Claude Olivier, popularly known as JCO, was also CEO of Yamaha Motor France, and went on to establish Yamaha as the number one brand in France. JCO played a key role in making the first production model Yamaha XT600Z Tenere one of Yamaha's most successful and legendary models. The historic colours of the new Yamaha Tenere 700 Rally Edition are a true homage to JCO and his fellow Dakar heroes. 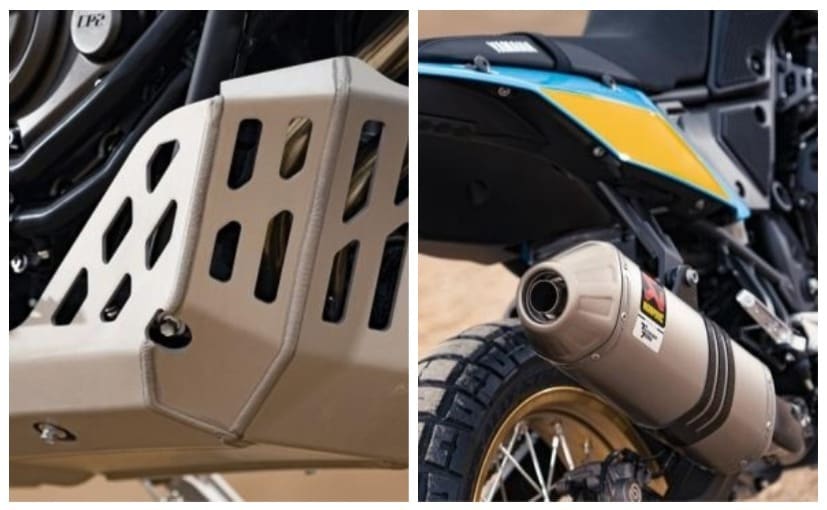 Apart from the stunning colour scheme, the Tenere 700 Rally Edition also features a new 4 mm thick aluminium bash plate protecting the engine underbelly and lower frame rails. There's also a black aluminium radiator guard, and an aluminium laser-cut chain protector. The riding position of the bike has also been tweaked with a new one-piece seat raising the seat height by 20 mm over stock, taking it to quite a lofty 895 mm. The 21-inch front and 18-inch wire spoked wheels are retained on the Rally Edition, which will be available across dealers in Europe by July 2020. India Yamaha does not offer the standard Yamaha Tenere 700 on sale in India, so there's no chance of the Rally Edition being made available here as well.