Ultraviolette marked the start of trial production by hosting about 100 manufacturing partners and vendors at its plant. The electric motorcycle's launch is slated for later this year.
By Sameer Contractor 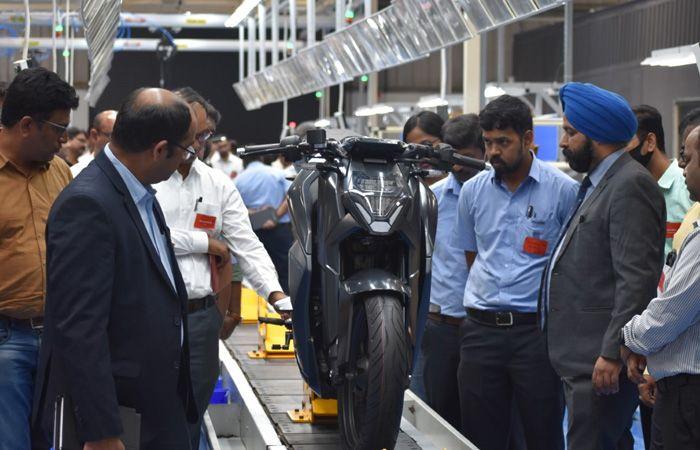 Bengaluru-based Ultraviolette Automotive has begun production trials of its upcoming F77 electric motorcycle at its facility. The company marked the occasion by hosting about 100 manufacturing partners and vendors including Bosch, Brembo, Gabriel, SACL, Minda, Fiem, from across the country. The Ultraviolette F77 has undergone five years ago of R&D and testing and the performance electric motorcycle is now heading towards series production with the launch expected later this year.

The Ultraviolette F77 has been designed and developed indigenously taking inspiration from the with principles used in the aviation industry. The e-motorcycle boasts of some promising specifications including 21700 cells, a safer battery pack and a range close to 200 km on a single charge. Power will come from the BLDC motor that develops 33 bhp at 2,250 rpm and 90 Nm of peak torque. The manufacturer claims 0-60 kmph comes up in 2.8 seconds with 0-100 kmph coming up in 7.5 seconds. The top speed is rated at 147 kmph.

Suspension duties will be handled by adjustable USD front forks along with an adjustable monoshock at the rear. Braking power will come from 320 mm front and 230 mm rear disc brakes with dual-channel ABS. The wheelbase on the F77 measures about 1360 mm and the motorcycle gets a 50:50 weight distribution.

Ultraviolette held the first customer test rides in August this year at the Taneja Aerospace & Aviation Ltd (TAAL) airstrip in Tamil Nadu. The test rides were exclusively for the aviation community. The start-up says it has received over 65,000 pre-orders for the F77 from 190 countries. The company is actively looking to retail the electric offering outside of India, including the US and Europe. 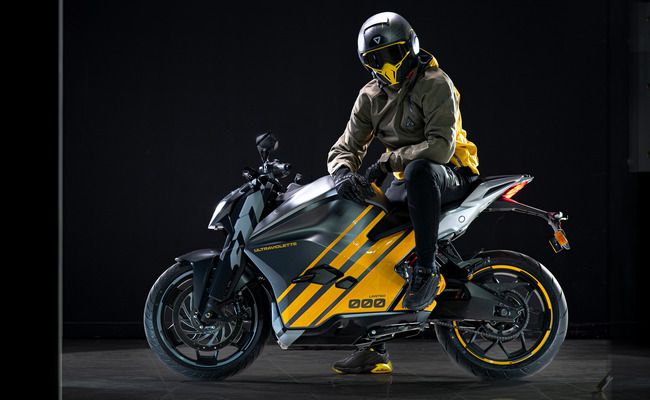 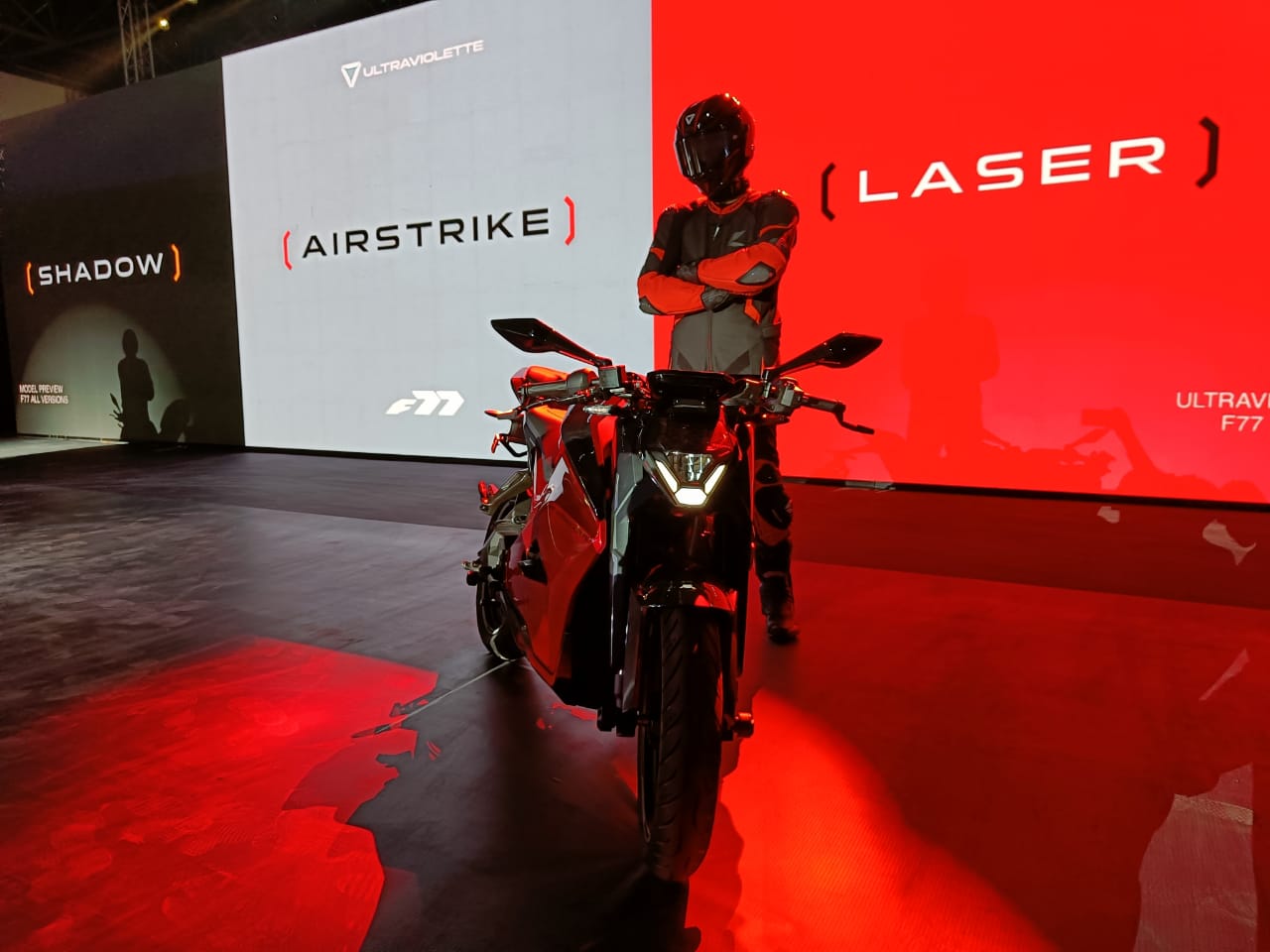 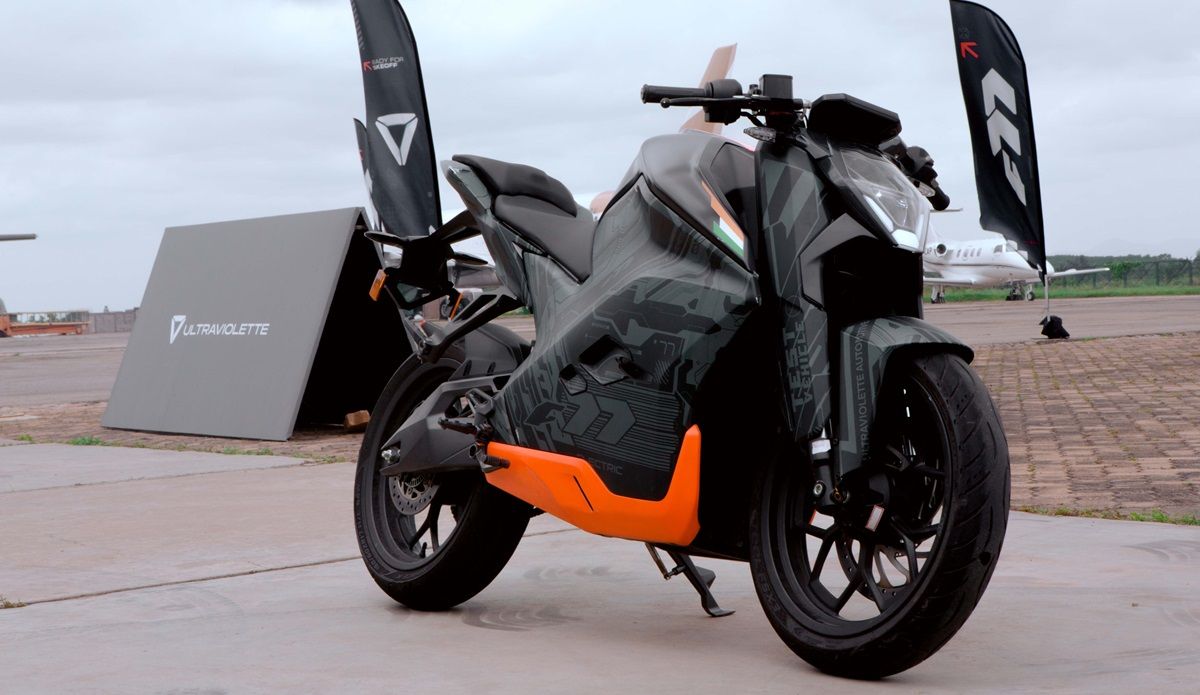