This time around Renault's subcompact SUV, codenamed HBC, was spotted undergoing testing in Maharashtra, and we also get to see the production-spec headlamps. 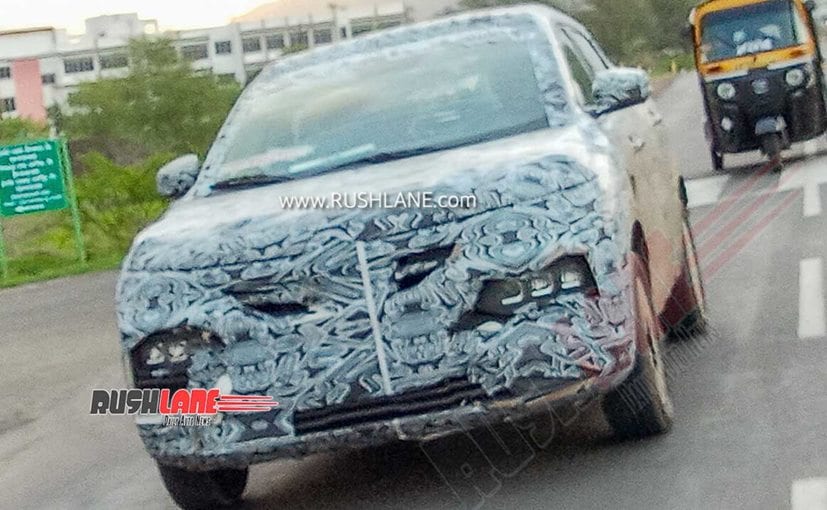 Renault India's upcoming subcompact SUV, codenamed HBC, was recently spotted testing in India again. This time around, the prototype model was seen wearing temporary Maharashtra number plates and appears to be undergoing testing on the old Mumbai-Pune highway. Earlier this month, another test mule of the new sub-4 metre SUV was spotted in Chennai as well. The new spy photos also give us a glimpse of the headlamps the production version of the upcoming Renault HBC will get and they're quite similar to the Kwid/ The headlamps are positioned below the daytime running lamps, closer to the bumper. 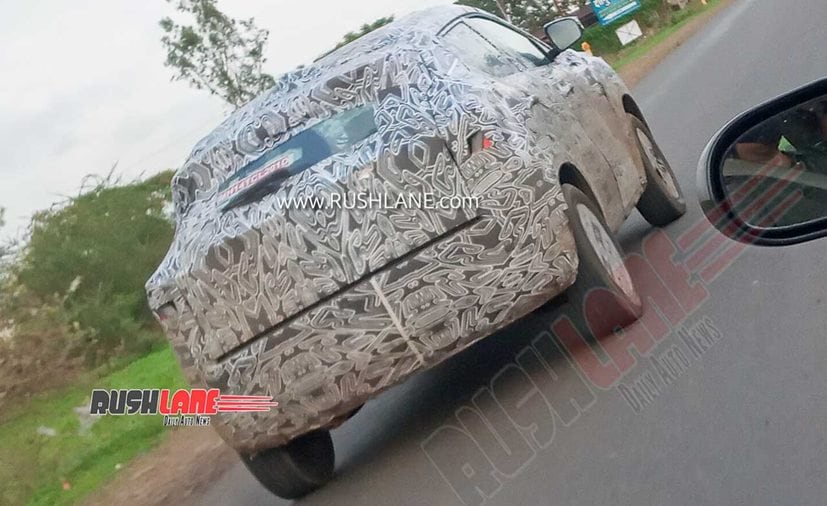 The upcoming subcompact SUV from Renault, codenamed HBC, was spotted testing in Maharashtra

Now, the upcoming Renault HBC will be built on the advanced CMF-A+ platform that also underpins the company's current top-seller, the Renault Triber. Judging by the silhouette of the HBC, the subcompact SUV appears to be an enlarged version of the Kwid, however, we do expect to see a considerable distinction in styling. The test mule is also disguised with a bunch of pseudo cladding, however, based on the exposed bits, we expect the HBC to come with roof rails, a shark-fin antenna, roof-mounted rear spoiler and a pair of LED taillamps. While the previous test mule was running on just steel wheels, this one appears to be wearing full wheel covers that look like alloy wheels, similar to what the Triber gets. 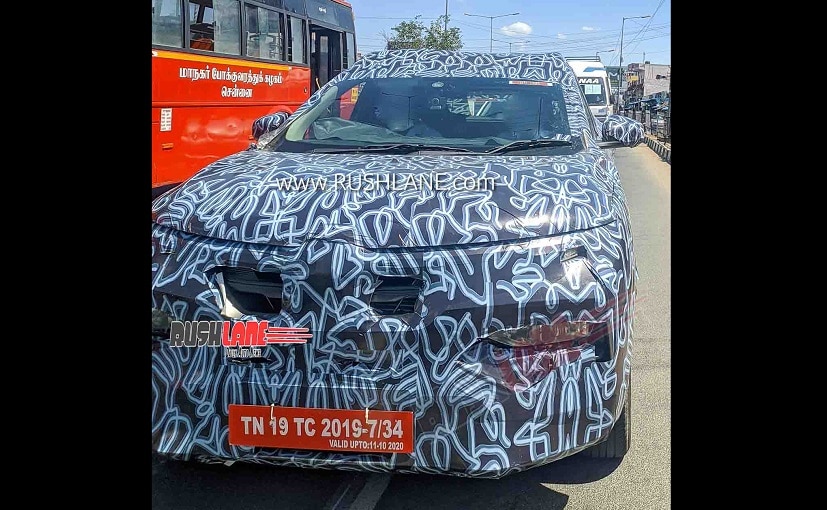 Renault's sub-compact SUV is likely to come with the 1.0-litre turbo petrol three-cylinder engine that was showcased at the Auto Expo 2020

We do not get to see the cabin of the SUV in these photos, however, we expect the interior of the new SUV to borrow its cues from the Triber and Kwid, offering a well laid-out dashboard, with a touchscreen infotainment system, and a multi-functional steering wheel. The cabin is likely to come with fabric upholstery, automatic climate control, Apple CarPlay and Android Auto. It is also likely to get safety features like - ABS with EBD, dual airbags, reverse parking sensors, high-speed alert and seat belt reminder as standard.

Under the hood, the upcoming Renault subcompact SUV is likely to come with the 1.0-litre turbo petrol three-cylinder engine that was showcased at the Auto Expo 2020 and is also expected to be offered with the Triber. The unit is likely to produce around 99 bhp and 160 Nm of peak torque, while mated to a 5-speed manual and an AMT unit.