The Volkswagen Vento has complete 10 years in the Indian market, but except for a few facelift, not much has changed in the car. However, now the Vento comes with a new 1.0 TSI petrol engine that promises to be both fun and frugal. We find out if there is any truth to that. 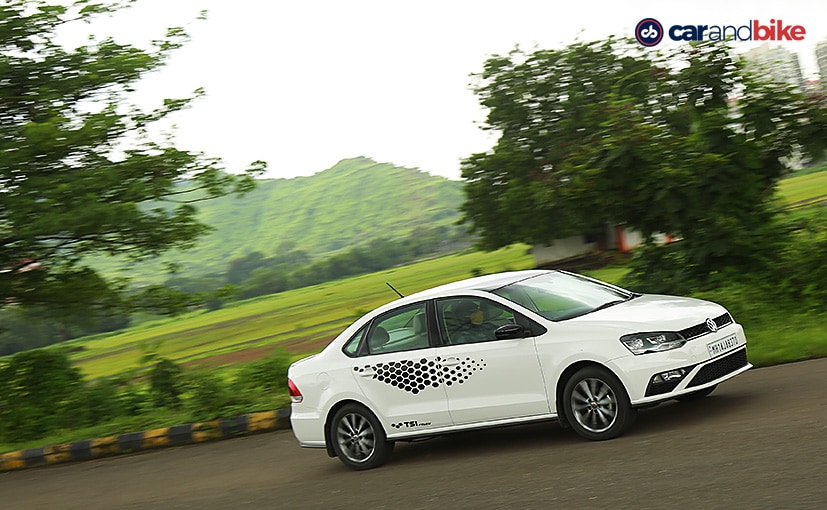 View Photos
The 2020 Volkswagen Vento is now a petrol-only sedan and comes with a 1.0 litre TSI engine

Ten years! Yup, it's been ten years since Volkswagen India launched the Vento compact sedan. However, if you look at the latest iteration of the car, it still looks the same as it did ten years ago. In fact, apart for a bunch of cosmetic updates and revision of features every two or three years, the car never really received any major update in India. And the same goes for its sibling, the VW Polo, and their Czech cousin, the Skoda Rapid. There are a lot of similarities between the three cars, and now, all three models also come with the same 1.0-litre TSI turbo petrol engine. We have already driven the other two models and told you all about them. So, it's now time to see how the new small-displacement turbocharged engine performs in the Vento. 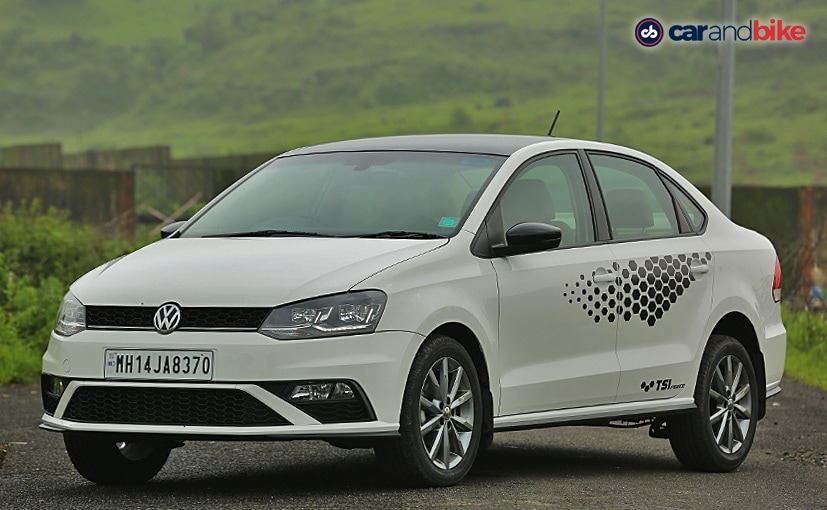 The Volkswagen Vento has completed 10 years in India, and apart from a few facelifts, the car has largely remained unchanged

So, before we dive into the performance aspect of the car, let us get all the fact and figures out of the way, starting with the showstopper. The new 999 cc, three-cylinder turbocharged petrol motor is the recipient of the 2018 International Engine of the Year Award. The motor is tuned to churn out around 108 bhp between 5,000 to 5,500 rpm, while developing a peak torque output of 175 Nm that kicks in from as low as 1,750 rpm, going all the way up to 4,000 rpm. The engine comes paired with a new 6-speed manual gearbox and as of now, that's the only option you get. However, Volkswagen did announce that an automatic 6-speed torque converter unit will be launched soon, and that is likely to go on sale in India later this year. 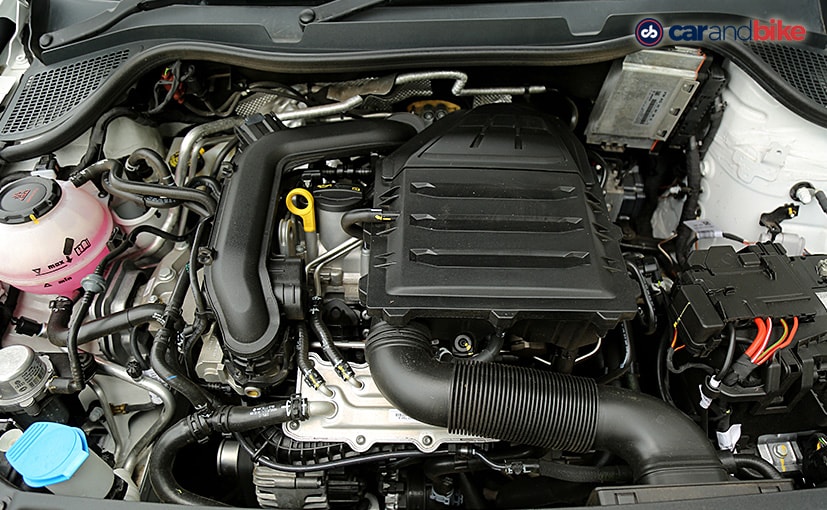 The 2020 Volkswagen Vento is now petrol-only and comes with a new 1.0-litre TSI engine that it shares with the Polo and Skoda Rapid

Now, it was just back in September 2019 that Volkswagen introduced the most recent facelift for the Vento, and since then nothing has changed in terms of design or styling. One of the more prominent visual updates was the new face, which comes with the GTI-inspired honeycomb pattern mesh grille with the VW badge at the centre and a simple chrome strip below it. The grille is flanked by a set of twin-pod LED headlights with integrated LED daytime running lamps, which the Polo does not get. The bumper too has been updated and it comes with a wide airdam with matching honeycomb pattern grille and with horizontal foglamps and static cornering lights on both sides. Together, the whole setup gives the Vento a sportier appearance, compared to the pre-facelift model. 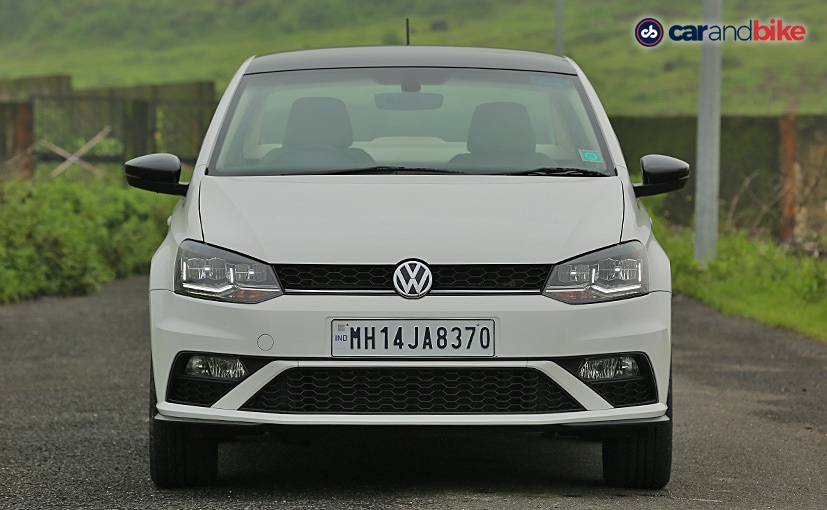 While the Volkswagen Vento's styling is similar to the Polo, compared to its smaller sibling, the Vento does get the additional LED headlamps with LED DRLs

The profile, however, sees no change whatsoever. In fact, you even continue to get the same 16-inch Portago 10-spoke grey alloy wheels as before. The model with us also comes with the options honeycomb pattern side graphics with the 'TSI Power' tag, however, I am not a big fan of it, and a bit glad that it's not part of the standard offerings. However, you do get side skirts along with a pair of smoked LED taillamps, and a sporty rear bumper with a chrome-tipped exhaust, and black underbody cladding with guess what, more honeycomb pattern design element. Are you guys seeing a pattern here? Pardon the pun. 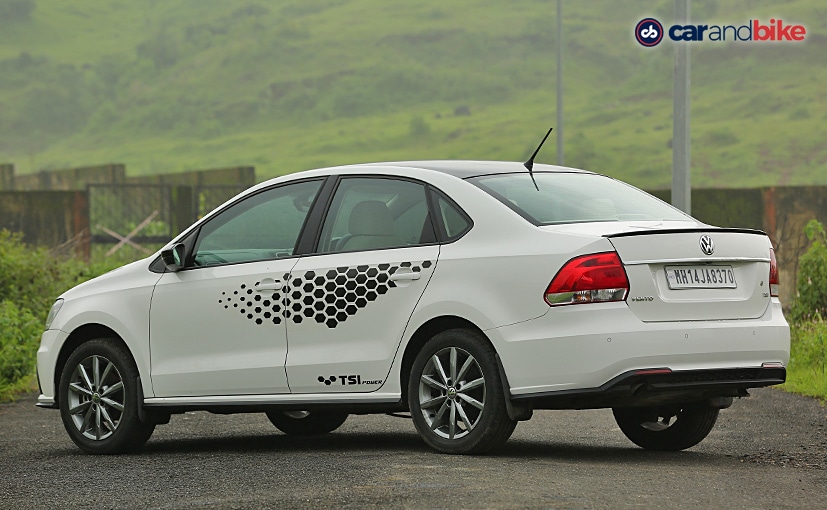 At the rear, the Volkswagen Vento 1.0 TSI gets smoked LED taillamps, and a sporty rear bumper with a chrome-tipped exhaust

Step inside, and you'll be welcomed by the same old beige and black dual-tone cabin of the Vento. There is not much to complain about the built quality of the cabin, in fact, the Vento has always offered one of the best fit and finish in its class. However, design and styling are certainly dated to say the least. Especially, when we compare it to the likes of the new Honda City or the 2020 Hyundai Verna which offer way more advanced creature comforts like ventilated seats, wireless charging, and even a sunroof. However, what the Vento does get it a new flat-bottom steering wheel, which is standard across all variants. Also, while the infotainment unit along with all the buttons and knobs remains unchanged, the system itself has been upgraded, and it now offers Apple CarPlay, Android Auto and MirrorLink. 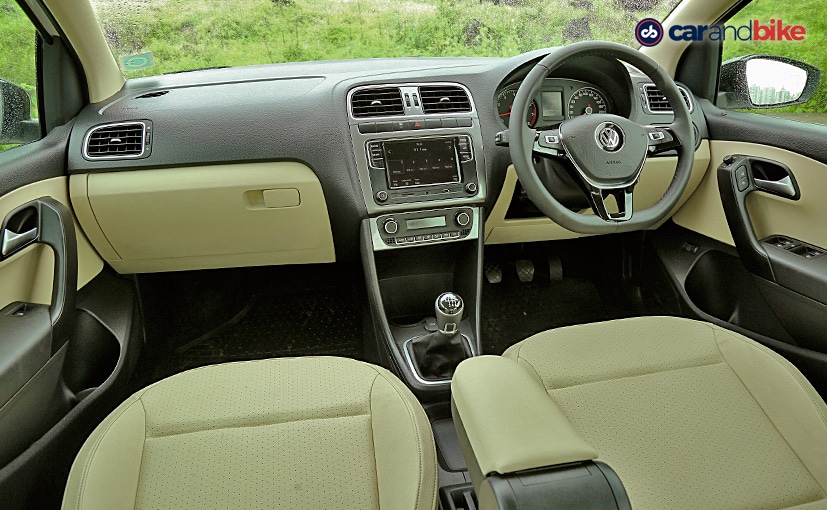 You also continue to get a USB port with the infotainment system, something that the Skoda Rapid did not get, or rather was kept hidden inside the glovebox. That said, the Vento misses out on a few basic features like an engine start-stop button or even a secured place to stow away your phone. However, you do get comfortable seats upholstered in faux leather, cruise control, rear AC vent, foldable central armrest and 12V power socket for both front and rear passengers. In terms of safety, this top-spec Highline variant comes with 4 airbags, ABS with EBD, rain-sensing wipers, auto-dimming interior rear-view mirror, and rear parking sensors with a rear camera. 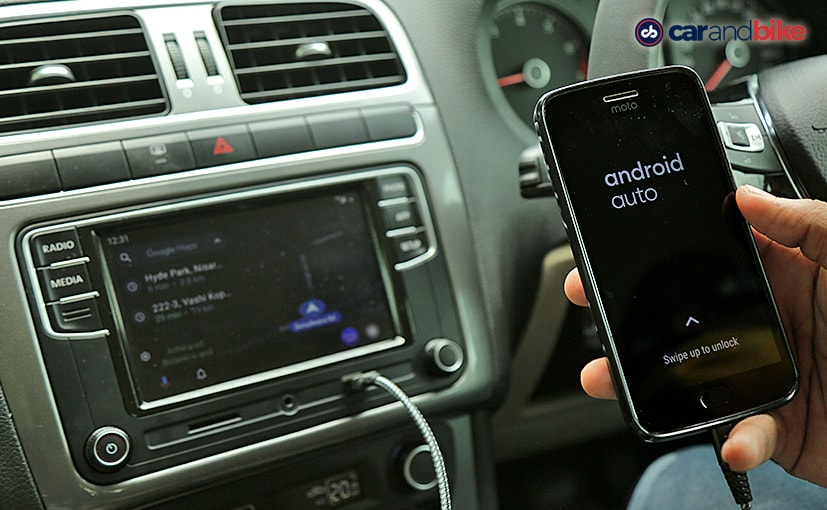 The Vento also gets an updates infotainment system with Apple CarPlay, Android Auto and a USB port, three things that are not offered on the Skoda Rapid

So now that we have talked about everything that the 2020 Volkswagen Vento gets or doesn't, let's see how it drives. Now, we have already told you about this new 1.0-litre TSI engine in detail, in both our Skoda Rapid and the VW Polo reviews, and frankly, in terms of performance, nothing much has changed in the Vento either. Being a three-pot motor, it lacks a bit of refinement when you compare it to its four-cylinder predecessors, but after driving the car for a while you won't even notice it. However, the one thing that you will notice is the very apparent turbo lag at lower revs, and even more so if you are driving in bumper to bumper traffic, given the fact that it only comes in a manual option right now. 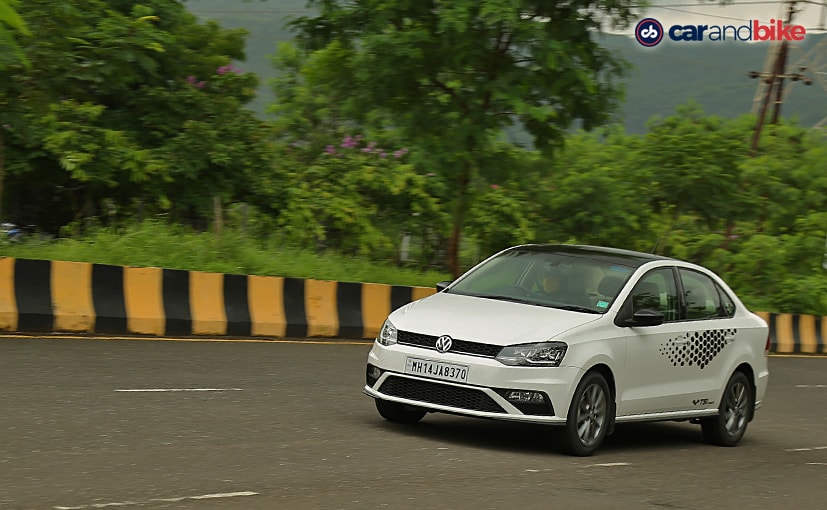 The Vento's 3-pot engine might not be as refined as its 4-cylinder predecessor, but the engine certainly has a character that you will love

Having said that, once the rpm needle crosses the 2,500-mark, the turbo kicks in, and the engine starts to show its true colours and sings a very different tune altogether. The motor propels the car to triple-digit speeds in no time and because of the wider spread of torque, it offers smooth delivery throughout the rev band. In fact, it's surprising to see how effortless the engine feels even as you start approaching the red line. As for the new 6-speed manual gearbox, which replaces the older 5-speed unit, is certainly a welcome addition for this engine. The gears slot in well, the shifts are also pretty smooth, and because the ratios are well spaced out, the car offers a strong mid-range, which is where the Vento's 1.0 TSI engine truly shines. 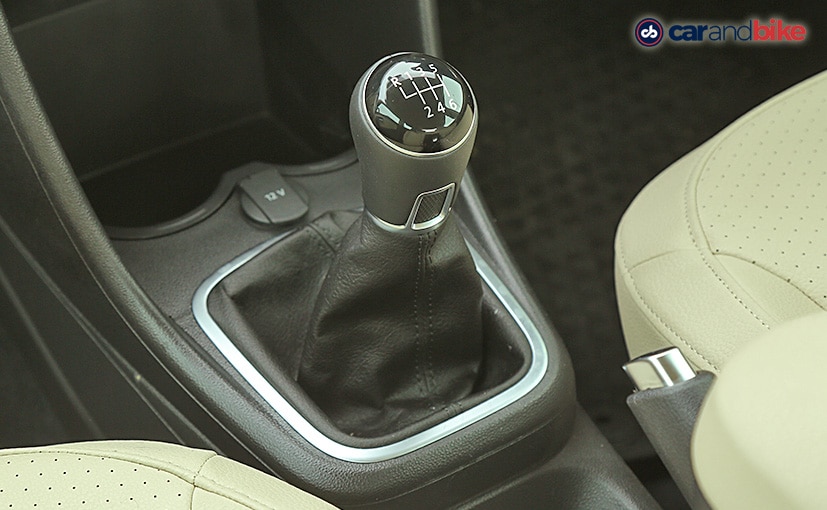 The ride and handling have always been the Vento's strong suits, and they continue to be so. Starting with the ergonomics, the flat-bottom steering wheel certainly offers great grip, and it comes with both tilt and telescopic adjustability. This, coupled with the well-bolstered seats, allow you to create the perfect driving position. The car also feels very precise and planted even at high speeds and the steering also weighs up nicely, imparting more confidence, be it while driving on a straight, or taking a corner. The suspension is tuned a bit on the harder side, however, at lower speeds the car absorbs the undulations on the road, offering a good balance between performance and driving comfort.

The Volkswagen Vento is priced in India starting at ₹ 8.86 lakh to ₹ 11.99 lakh, and even though the automatic option is not available yet, VW has already announced its prices, which stand at ₹ 12.09 lakh to ₹ 13.29 lakh (all ex-showroom, India). So, when you only consider the manual option, the base variant of the Vento is still ₹ 1.37 lakh more expensive than the Skoda Rapid, which is currently the most affordable compact sedan in the market. However, if you consider the Hyundai Verna, which also comes with a 1.0-litre turbo petrol engine now (only top-spec DCT variant) the top-end Highline Plus variant of the Vento is ₹ 2 lakh cheaper. 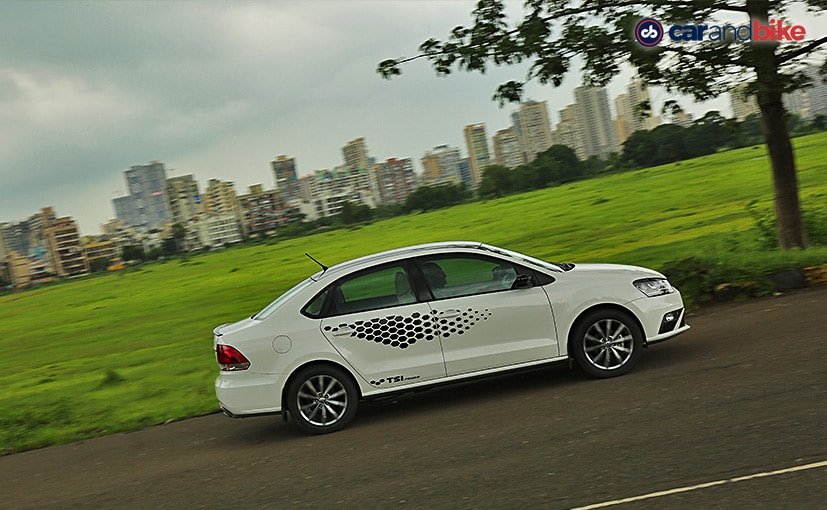 Overall, the 2020 Volkswagen Vento is a reliable sedan that comes with decent features and enjoyable driving manners

Volkswagen is one of the few carmakers in India who have done away with diesel engines and will only focus on offering petrol models. While we truly love the new 1.0-litre TSI motor, we cannot ignore the fact that the Vento is not the most affordable option in this segment, and the car also falls short in terms of looks and creature comfort especially, when compared to modern rivals like the Honda City and Hyundai Verna.

But what the Vento does offer is a lovely turbo petrol engine, a decent number of features, a strong build, and excellent driving mannerisms. And believe it or not, there buyers out there who are ok with that, and it is also the reason why the Vento was able to sustain in the market for ten years with minimal upgrades. But the bigger question is, how long can Volkswagen continue to do that? Well, in all likelihood until the company is ready with a new-gen compact sedan possibly based on the India-spec MQB-A0 IN platform.