Volkswagen joined the Indian Touring Car category as a factory team this season and managed to win all three races in Round 1 at Kari Motor Speedway. 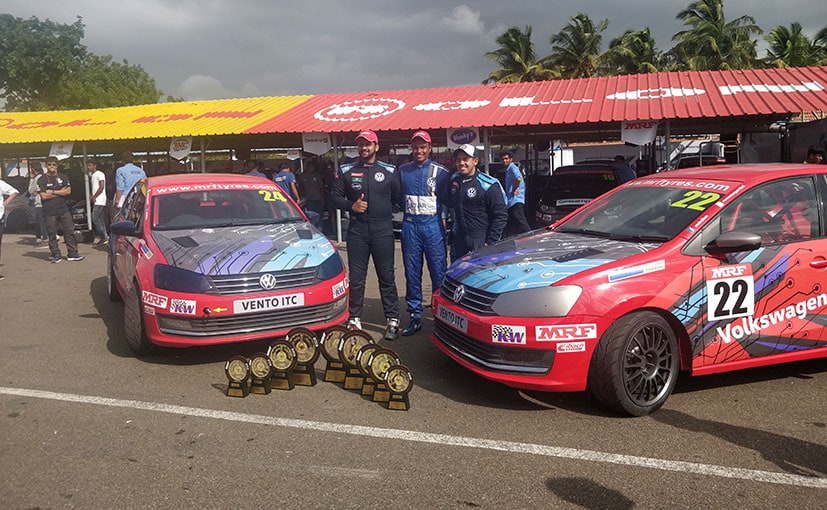 Volkswagen Motorsport India dominated the first round of the Indian Touring Car (ITC) category in the 2019 National Car Racing Championship. The opening round of the season was held at the Kari Motor Speedway and held three races over the weekend. Volkswagen entered the category as a factory team this year with three TC4-A Vento race cars and managed secure a minimum of 1-2 finish in each race. Race 2 specifically saw the team take all three spots on the podium with drivers Karthik Tharani, Dhruv Mohite and Ishaan Dodhiwala behind the wheel.

The ITC category is seen as the pinnacle of Indian motorsport and has veteran racers including Arjun Balu, D. Vidya Prakash, M Ramakrishnan, C. Rajaram, B Vijaya Kumar, Raghul Rangasamy and others. The Volkswagen drivers along with Raghul are the youngest on the grid. 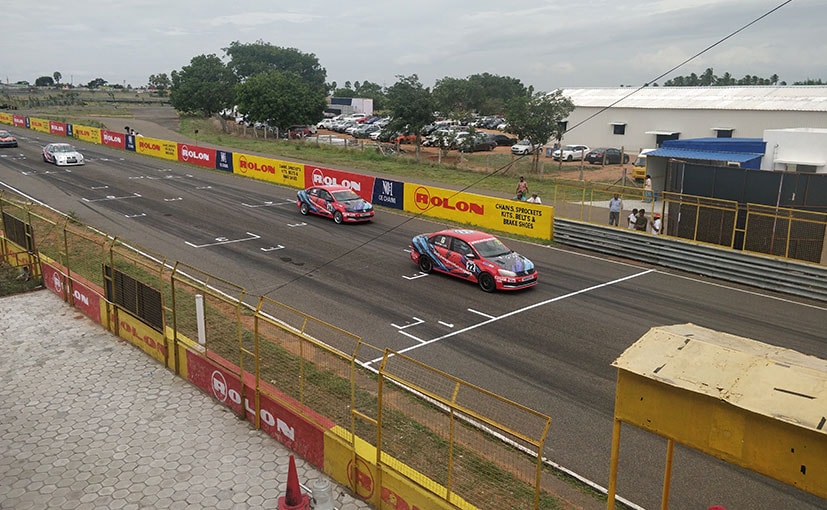 The first race saw the Dhruv Mohite start in pole position with Arjun Balu in second place. Dhruv ensured to lead the race right from the start and retained the top position through the 15 lap race. Karthik couldn't improve his position having started in third place with Balu defending his position in P2 in his tuned Honda City. Ishaan Dodhiwala completed in fourth place closely matching his teammate's performance.

In Race 2, it was a complete sweep for Volkswagen as all three of its drivers Karthik, Dhruv and Ishaan made it on the podium. Karthik and Dhruv started at the back due to the grid being in the reverse order and were quick to work their way up to the top positions right on the opening lap. Ishaan started the race in fourth place and overtook Arjun Balu to move up to P3. The top contenders were unbeatable for the remainder of the race with D. Vidya Prakash moving up to fourth as Balu finished fifth. 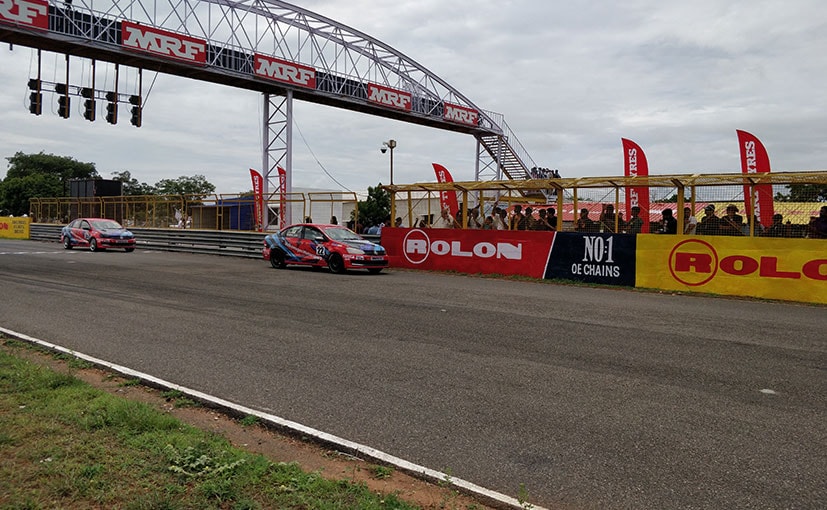 The third and final race of Round 1 had Karthik and Dhruv back in the top two spots on the grid. Ishaan and Arjun started in the second row. The ITC category, so far remained incident free but saw its first major crash as Ishaan crashed into the gravel pit at C1 soon after the initial laps. The yellow flags were out quickly diminishing the lead Karthik had built up during the early laps. The cars lapped the circuit behind the safety car, only for the latter to go back into the pits on Lap 7. With three laps left, Karthik and Dhruv pushed the Vento race cars to the top spot, earning their third podium finish of the weekend, while Arjun Balu finished in third place.

The race spec Vento marks a new chapter for the Indian motorsport arena with the new TC4-A regulations in the ITC category. The cars are now regulated in terms of weight (a maximum of 1150 kg), as well as the turbo intake size. The older ITC cars are much lighter in comparison to the Ventos. The brilliant start to the ITC category will certainly have Volkswagen's hopes up for its first season in the championship, but it will be interesting to see how the competition reacts to the VW dominance in the subsequent there rounds that will be held at the Madras Motor Race Track (MMRT).