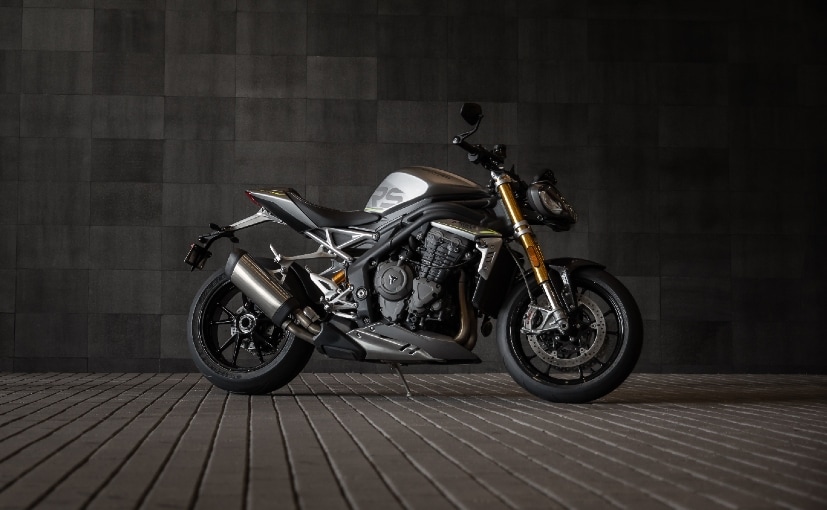 Triumph Motorcycles India launched the 2021 Triumph Speed Triple 1200 RS in India just a couple of days after the global unveil. It is priced at ₹ 16.95 lakh (ex-showroom, India) and the first launch from the company in 2021. The Speed Triple nameplate makes a comeback in Triumph's India line-up after a few years. The 2021 Speed Triple 1200 RS is an all new model ground-up and it will be positioned above the Street Triple RS as the company's flagship performance naked motorcycle. 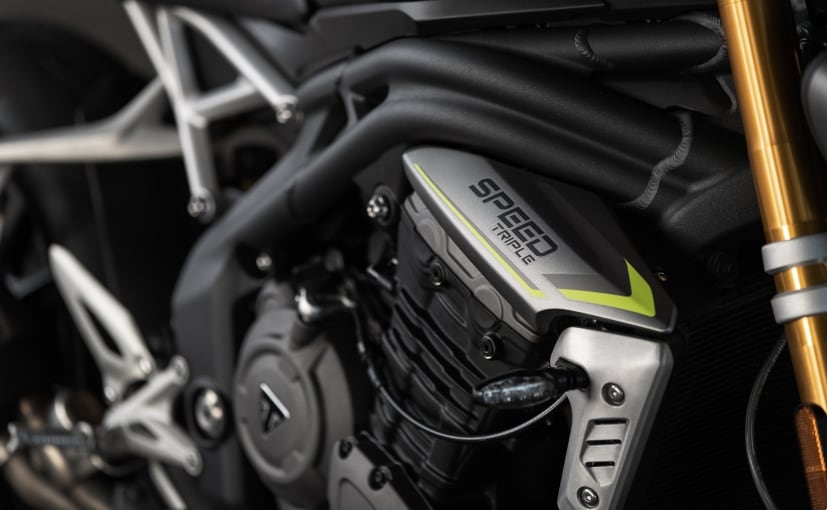 The new Speed Triple 1200 RS features an all-new 1,160 cc triple-cylinder engine which is 7 kg lighter than before. It makes 178 bhp at 10,750 rpm along with 125 Nm of peak torque coming in at 9,000 rpm. The new engine makes 30 bhp and 8 Nm more than the previous model. The company says that the performance is best yet among any sport naked from Triumph till date. With 12 per cent lesser powertrain inertia, the new Speed Triple is said to have solid acceleration as well. The engine is paired to a 6-speed gearbox with a bi-directional quick-shifter which is a standard fitment. 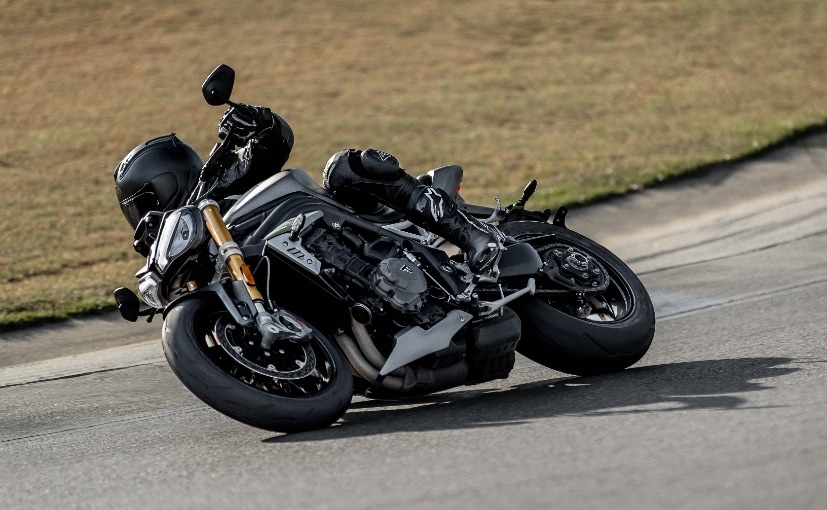 (Triumph says that the new Speed Triple is the best-handling iteration of the model yet. Plus, it is 10 kg lighter than before)

The motorcycle is built on a new all-new lightweight cast-Aluminium frame and is 10 kg lighter overall than the previous generation model. The weight distribution is further forward and lower. The wet weight of the motorcycle is 198 kg. The bike gets top-spec Ohlins NIX30 upside down forks which are adjustable for preload, rebound and compression damping. At the rear is a Ohlins TTX36 twin-tube monoshock which is also fully adjustable for preload, rebound and compression damping. In terms of braking, the front end gets twin 320 mm discs gripped by Brembo Stylema radial Monobloc front callipers and a Brembo twin-piston calliper at the rear with a 270 mm disc. The front brake lever is adjustable as well. The motorcycle is shod with Metzeler Racetec RR tyres as standard and can be optionally specified with Pirelli Diablo SuperCorsa SC2 tyres as well. 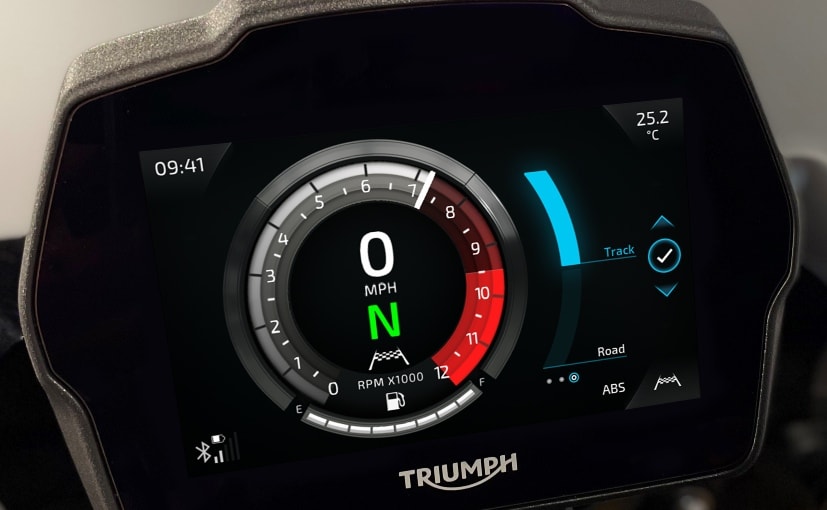 The 2021 Triumph Speed Triple 1200 RS is loaded with electronics and new features as well. It gets a new 5-inch fully TFT instrument console with different layouts. The switchgear is new too and Triumph says it offers better functionality while riding. Then there is a comprehensive electronics suite which consists of a 6-axis inertial measurement unit (IMU), ABS, cornering ABS, traction control, front wheel lift control and 5 riding modes which are road, rain, sport, track and rider. All modes are configurable and have varying settings for electronic intervention. Other features include My Triumph Connectivity System, full LED lighting, keyless ignition and integrated GoPro controls. 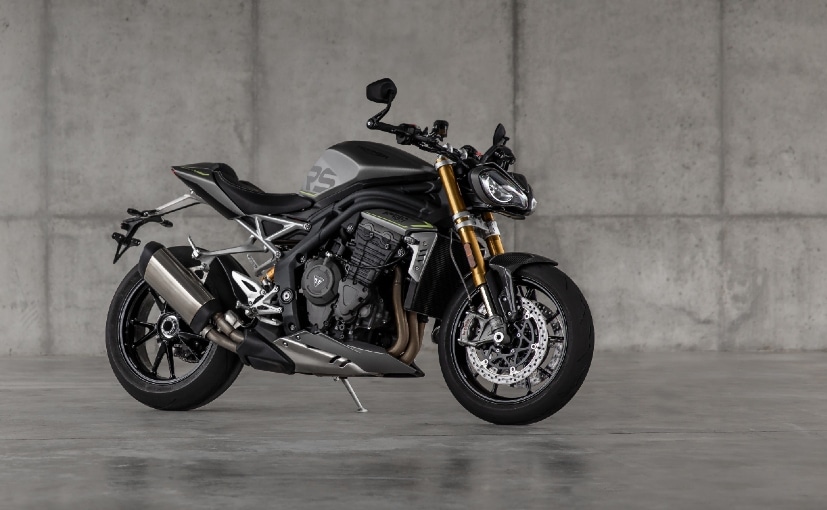 (The 2021 Triumph Speed Triple 1200 RS gets a sharp, lean-mean design and an aggressive stance)

The new Speed Triple looks sharper, leaner and meaner than ever before! Boasting of an aggressive stance, the motorcycle now gets differently designed twin headlights along with embedded LED daytime running lights. The motorcycle oozes strength and poise with the sculpted fuel tank, minimal bodywork and the exposed frame. New design elements include carbon-fibre front mudguard, colour-coded belly pan and rear seat cowl and compact tail section. Needless to say, the motorcycle looks stunning. All Speed Triple iterations do, we think!

Bookings for the new Speed Triple have already begun and Triumph says that the first batch will have only 30 units. The second batch of motorcycles will come by August 2021. Deliveries of the motorcycle will begin by end of March 2021. Triumph has a bunch of new motorcycles launches lined up for India which include the Triumph Triger 850 Sport and the much-awaited Triumph Trident 660, which will be the most affordable Triumph yet!