The all-electric MotoGP support class will be a one-make championship with all 18 bikes on the grid bearing the same power and tech. The opening season will have 5 races of 10 laps each. 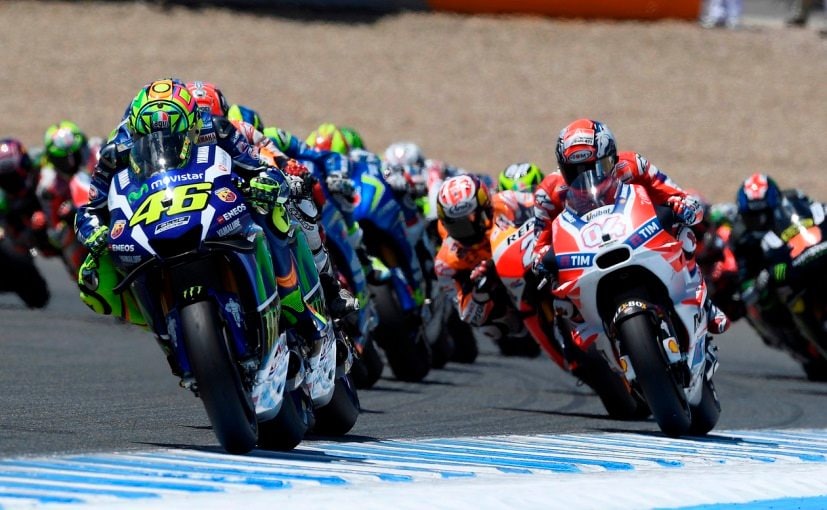 The transition from conventional to more environmental fuel technologies has been on the increase and a very real example of it has been the FIA Formula E Championship. The all-electric motorsport event runs parallel to Formula One, even if not on the same scale. Now, joining the likes of Formula E, MotoGP promoter Dorna boss Carmelo Ezpeleta has confirmed that there is an all-electric MotoGP support class in the making and the first season will be held as early as 2019.

Unlike Formula E which is now in its third season, electric motorcycle racing is yet to see any kind of major push from motorsport and manufacturers alike. The more notable development in this regard is the Isle of Man TT electric race program that has been held since 2010. The MotoGP electric then, emerges as a major push towards alternate fuel technologies.

Confirming the development about the all-new electric series, Ezpeleta said that the plan is to have it as a support series alongside MotoGP and will see up to 18 bikes on the grid with as many as five races in the opening season. The Dorna head also said that at least four manufacturers have offered to supply bikes for the electric championship.

The electric bikes will be one-make, so all the bikes on the grid will be the same. That means, the same tech will feature on the bikes including power, battery life and tech. The electric motorcycles are expected to hit speeds of around 200 kmph, which makes them slightly slower than the current Moto3 versions. The races are planned to last around 10 laps each. It's also said that independent teams and leading Moto2 teams will also be given slots on the grid, should they wish to participate in the all-electric race.

Carmelo Ezpeleta also said that unlike Formula E which uses carbon-neutral glycerine generators to recharge its cars, the MotoGP support series could make use of solar panels. The move, Ezpeleta says, will leave something profitable for the circuits where series will race. It is likely that the five race season will be held only across Europe first.