The BMW Transcontinental will be a heavyweight bagger based on the BMW R 18 heritage-styled cruiser. 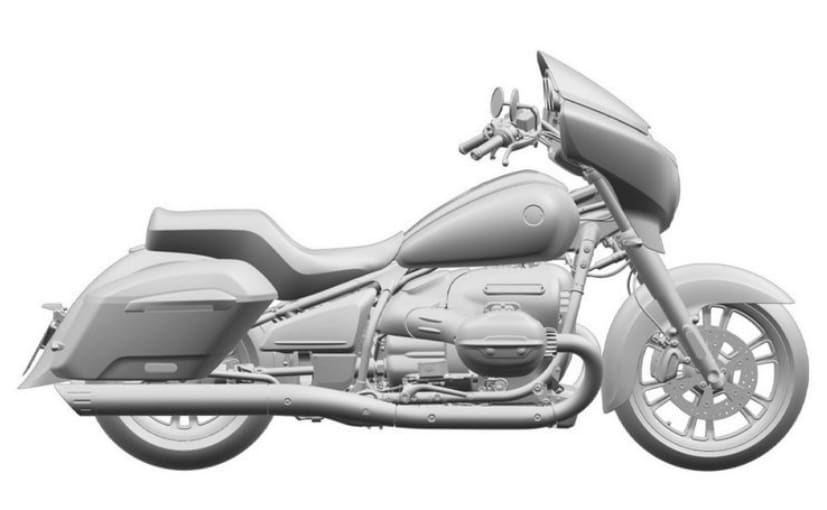 BMW Motorrad has applied for European trademark rights for the word 'Transcontinental' along with design filings which suggest a new model based on the BMW R 18. The filing mentions the Transcontinental name for use on motorcycles and motorcycle parts, and the images leave no doubt that it's a new model based on the same platform as the BMW R 18 cruiser. The engine seems to be the same 1,802 cc, Big Boxer used in the R 18, but the design of the Transcontinental is more contemporary bagger, a clear departure from the heritage cruiser design of the R 18. 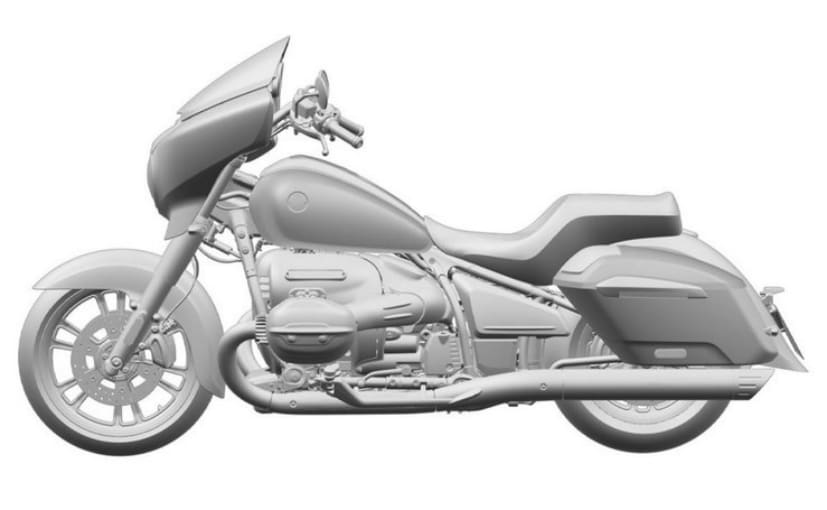 The BMW R 18-based bagger has different bodywork, a bigger fuel tank and a steeper steering angle

Compared to the BMW R 18, there are substantial differences on the Transcontinental. The bike has new bodywork, with a wide, bar-mounted fairing up front, a larger fuel tank, and even the fenders are longer and more enveloping over the wheels. The seat is new, and as any bagger design is supposed to, the Transcontinental gets hard panniers and the exhaust design is different as well, something similar to the exhaust pipes of the BMW R 18 Classic. 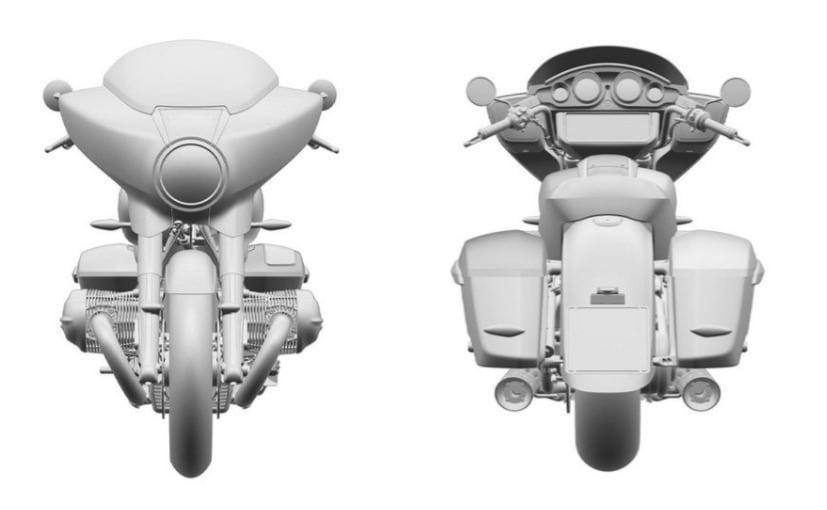 The new bike is expected to get the radar-powered adaptive cruise control from Bosch, as well as a comprehensive instrument console

The fairing allows space for a much more comprehensive instrument console on the Transcontinental, which features two round clocks, as well as a huge TFT screen, with possibly a whole lot more features than the R 18, including built-in satellite navigation. The steering angle is also steeper on the images, and possibly the double cradle frame has been updated on the Transcontinental.

The BMW Transcontinental is also expected to get the radar-powered system from Bosch which made its debut on the 2021 BMW R 1250 RT. The radar system will power the adaptive cruise control, and will have a radar unit just above the headlight. The trademark application means BMW is serious about using the Transcontinental name on the new bagger, and will likely introduce a closer to production model sometime in the second half of 2021. With Harley-Davidson facing problems on multiple fronts, including a slowdown in sales even in its traditional home market in the US, BMW seems to be going all guns blazing with its heavyweight cruiser blitzkrieg, if and when the Transcontinental makes it to production, joining the BMW R 18 and the BMW R 18 Classic.