The Budget 2018 proved to be a disappointment for the automobile sector as a lot was expected from the Finance Minister. Cars like the Mercedes-Benz CLA, S-Class, Audi A3, A4, A5 and even the BMW 3, 5 and 7 series will see a price revision thanks to the increse in custom duty 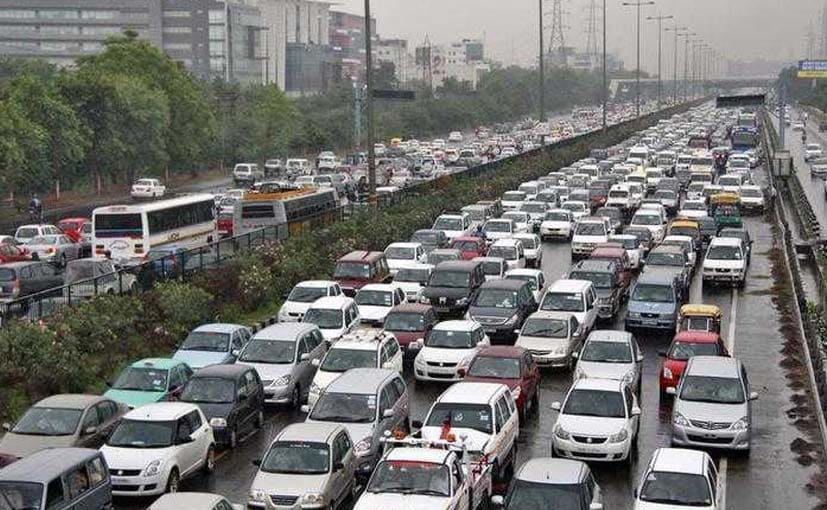 View Photos
All cars from BMW, Audi, Mercedes-Benz and Jaguar Land Rover will be more expensive

There was a lot expected from the Budget 2018, especially for the automotive industry. While luxury car makers were looking at lowering of GST rates on its cars, electric car makers were also looking to get a push for the industry, considering that the government is heading towards going all electric from 2030. However, none of this was tabled and that was a disappointment. To add to this, the government announced a further hike in the rates of import duty which have been put into place to give way to companies to spend and make in India.

Also Read: Budget 2018: No Respite In GST Rates For The Auto Industry

Finance Minister Arun Jaitley proposed raising the custom duty on luxury vehicles that are not fully made in India but built using kits manufactured outside the country and is finally assembled in India. Those vehicles which include both cars and motorcycles are imported into the country through kits for assembly here is all set to become costlier because the custom duty has been raised from 10 percent to 15 per cent. Most of the engines that power luxury cars are not made in India and are imported and assembled here. The hike impacts luxury car and bike manufacturers like Mercedes-Benz, BMW, Audi, Volvo, Jaguar Land Rover, Harley-Davidson, Triumph, all of whom have set up assembly plants in India. There are other car makers who want to enter the country, like Tesla, but given the hike in the custom duty now, it's highly unlikely that we'll see the company enter the Indian market this year either.

The prices of the cars assembled in India will see a price revision by a minimum of ₹ 80,000 on cars costing around ₹ 25 lakh. Custom duty on fully imported cars, SUV and bikes has been untouched.

The auto components manufacturers have been most affected by this decision and of course we'll see a hike in the prices of some cars soon, especially those which have a low level of local content in them. The industry of course has taken this into consideration and the overall feeling is that of disappointment.

Also Read: Budget 2018: Expectations For The Auto Industry From Arun Jaitley On Electric and Luxury Cars

Rahil Ansari, Head, Audi India, said, "For the luxury auto sector, the Union Budget 2018-19 is disappointing and is against the spirit of partnership. As manufacturers, we have a core social responsibility towards our workforce and the dealer network. Increase in custom duty and introduction of Social Welfare Surcharge in lieu of an Education Cess (which is higher than the erstwhile Cess), is going to definitely affect the prices again, which will further confuse the customer. The market sentiment had only recently become stable after the introduction of GST Cess. The budget clearly lacks a focus towards the luxury auto industry, which otherwise would have given us a better clarity to plan our strategy for the India market for short and long term. While as luxury car manufacturers, we are undertaking several initiatives in terms of investment to make the dream of owning a luxury vehicle more realistic for all, we also expect the government to support this industry. Lack of concrete measures for government's ambitious E-mobility project is surprising. However, investments in infrastructure and rural electrification are a welcome move as it will have a long term positive impact for automobile sector."

These sentiments were reiterated by Roland Folger, Managing Director & CEO, Mercedes-Benz India "The increase in the basic customs duty of auto parts, accessories and CKD components varying from 5 per cent to 10 per cent, clubbed with the new Social Welfare Surcharge at 10 per cent, at a time when the auto industry is reviving, is unfortunate, and comes as a surprise. We believe it is going to impact the auto industry, the consumers and is also against the spirit of 'Make in India'. The auto industry ended 2017 on a positive note, where it grew despite multiple policy disruptions in the previous year; but the customs duty hike is likely to reverse the growth trend."

However, on the two-wheeler side of things, the Budget 2018 brought in a sense of hope and development. Yadvinder Singh Guleria, Senior Vice President - Sales & Marketing, Honda Motorcycle & Scooter India Pvt. Ltd. said, "The Government announcements in Budget 2018 too should accelerate rural demand. With firm thrust on rural economy is evident from increasing Kharif crop MSP to 1.5 times the production cost. The infrastructure focus of the government is very strong on rural areas and highways. With almost 50 per cent of two-wheeler demand coming from rural and semi-urban India, Budget 2018 should have a positive impact on customer sentiments."

Sudarshan Venu, Joint Managing Director, TVS Motor Company also had a similar opinion and he said, "The Union Budget 2018/19 demonstrates government's intent to boost investments in rural development, education, healthcare and social sectors and will lead to continued and inclusive economic growth. The strong push for infrastructure will also support this growth agenda. The government's focus on supporting local manufacturing, skill development under Pradhan Mantri Kaushal Kendra and a heightened emphasis on job creation will lead to greater opportunities for the youth of the country."

On the electric vehicles front, Mr. Sohinder Gill, Director- Corporate Affairs, Society of Manufacturers of Electric Vehicles (SMEV) said, "As the EV Policy is not a part of the budget, we were not expecting any major announcement related to electric vehicles in today's budget. The only thing we were expecting from the budget was rationalization of GST rate i.e. currently 12 per cent for EVs and 28 per cent for EV batteries. Also, we had requested that GST should be made at least either 0 or 5 per cent for initial years. But we didn't find any mention of the same. Perhaps it will be covered in the policy, later. Overall we are happy with the outcome of the budget."