Joaquim Rodrigues is placed 19th, followed by Sebastian Buhler at 20th in the overall rankings at the end of Stage 5. Harith Noah rode cautiously to finish 41st overall. 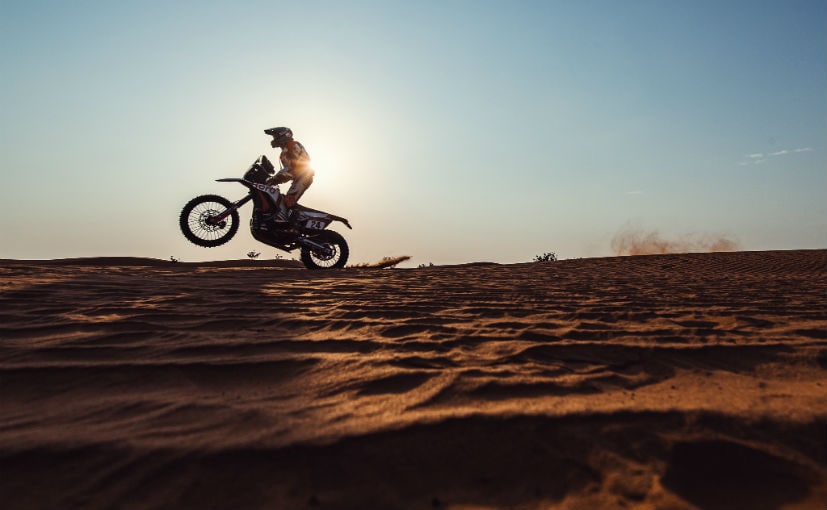 Hero MotoSports Team Rally managed a strong show in Stage 5 of the 2021 Dakar Rally in what was a difficult day for the team amidst a number of challenges. Lead rider Joaquim Rodrigues dropped down to 19th in the overall standings, whereas Sebastian Buhler moved up to P20 making progress. The day also saw privateer Harith Noah finish 39th in the overall standings. Sadly, Ashish Raorane was had to retire before he could complete Stage 5, following a nasty crash.

The fifth stage of the 2021 Dakar Rally saw the riders complete a total distance of 662 km that included 456 km of the special section. The competitors rode down from Saudi's capital city Riyadh to Al Qaisumah that comprised sand dunes and stone littered tracks, only for things to be hardened by tricky navigation. The challenging terrain tested the riders and their tyres. 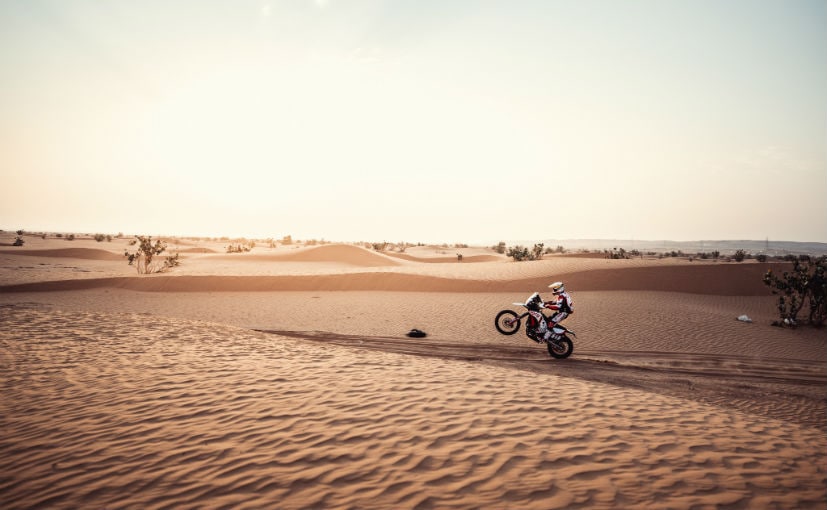 After finishing at P6 in the fourth stage, Joaquim Rodrigues dropped to 22nd at the end of Stage 5 in what was a difficult day

Joaquim Rodgries finished Stage 5 in 22nd place, dropping significantly after finishing P6 in Stage 4. Meanwhile, Sebastian Buhler performed better in comparison and finished the stage in 20th place, moving up from 24th. After suffering a crash during Stage 4, Harith Noah was more cautious through the day but dropped to P41 at the end of the stage.

Joaquim Rodrigues said, "It was a really difficult stage with a lot of navigation and a lot of rocks. I had a minor crash in one of the river beds that was full of rocks and a few screws from my navigation tower came off lose. I had to fix the bike and after that I lost my focus and lost my way a few times. Then I just decided to take it easy and bring the bike home so I am happy to be back at the bivouac safely to fight for another day. After a tough day it was such a great news to hear that Santosh has no major concerns with his injury and will recover well. We are really happy to hear this."

Sebastian Buhler said, "Today was a very tough stage. We had everything from tricky navigation, to a lot of dangerous rocks and a lot of dunes. So I think it was a very good day for us to finish without any major incident. But the best news from today is to hear that Santosh is out of danger and is getting better. That's the best part of today for us here in the team."

Hero MotoSports also updated on the health of rider CS Santosh who suffered a crash in Stage 4 and is being treated at a hospital in Riyadh. The team shared that the rider suffered a dislocated right shoulder and head trauma and is currently placed in an induced coma.

The riders will now be moving to Ha'il from Al Qaisumah for Stage 6 and will ride for a total of 618 km, which includes the 448 km special section that will be timed.

Provisional Overall Rankings at the end of Stage 5