Dakar Rally 2021: Rider Pierre Cherpin Passes Away From Injuries After Fall In Stage 7

Cherpin was being transferred by a medical plane from Jeddah to France following his crash in Stage 7 on January 10, 2021, when he passed away while in an induced coma, making him the first rider this year to die in the Dakar Rally. 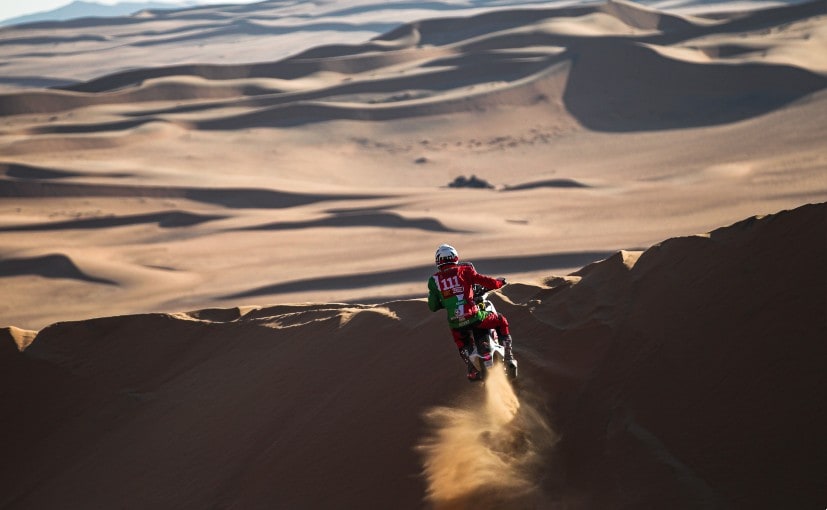 French rally rider Pierre Cherpin has passed away after a fall in Stage 11 of the 2021 Dakar Rally. The rally organisers confirmed the unfortunate news, making him the first rider this year to die in one of the most challenging rallies around the world. Cherpin was being transferred by a medical plane from Jeddah to France following his crash in Stage 7 on January 10, 2021. The stage saw riders head to Sakaka from Ha'il.

According to a statement by Dakar, the Cherpin crashed 178 km into the stage at around 1 pm local time. The doctors found the rider unconscious when the medical team reached to him by helicopter. The rider was then taken to Sakaka's hospital, which concluded that he had suffered severe head trauma with loss of consciousness. Cherpin was then operated in the neurosurgery department and then kept in an induced coma. His condition was said to be stable over the last few days.

Pierre Cherpin was an entrepreneur and sailing enthusiast, participated in his fourth Dakar this year. The rider first participated in 2009 when the rally was held in South America and had signed up in the unassisted bikers' category. He competed again in 2012 and later in 2015 in the same category but had to abandon the attempt after an engine failure. He was once again participated in the Malle Moto class this year, now rebranded as Original by Motul. He was ranked in 77th place in the general standings at the end of Stage 6.

carandbike extends its sincere condolences with the friends and family of Pierre Cherpin.