View Photos
Unlike India-spec model, the EcoSport in Europe doesn't feature a spare wheel on the tailgate

Ford, the American automaker has officially unveiled the new EcoSport Active variant in the international markets. The newly added 'Active' variant is more rugged, and off-road inspired version of the regular SUV wherein the suffix denotes slightly higher-riding crossover version of the regular car, as per Ford's new nomenclature. The new trim sports host of aesthetic updates and minor enhancements. However, there are no mechanical changes on the new trim of the EcoSport. However, the carmaker has made a host of visual changes to differentiate it from the standard model. 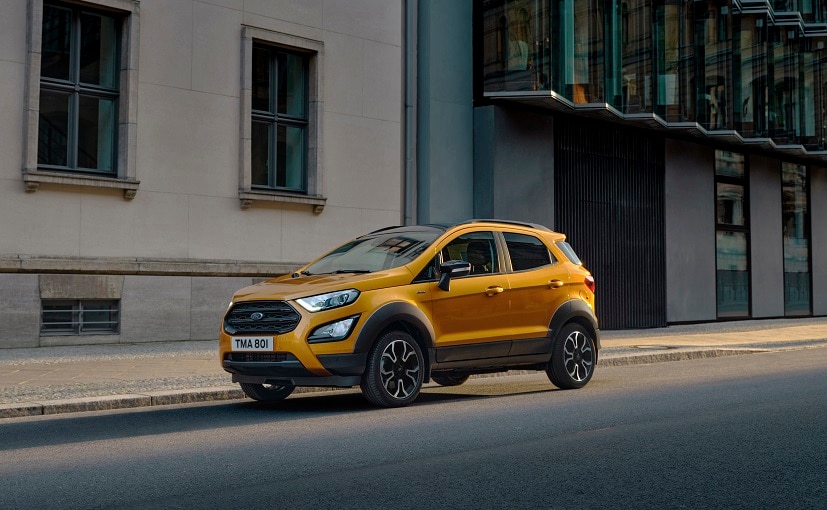 Visually, the new Ford EcoSport Active comes with a honeycomb mesh grille, 'Active' badging, smoke-finished halogen headlamps, black cladding around bumpers and wheel arches, blacked-out B-pillars, contrasting black roof and 17-inch dual-tone alloy wheels. The black treatment to the grille, roof and ORVMs are straight-away lifted from other variants of the EcoSport. The rear section sees a revamped bumper with a faux plate and wrapped around taillights. Moreover, the American has made a subtle suspension lift to improve its off-roading abilities.

The UK-spec Ford EcoSport comes with two powertrain options - 123 bhp 1.0-litre EcoBoost petrol and 98 bhp 1.5-litre EcoBlue diesel. Transmission duties are taken care of by a 6-speed manual gearbox. However, the India-spec EcoSport is available in both petrol and diesel options - 1.5-litre unit and a 1.5-litre motor. The former is tuned to make 120 bhp and 149 Nm of peak torque, while the oil burner can churn out 99 bhp and 215 Nm of peak torque. Both engines come mated to a 5-speed manual gearbox, while the petrol version also gets a 6-speed automatic torque converter unit. 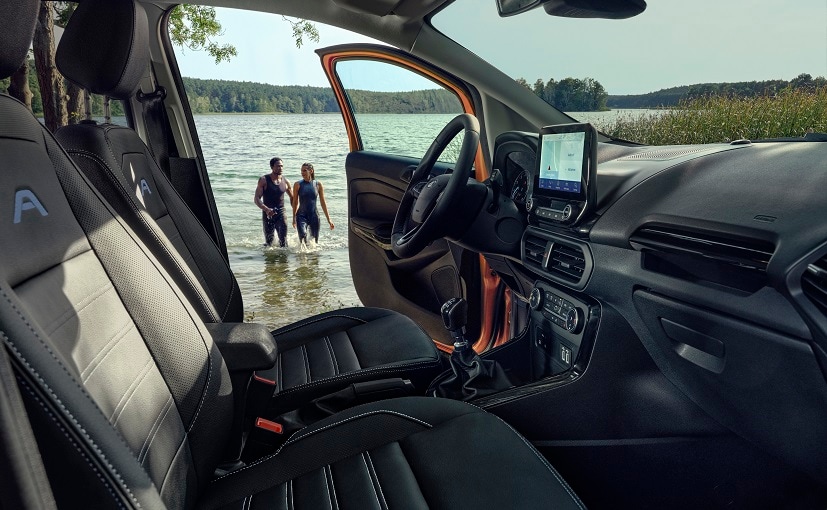 The interior of the EcoSport Active looks very similar to the regular model. The SUV features active badging on the backrest, leather-wrapped power steering wheel, an 8-inch touchscreen infotainment unit with Android Auto and Apple CarPlay support, auto climate control, six airbags, ABS with EBD, rear parking camera and much more. As of now, there is no word from the American carmaker if the car will make its India debut anytime soon.