The recently spotted Ford Ranger pick-up has been modified with body kit and decals to make it look like the performance-spec model - Ford Ranger Raptor. 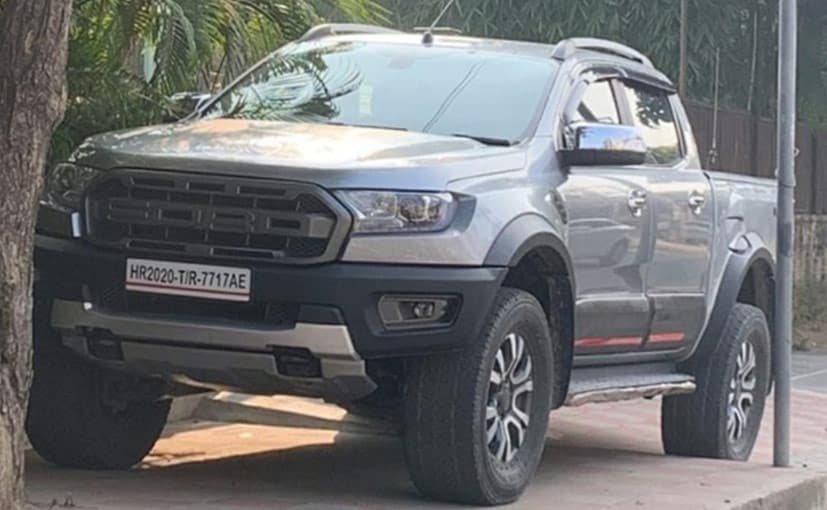 Ford Motor Company's popular pick-up truck, the Ford Ranger, has been spotted in India without any camouflage. Interestingly though, the vehicle has been modified with body kit and decals to make it look like the performance-spec Ranger Raptor. The premium pick-up is seen with temporary Haryana (HR) number plates, which is an indication that the vehicle could be here for testing and R&D. Now, the Raptor name is given to the highest performance vehicle within Ford's pick-up range, and they are essentially road-legal version of the company off-road racing vehicle.

Globally, the new-gen model of the Ranger was introduced in 2018, and as you can see, it shares its visual cues with the Ford Endeavour, because they share the same underpinnings. So, while the styling of the standard Ranger is largely similar to the Endeavour sold in India (albeit with a flatbed at the back), the Raptor style modification gives the pick-up a more aggressive look. Updates include the signature grille with the 'Ford' lettering, the heavy-duty front bumper with ample cladding along with a skid plate, and small foglamps. The pick-up also gets wide fenders with cladded wheel arches to accommodate the massive 285 mm tyres and upfront, it also has a tow hook. 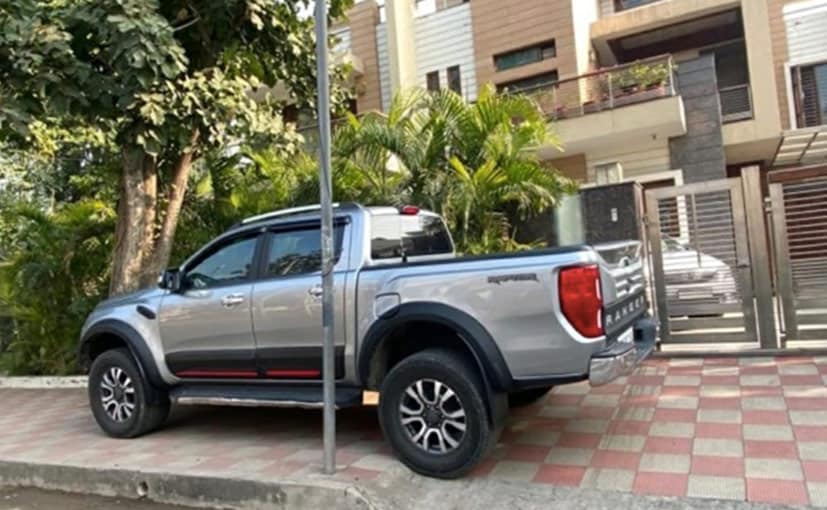 Ford Ranger Pick-Up get beefy cladding all over, however, the wheels are same as the ones seen on the Endeavour

The elements that confirm this is the not the actual Ranger Raptor include the different alloys which are more similar to the ones on the Endeavour, and then there is the Raptor sticker logo on the rear fender, which is too small. The taillights are also standard ones, and the tailgate too comes with large Ranger lettering which again is not a part of the original Ranger Raptor's styling.

Also Read: Ford Trademarks The Name BaseCamp In India; Likely To Be A New Off-Road Variant Of The Endeavour

Globally, the Ford Ranger comes with an array of engine options, ranging from 2.0 litres to 3.2 litres in capacity, including both petrol and diesel engines. However, if Ford actually decides to bring the Ranger pick-up or we would expect it to use the same 2.0-litre EcoBlue diesel engine that is tuned to churn out 168 bhp and develop 420 Nm peak torque and is mated to Ford's 10-speed torque converter automatic transmission. However, if the performance-spec Range Raptor is brought in, the vehicle will come with 2.0-litre EcoBlue bi-turbo diesel engine, producing about 210 bhp. 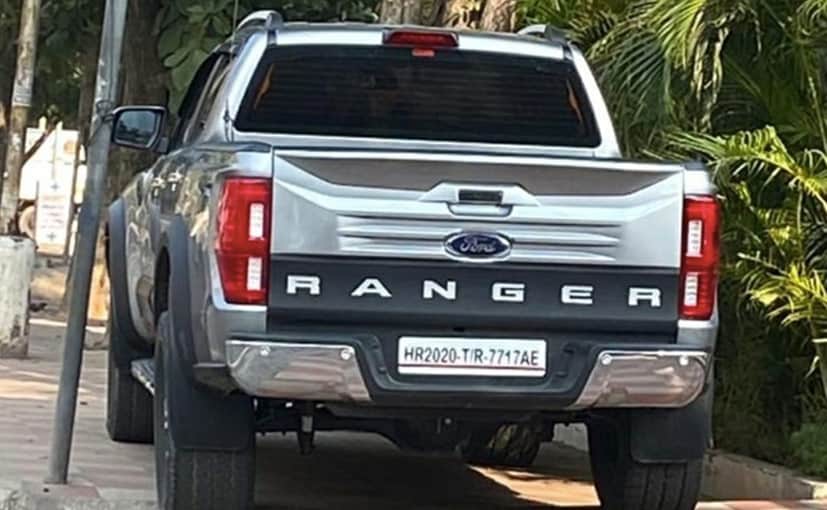 The actual Ford Ranger Raptor gets different taillamps than these, and the tailgate element is also different

In any case, if Ford plans to bring the Ranger pick-up to India, it is most likely to come as CKD model under the 2,500-unit homologation-free route, which means it will command a premium price tag. Especially, the Raptor variants, which could go up to ₹ 70 lakh. The regular Ranger, on the other hand, could be an apt rival to the Isuzu D-Max V-Cross.