Slide from KTM investor presentation reveals a new range of 750 cc KTM bikes, including a Duke, an Adventure and even a Supermoto. 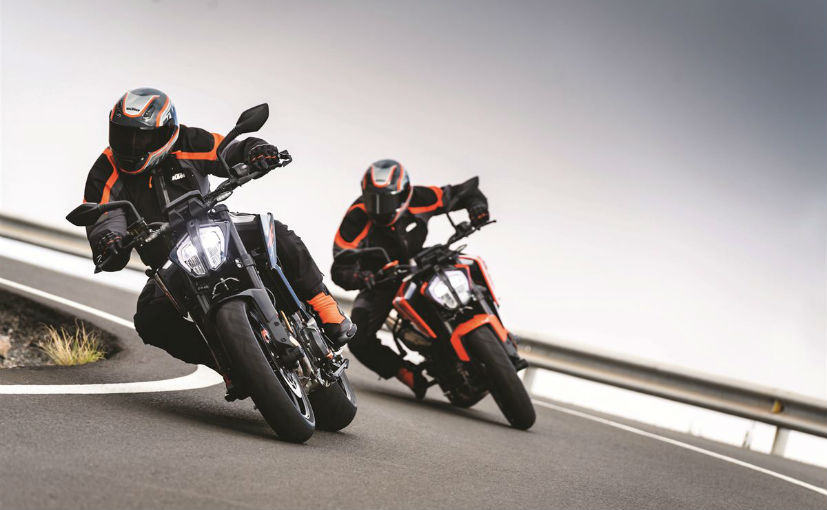 KTM is developing a range of 750 cc motorcycles including a KTM 750 Duke, a KTM 750 Adventure and a KTM 750 Supermoto T, and all of these models will be manufactured in China. The new 750 range was revealed in an investor presentation of KTM's parent company, Pierer Mobility Group, and the new range will be a crucial part of KTM's partnership with Chinese manufacturer CFMoto. KTM entered into a joint venture with CFMoto in 2017, to develop products both for the Chinese market, as well as other global markets. 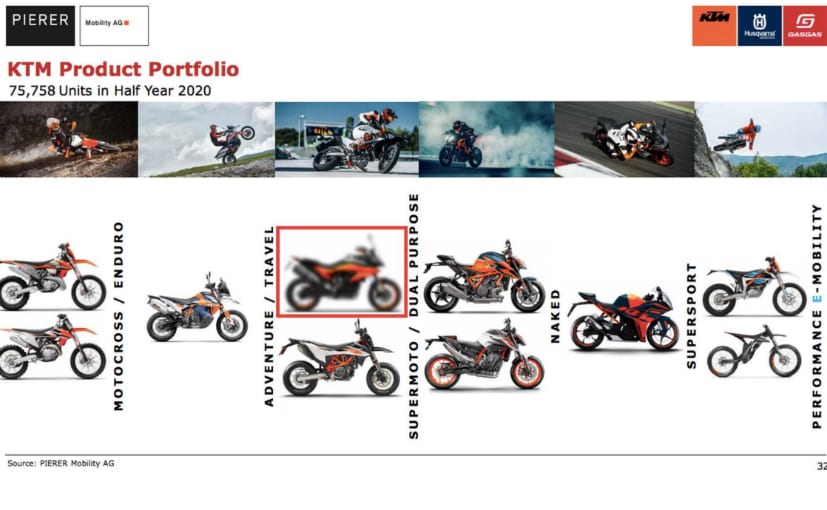 The partnership with CFMoto is similar yet different from KTM's relationship with India's Bajaj Auto Limited. Bajaj owns 48 per cent stake in KTM, while the partnership with CFMoto is a joint venture where CFMoto holds a majority 51 per cent stake, with KTM owning the remaining 49 per cent. The new range of 750 cc twin-cylinder KTM models will be manufactured in Hangzhou, China in Duke, Adventure and Supermoto models. Clearly, KTM will be looking at CFMoto to manufacture some of its mid-size engines, while Bajaj will be manufacturing the sub-500 cc engines and motorcycles here in India at its plant in Chakan. 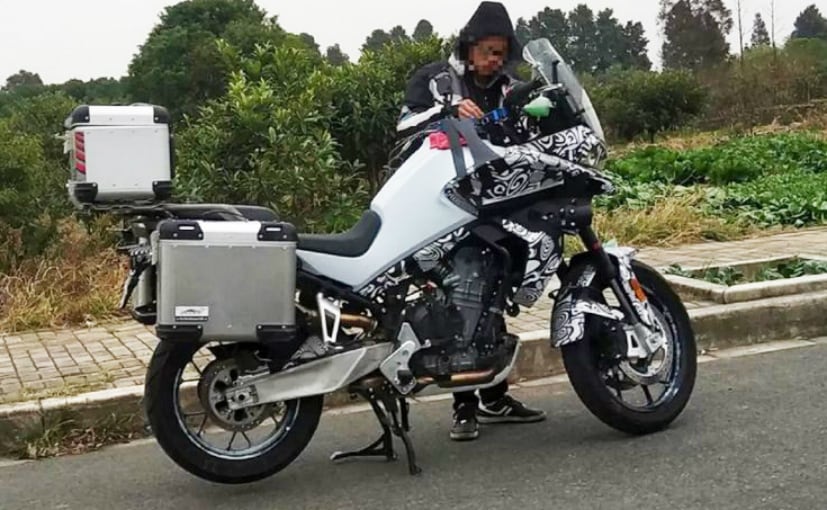 The CFMoto MT800 will be launched in China very soon

The first product of the joint venture with CFMoto however, will not be a KTM, and will instead be a CFMoto-branded adventure bike called the CFMoto MT800, which will possibly use the engine from the KTM 790 Adventure. Spy shots of a near production CFMoto MT800 have already been seen, and from what we know, it was originally supposed to have been launched in October 2020, but that timeline seems to have been pushed back now. What is still not clear is what the new 750 cc twin-cylinder engine will be, and when we can expect to see the new models rolling out. More details are expected soon.