After the new 2020 Mercedes-Benz CLA, now the carmaker is gearing up to pull the wraps off the AMG version of the car - the Mercedes-AMG CLA 35. 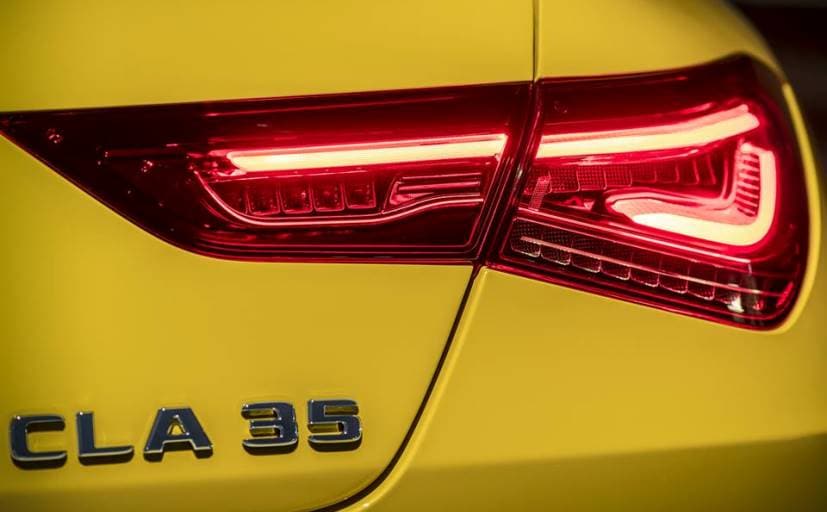 Mercedes-Benz has recently put out a new teaser announcing the imminent arrival of the Mercedes-AMG CLA 35. The new teaser photo released by the German automaker on social media gives us a glimpse of the car's rear section, mainly just the new LED taillamp along with the 'CLA 35' badging, and a partially visible boot-mounted rear spoiler. And knowing Mercedes, the Stuttgart-based carmaker will be coming out with several more teaser images before revealing the actual car. While the carmaker has already unveiled the new 2020 Mercedes-Benz CLA, the next obvious choice had to be the AMG model, by the looks of it we won't have to wait very long. In fact, it's possibly the car will be showcased at the upcoming New York Auto Show 2019.

The upcoming Mercedes-AMG CLA 35 4MATIC will come powered by a 2.0-litre turbocharged four-cylinder engine. The motor is tuned to churn out 302 bhp and develops 400 Nm of peak torque. The engine comes mated to a seven-speed dual-clutch automatic gearbox along with the company's 4Matic all-wheel-drive system. This will make the AMG CLA 35 the most powerful CLA model yet, of course, that is until the new CLA 45 is launched.

Based on the spy photos we have seen so far, the upcoming Mercedes-AMG CLA 35 appears to be very similar to the regular new-gen CLA sedan and is likely to feature a single slat grille with the large three-pointed star at the centre. The test mule also came with LED headlamps, black alloys, a black roof, black ORVMs, LED taillamps and a dual exhaust system.