Fabio Quartararo secured his second pole position of the season for the Andulasia GP beating Maverick Vinales on the factory Yamaha, while Marc Marquez decided to pull out of Q1 and won't be participating in the race on Sunday. Fabio Quartararo secured the pole position for the Andalusia GP after Yamaha works rider Maverick Vinales lost his best lap for exceeding track limits. The Petronas Yamaha rider secured his second pole of the season after a flying opening round at the Jerez circuit. The teams returned to the same track for the second round of the season with Honda's Marc Marquez, LCR's Cal Crutchlow and Suzuki's Alex Rins making a comeback after sustaining major injuries last weekend. Marquez and Crutchlow were back on the track just four days after the accident last Sunday. However, Honda has confirmed Marc won't be participating in the race.

Is that @marcmarquez93's session over?

Marquez completed 18 laps in FP3 and another 10 in FP4. However, Honda has confirmed that the reigning world champion will not be participating in the race on Sunday after completing an out-lap before pulling out of Q1. Marquez suffered a fractured right humerus and was under surgery earlier this week for the same. 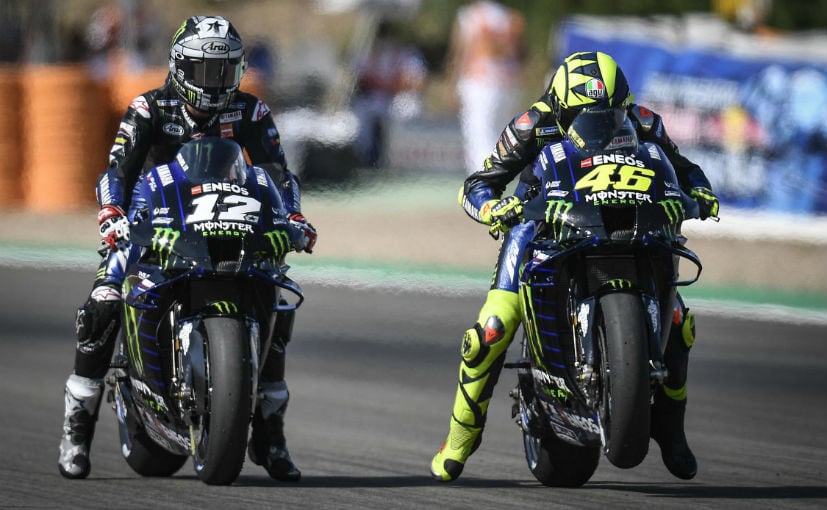 Vinales set the pace in Q2 with a time of 1m37.217s, which he improved by 0.115s on the following runs. The rider held a 0.187s advantage over Francesco Bagnaia on the Pramac Ducati. Quartararo looked in top form and managed to beat Vinales' time in the closing stages with a time of 1m37.007s. Vinales looked at beating Quartararo's time and did so, setting a time of 1m36.907s, enough to secure the pole position over the satellite Yamaha team rider. However, the Spaniard ran outside the track limits on the exit of Turn 7, which prompted the stewards to cancel the lap. He was moved back to P2 on the grid with his best time of 1m37.102s. 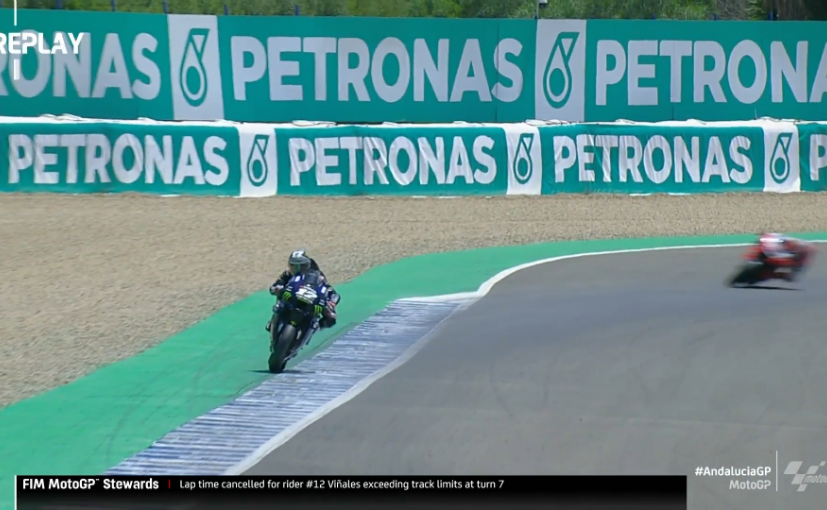 Maverick Vinales exceeded track limits on Turn 7, which prompted the cancellation of his lap pushing him down to P2 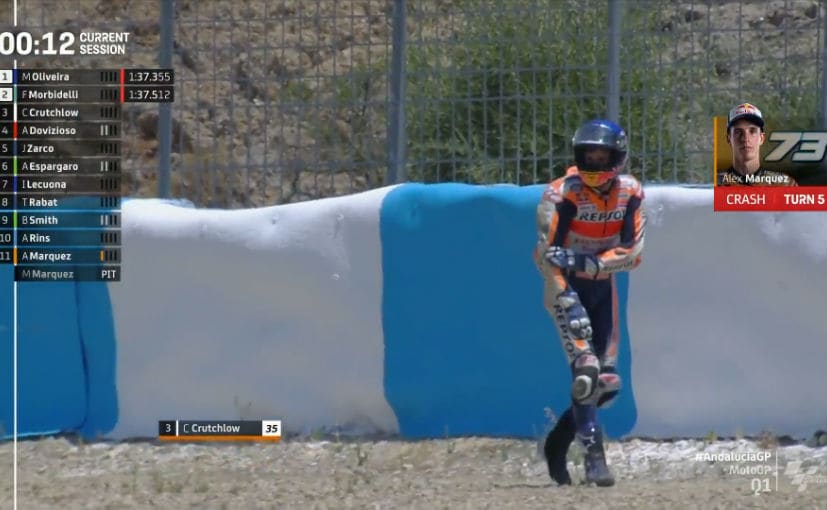 LCR Honda's Cal Crutchlow suffered a fractured scaphoid last Sunday but recovered enough after the surgery to race this weekend. He starts at P13. Ducati's Andrea Dovizioso continues to have a dull qualifying at Jerez and starts at P14 on the grid, his worst-ever qualifying result since the German GP in 2019. However, considering the factory rider managed to secure a podium last weekend, hopes are still high the rider's performance showing dramatic improvement. Avintia Racing's Johann Zarco starts at P15, ahead of Aprilia rider Aleix Espargaro, while Suzuki's Alex Rins returns after intensive therapy sessions, and is placed 20th on the grid.

In another blow to Repsol Honda, Alex Espargaro crashed at the end of Q1 hurting his right arm but did not sustain major injuries. The rider will start at the back of the grid tomorrow.