As pole-sitter Takaaki Nakagami crashed on the opening lap, Franco Morbidelli took the lead and dominated the race to this season's second victory. Both Alex Rins and Joan Mir were in their best performance and and secured the final places on the podium in this crash-ridden race. 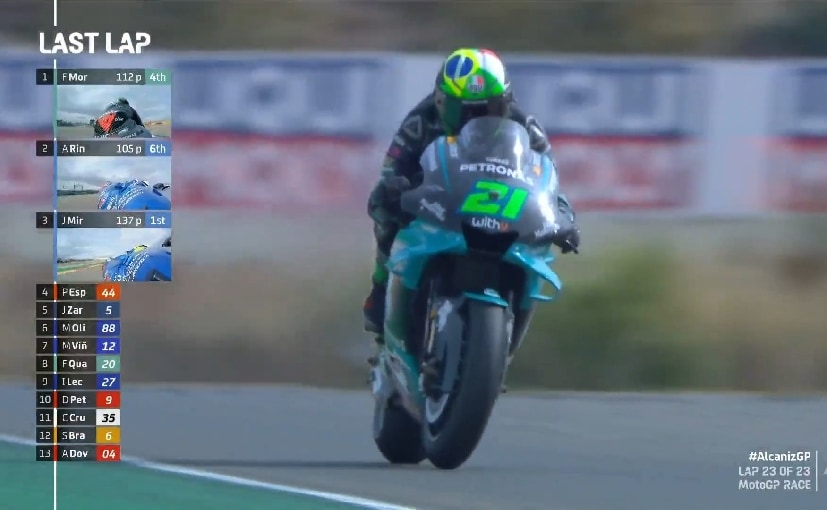 View Photos
Morbidelli is now just 25 points off the points leader Joan Mir, who extended his lead by 14 points

Franco Morbidelli secured his second victory of the season as he dominated the Teruel GP at Aragon from the start to finish. The Petronas Yamaha SRT rider beat both Suzukis to the top spot even as Alex Rins and Joan Mir put up a good fight to take the podium in second and third place respectively. The third-placed Mir also extends his championship lead by 14 points over Quartararo, while Morbidelli is now just 25 points off the points leader. With just three rounds for the season to conclude, the top contenders have made this season extremely exciting. 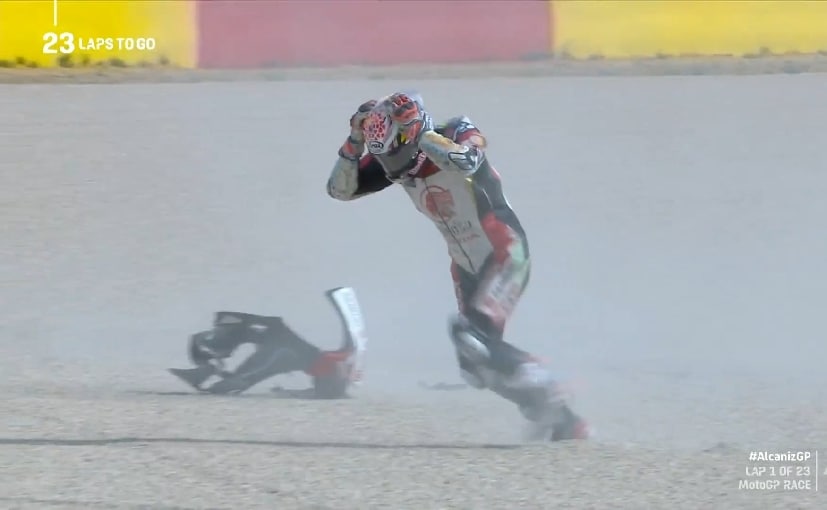 The race started with Takaaki Nakagami on pole with Morbidelli starting second. However, it was only a few corners later that disaster struck for Nakagami who crashed out on the opening lap. Morbidelli was now leading the race with Johann Zarco of Avintia Ducati hot on his tail, along with Rins. It didn't take long for Morbidelli and Rins to break away from the rest of the pack.

At the back, Alex Rins on the factory Honda was charging towards the top riders starting from P10 and was the only rider to choose a front hard tyre as an option. The rider did come close to taking his third consecutive podium, but had a crash on Lap 14, making his the second Honda to be retire from the race while in fifth place.

Meanwhile, Zarco was now catching up with the top two riders and he was about seven-tenths of a second down on Rins in the early stages but could not match the pace of the Suzuki. The rider was relegated to P4 after an 11th starting Mir jumped to P5 on the opening lap and then went on to pass Zarco on Lap to take third. The top order was set from hereon until the end of the race. 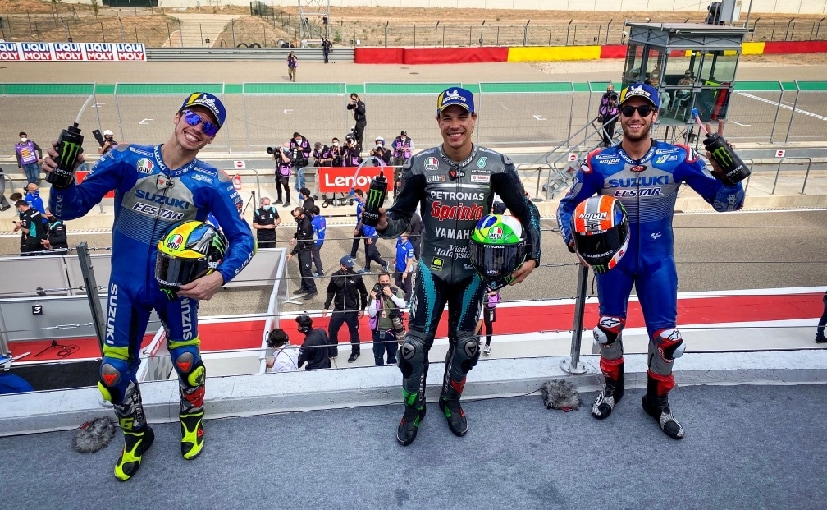 On the Podium - Franco Morbidelli, Alex Rins and Joan Mir

Morbidelli was comfortable at the top and crossed the chequered flag with a gap of 2.205s over Rins. Mir, on the other hand, was a distant third, over 3s off his teammate. Pol Espargaro charged his way to P4 in the later stages, finishing ahead of Zarco who  was still the fastest of the Ducati riders. Miguel Oliviera on the Tech 3 KTM took P6 ensuring two KTMs were in the top six finishers of the race.

The race was largely forgettable for Yamaha's Maverick Vinales, while Fabio Quartararo on the second Petronas bike failed to make an impression as well, finishing at P7 and P8 respectively. However, the riders did fight hard to grab the points despite pace issues. Tech 3 KTM rookie Iker Lecuona showed impressive pace to take P9 with Danilo Petrucci rounding up the top ten.

LCR Honda's Cal Crutchlow secured 11th ahead of Stefan Bradl on the factory Honda taking P12. With two of its promising riders crashing out, this was the best result for HRC this weekend.

Andrea Dovizioso managed to rise up to P13 after a string of crashes, having started 17tth on the grid. The final points were grabbed by Tito Rabat of Avintia Ducati and Bradley Smith on the Aprilia, rounding up the finishers.

The Teruel GP has a number of DNFs including Aleix Espargaro of Aprilia, Francesco Bagnaia and Jack Miller on the Pramac bikes, Brad Binder on the factory KTM, apart from Nakagami and Alex Marquez. Valentino Rossi missed out on the Teruel GP as he recovers from COVID-19. Yamaha did not field a replacement for 'The Doctor' in this round.