Jaguar's compact sports sedan is back in a refreshed avatar. It attempts to make up for all that it missed in its first outing. Like any facelift, the makeover does see styling changes, but the cabin gets a major and much needed overhaul. 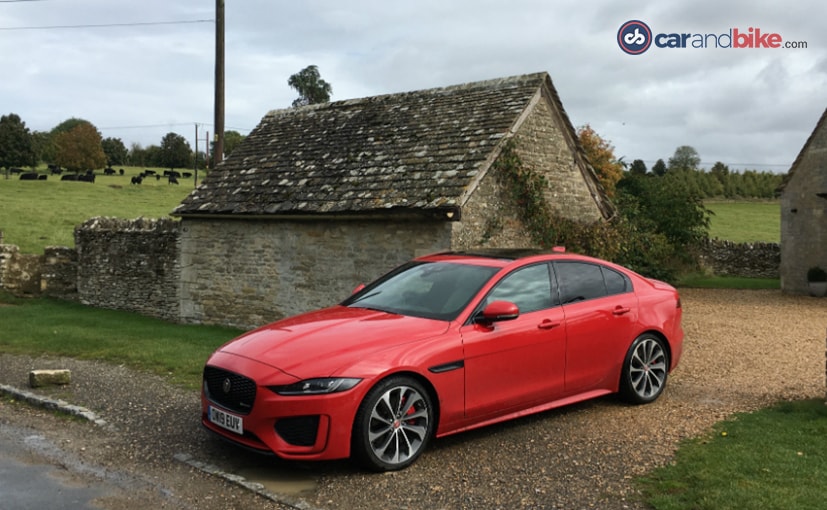 The Jaguar XE was a long time coming. For years we waited for a compact sedan from Jaguar and then the XE finally gave us that in 2015. And true to the promise of being Jaguar, the XE gave us a dynamic, taut and very sporty sedan - ready to challenge the benchmark BMW 3 Series. But while it did do that well on dynamics, its score on the luxury side of things fell short. But now with the facelift, the model year 2020 car is all set to change that. Before I get into those details however, first the customary stuff - if it's a facelift, it got to look kind if different doesn't it? 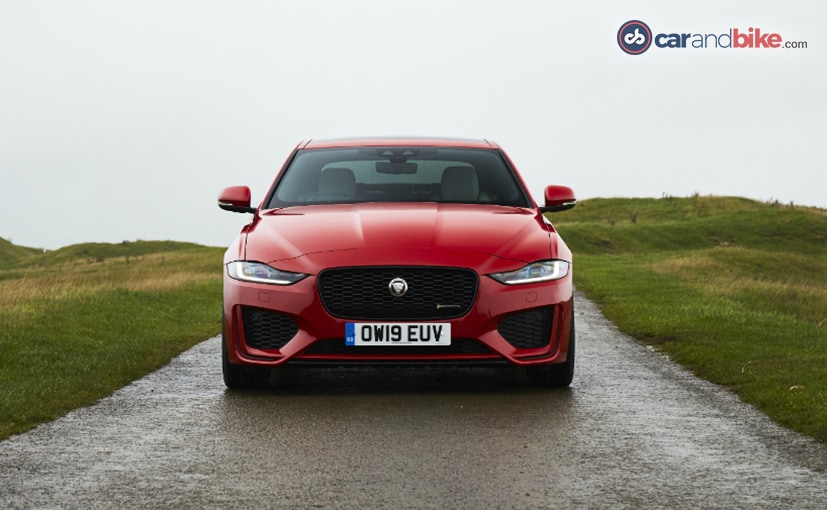 (The Jaguar XE Facelift gets slimmer LED headlamps and the grille is now slightly wider too. It means business!)

So after making it's debut globally in Geneva earlier in the year, the car is now ready for it's India debut. And as facelifts go, of course there's going to be a few styling changes that the designers would have carried out just to make you think it is new and improved. And the big difference here is an attempt to make the car look like it means business. So the lights have been made slimmer, and they are all LED. It's the same with the taillight treatment as well. The grille is wider, the bumper appears wider as its been flared out a tiny bit to give a sense of that exaggerated width. The whole design appears to be intentionally moving from being upright to being wider now. As a result, the new Jaguar XE now looks more planted, more in keeping with its character of being a sports sedan. 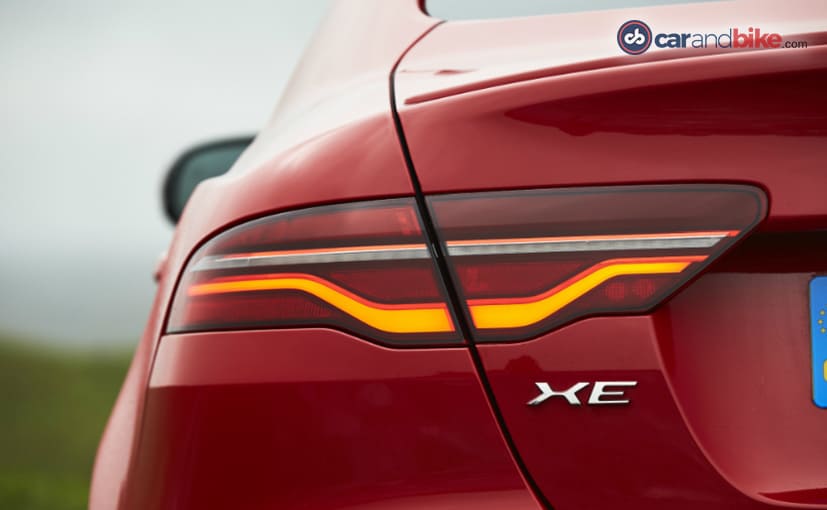 Yes the look works. It also makes the car look more premium. The larger front grille and new feel Jaguar logo also add to that perceived sense of quality. The car is well finished, and well built, and now that shows through. The car with me is the R-Dynamic trim, but we won't be getting that. We would have the S and SE trims on the car. So no glossy black edged grille or R-Dynamic elements. But still the cars looking more premium for sure. 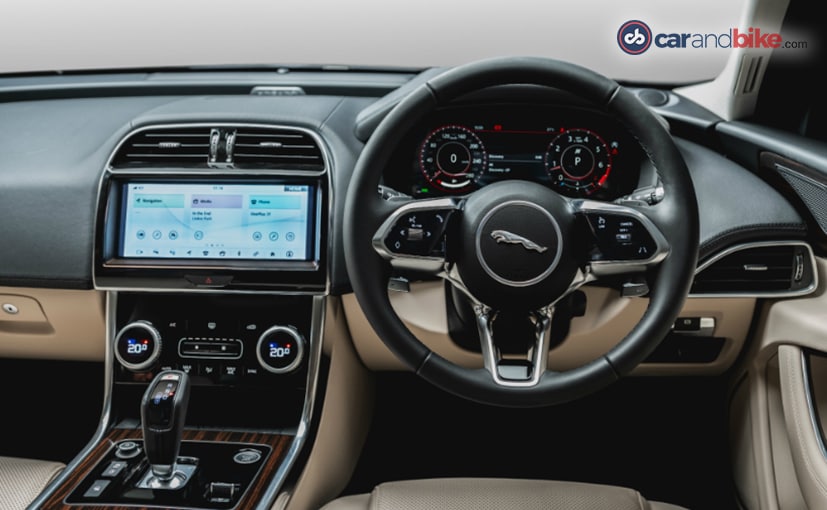 (The cabin is where the XE facelift gets maximum updates. The dashboard looks and feels more premium now)

Now when the XE had first come out, nobody had a problem with how it looked on the outside anyway. It was a pretty baby jag. It drove phenomenally well. It was really the inside, the cabin that was the big Achilles heel - and so that's where Jaguar got a lot of stick for not looking the part of a luxury offering. And so that is what needed the most attention on the facelift. Luckily that has indeed been the area Jag has worked on the most, because it's a completely refreshed cabin. Every bit of material has been reworked - and that's both in terms of texture, colour, trim and quality as well. It all looks a lot more refined, a lot more elegant and in terms of layout too some of the tweaks on the dash make it look less heavy. You also got a much wider touchscreen in the middle, and the two dials in the lower console for the climate control, also look nice. 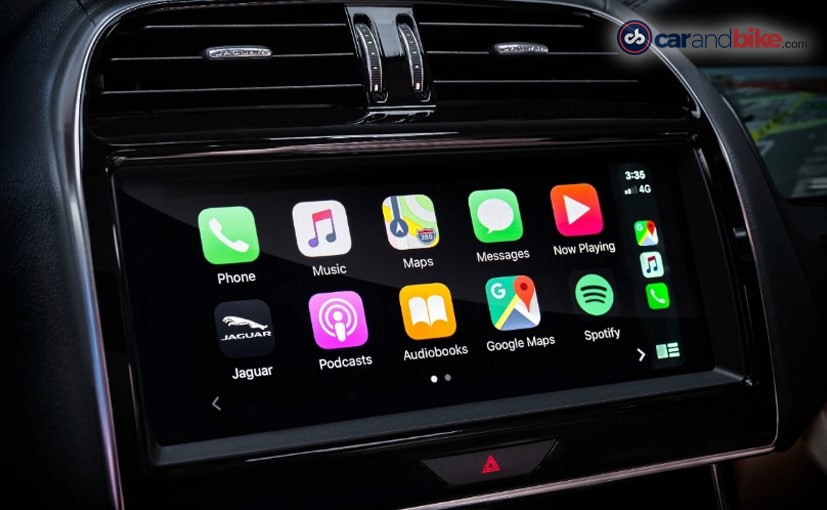 You've also got a toggle switch for the different drive modes rather than different buttons, so you don't have to take your eyes off the road. There's an improved head up display. There's little bit of the tweak on the Virtual instrument cluster and of course on the steering wheel too. So I have to say, the car looks a lot more swanky, lot better put together and a lot more appealing on the inside. Yes that virtual cluster and new interface on the InControl Touch Pro system is very slick. In other markets the car gets Touch Pro-Duo - meaning the lower console is also a touchscreen like in the Velar etc. But India ain't getting that. Still the single screen layout is also quite nice. And doesn't deviate from the design on the layout with two screens. 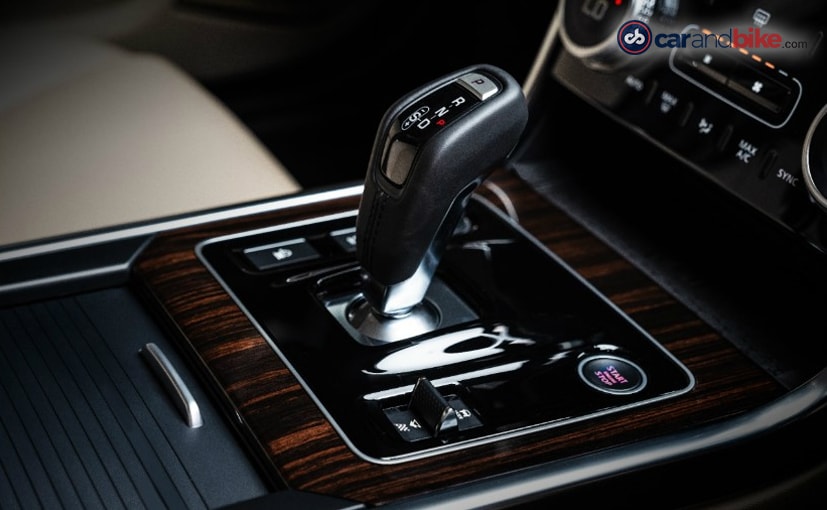 (The rotary knob has now been replaced by a stick-like shifter, which adds to the sporty appeal inside the cabin)

The rotary dial gearshift has been replaced by a stick-like sport shifter - I get that as being more in keeping with the car's character. But I am torn on this - the rotary dial rising up when you would start the car was an 'aha' moment for many - especially buyers stepping into Jaguar for the first time. But yeah in the JLR universe the shifter makes more sense on a car like the XE. Now you're wondering how it drives, right? 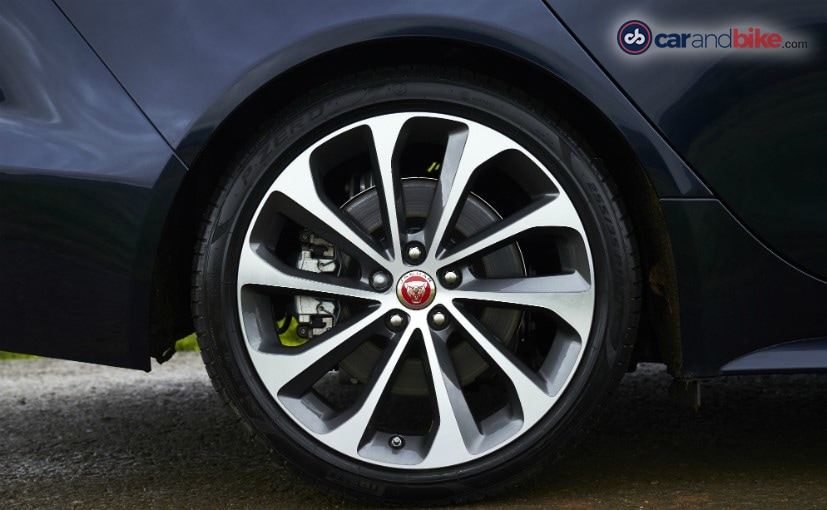 If it ain't broken, don't fix it. Well just like they took all of that feedback in making the car more luxurious more seriously. Jaguar says it also listened to customers on the feedback on how the car drove. And that was an area where there was absolutely no complaint whatsoever. I tend to agree, because even though there are no mechanical changes (and typically in updates you expect one), I don't think any were needed. So you got both the petrol and Diesel as they were. The ride and handling also continues as before, and that's the part of the car that has always been fun because it does live up to being a nice sporty sedan. 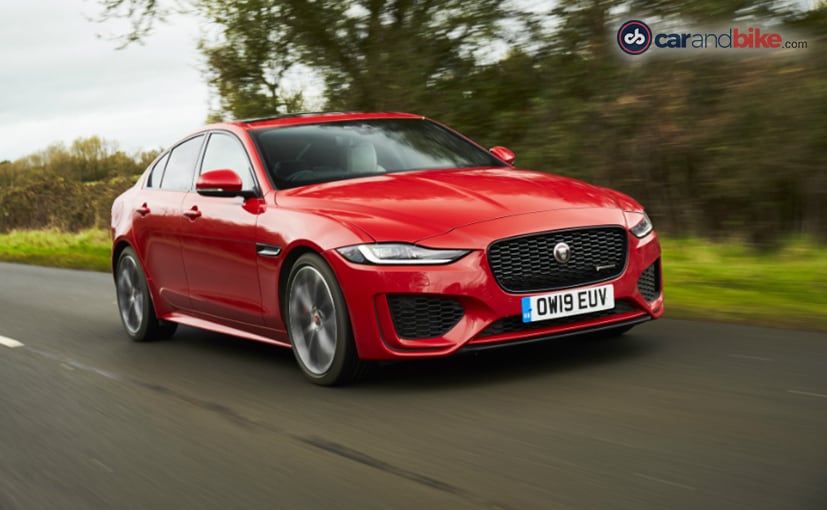 (The 2.0-litre petrol Ingenium engine is fun and has impressive road manners)

The petrol engine is fun - but more it is the handling and road manners of the car that will impress you more. The numbers do look good, but yes while we get the 2-litre, 4-cylinder Ingenium only, other markets do get more and less powerful variants. We got to drive the more powerful 297 bhp output version of the same engine, on the R-Dynamic XE and while it definitely drives better, I won't go too much into it since we won't be getting it anyway! 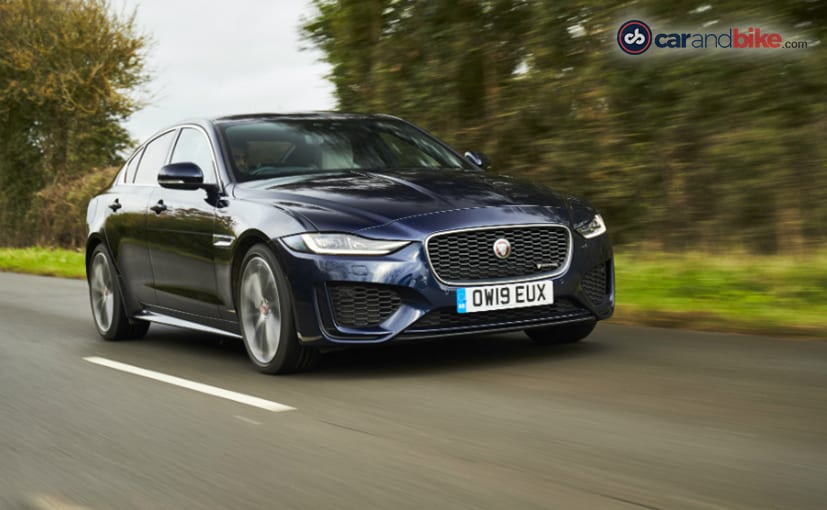 (The diesel variant gets a 2.0-litre unit and is available in India as a BS6 model too)

JLR brand cars will continue with diesel post BS6. This is something that the company confirmed quite some days ago. But the XE will first launch as petrol only. Well the car launching before the year ends out means there's no rush to bring in the diesel. That will only happen once that transition to BS6 goes through. And so that means petrol for the first few months, diesel after April. The diesel will be the 2-litre Ingenium too, with 176 bhp and 430 Nm of torque. Like the petrol this too is rear wheel drive only. Again some markets do get an AWD option.

The car is fairly well loaded in terms of driver aids, and also gets torque vectoring for maximum control. It also still has the ASPC or all surface progress control cruise control that monitors traction requirements and responds optimally. The car gets Eco, Comfort, Dynamic Rain, Ice, Snow driving modes. It will be assembled at JLR's Pune plant, and the prices start at ₹ 44.98 lakh (ex-showroom, India).

At present, its closest rival is the new BMW 3-series which was launched in India a few months ago and being a completely new-generation model, the 3-Series does offer a lot, in the segment. The prices for the 3-Series start at ₹ 41.4 lakh undercutting the XE facelift by ₹ 3.58 lakh. Although a buyer in this segment may not be influenced by the difference in the starting price. 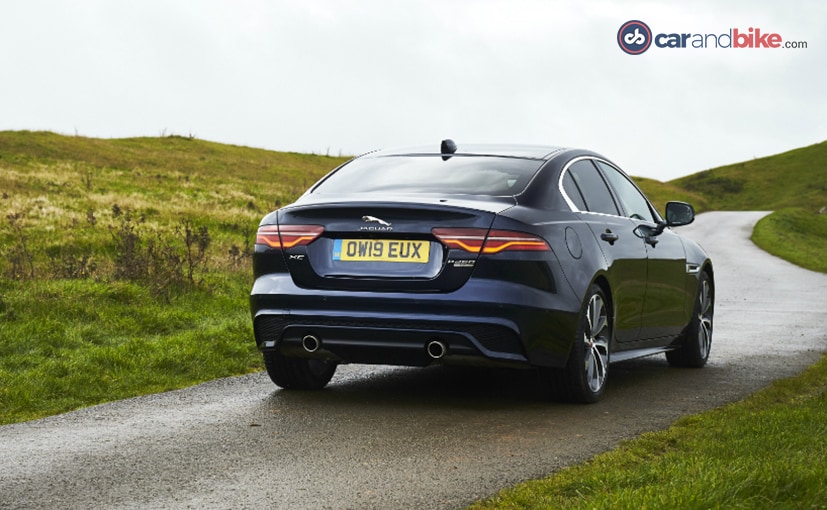 (In India, the Jaguar XE goes up against the BMW 3-Series and Mercedes-Benz C-Class)

The great news is that the XE becomes a lot more relevant and worthy of its tag now of a premium sport sedan. The dynamics remains great and the cabin has caught up to the plan. This makes the car more appealing and there's enough here for the Indian buyer too. The rear being relatively cramped when compared to the newer BMW 3 series and even Audi A4 will be the big challenge for JLR in India given most buyers in this segment remain largely chauffeur driven. But from being out of the consideration set in many ways the XE re-enters it in style. Now the onus is on JLR and its dealers to effectively take that message to buyers.